Why do I find it hard to write the next line?
Emily M. Keeler, “Absurd Thunder” 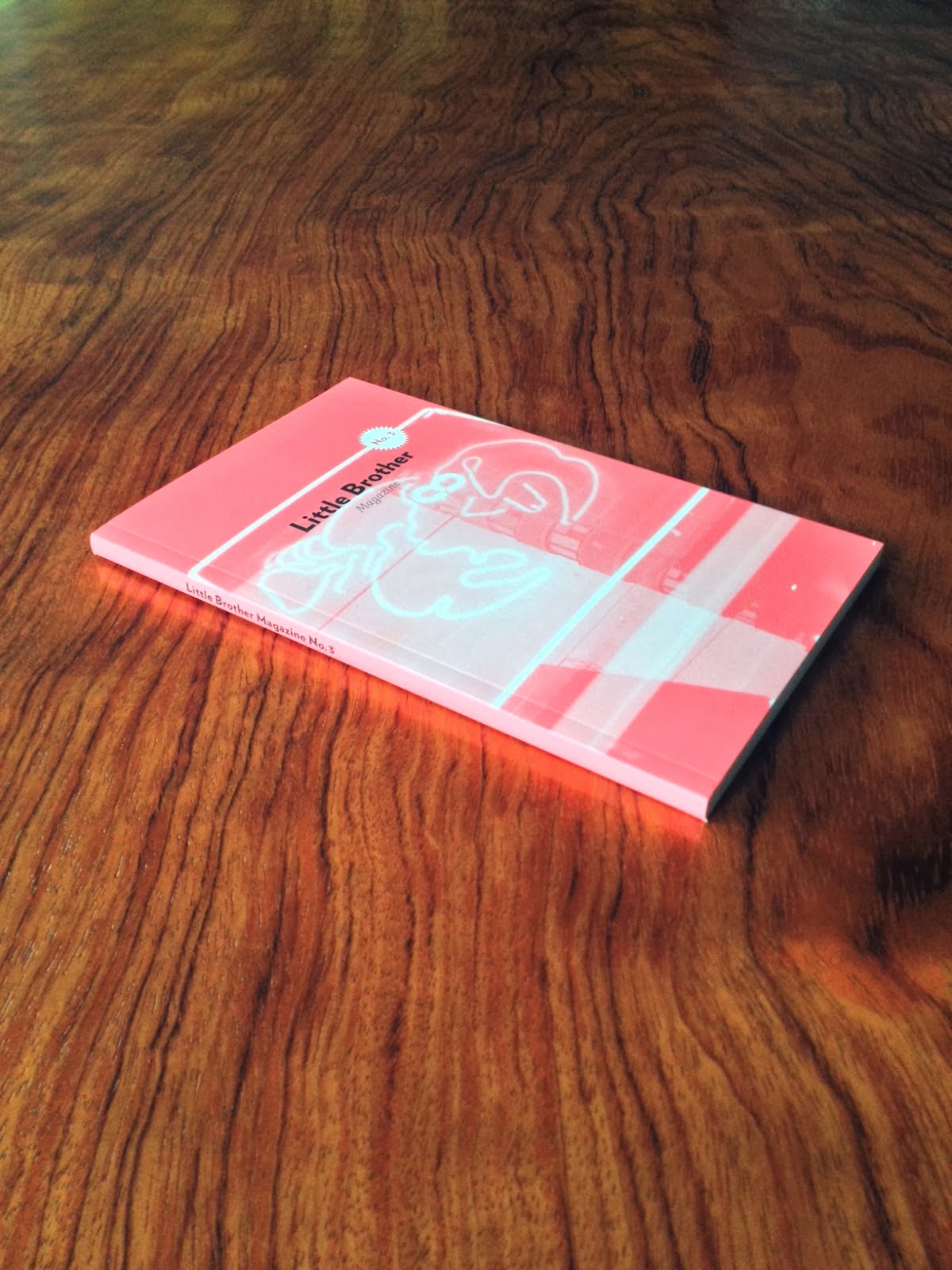 I very like what Toronto editor Emily M. Keeler has been doing with her new literary journal, Little Brother Magazine. There’s a brashness, a sassiness, a pop sensibility and a complete openness she brings to each issue, selecting and soliciting short fiction, poetry, artwork and non-fiction that, almost beyond logic, manage to fit together seamlessly. It’s as though whether you like every piece in each issue or not, this is very much something you should really be paying attention to. As Keeler writes to open her introduction, “Absurd Thunder / What’s the Deal with This Pop Life?”: “To everything there is a season, but pop is perennial. A sensibility founded on immediacy, pop endures beyond the presents of yesteryear into our lives, a peaceful easy feeling that helps us get it on and ehcks us in to the heartbreak hotel. More than a feeling, pop is a sound and a spirit, a way of wanting the world to take on a sweeter shape.” In this issue, Nyla Matuk’s short text sequence corresponds to a photo-essay by Christine Kwan, “Effervesco,” that includes:

5.
Montreal, 1991. On the round buzz of noon, Rapido Diner, corner of Mont-Royal and St-Denis. Weak December light—an all-day sunset. I order a Fanta float for the glamour. When the sun sets, ghosts haunt the arcades down at the Old Port. I listen for the foghorn. People leave the docks like fireflies, straight up into Old Montreal, further up into the city. At the top of the mountain, the cross shines in the crisp night air.

The issue includes a variety of odd and intriguing bits, from Stephen Thomas’ short story, “’Brownsone’ by Renata Adler, 1973,” to Jess Taylor’s short story “Paul,” the essay “Hard to Explain” by Sara Black McCulloch, and the horoscope “Feel-Good Futurisms” by Rea McNamara (with illustrations by Jenn Kitagawa). Otherwise, Toronto writer, editor and wrestling enthusiast Spencer Gordon includes an intriguing essay on professional wrestling, “Getting Over,” which provides a certain kind of context for some of the work he’s been doing lately, including his short story collection, Cosmo (Toronto ON: Coach House Books, 2012).

Let’s face it: wrestling is goofy. By even the most ardent fan’s standards, the WWF’s storied heyday was indeed clownish, often achingly farcical (and things are only slightly more ‘serious’ twenty-five years later). Beneath the rock ‘n’ roll shadow of Hulkamania and the Mega Powers, a legion of live-action cartoon characters and rank cultural stereotypes brought wrestling to the masses. This was the era of career- or ethnicity-based caricatures, guys like Brutus ‘The Barber’ Beefcake, The Honky Tonk Man, Jake ‘The Snake’ Roberts, ‘Rowdy’ Roddy Piper, Irwin R. Schyster (or I.R.S., an evil tax agent), and so on, forever, into the Attitude Era of the late-‘90s and the brand extensions (and eventual PG’ing) of the 2000s. As such, it’s easy to imagine that much of the online nostalgia and fetishization for the period is all in good fun, created by and for long-time fans of the genre—youngish adults in their late-‘20s/early-‘30s who ache to reignite some innocent embers of their childhoods.