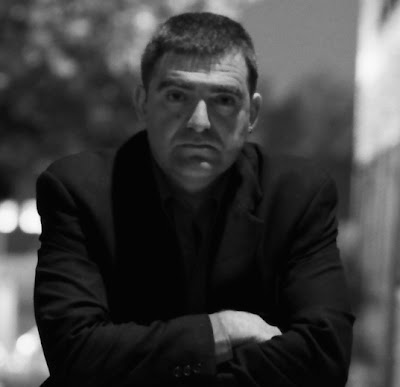 Nino Ricci’s first novel, Lives of the Saints, garnered international acclaim, appearing in fifteen countries and winning a host of awards, including, in Canada, the Governor General's Award for Fiction and the Books in Canada First Novel Award, and in England, the Betty Trask Award and the Winifred Holtby Prize. It formed the first volume of a trilogy that was completed by In A Glass House and Where She Has Gone, which was shortlisted for the Giller Prize for Fiction. The Lives of the Saints trilogy was adapted as a miniseries starring Sophia Loren, Sabrina Ferilli, and Kris Kristofferson.

Ricci is also the author of Testament, co-winner of the Trillium Award and shortlisted for the Commonwealth Prize for Canada and the Caribbean and the Rogers Writers’ Trust Fiction Prize. In 2006, Ricci was the winner of the inaugural Alistair MacLeod Award for Literary Achievement.

Born in Leamington, Ontario, to parents from the Molise region of Italy, Ricci completed studies at York University in Toronto, at Concordia University in Montreal, and at the University of Florence, and has taught both in Canada and abroad. He is currently the Killam Visiting Professor in Canadian Studies at Bridgewater State College in Massachusetts. He is also a past president of the Canadian Centre of International PEN.

Nino Ricci’s newest novel is the The Origin of Species. According to the Toronto Star, it is “Ricci’s masterstroke to date . . . . An ambitious, thrilling novel that resists encapsulation and takes not a single misstep.” The Origin of Species earned Ricci his second Governor General’s Award for Fiction. In spring 2009 Ricci also published a biography of Pierre Elliott Trudeau as part of Penguin’s Extraordinary Canadians series.

The success of my first book allowed me to continue writing on a more or less full-time basis afterwards, which has been an incredible luxury.

My most recent novel, The Origin of Species, shares some similarities of tone with Lives of the Saint and covers some of the same thematic material, but from a somewhat more nuanced point of view, I think. It also tackles different issues that are more relevant to me now, or that I have a better perspective on--the issue of parenthood, for instance.

As an undergraduate I studied mainly poetry rather than fiction, and for a time even wrote poetry. I have often felt, in fact, that most of whatever is good about my fiction I learned from poetry. But I always felt like an interloper in the land of poetry, whereas I had been drawn to writing fiction, and particularly long fiction, ever since the second grade. As for non-fiction: probably from the first time I read a biography, back in my teens, I had the sense that non-fiction was somehow less honest and less true than fiction, because it had access to so much less information than fiction did and had so many biases and agendas.

Some projects go quickly and well, others not. With the years, each project seems to take longer, I'm not sure why. My resistance to beginning grows greater as well, perhaps out of fear of failing, or because my expectations are always getting higher. And my first drafts seem to get worse and worse. My first drafts seldom look anything like my final ones. They serve essentially as my notes, my outline, where I let every possible version of things have its say before I ferret out the one that will become the final work.

My books usually come to me as a whole, and usually years before I start writing them. I get ideas constantly, but only a few of those stay with me, and these I keep coming back to again and again, not so much to flesh out their details as to test their endurance.

I generally enjoy readings because they are a way to get out of the house and to meet actual readers. If not for readings, the circle might not feel closed; it might feel--it in fact often does feel--as if one were sending one's words out into the void. So in that sense readings help my creative process, by helping to assure me that there will be an audience out there who will care in some measure about what I write.

These sorts of questions are rather difficult to answer. Maybe "theoretical" is not the right word. The concerns are more practical. Why are we here? What does it mean? What is the right way to live? Concerns like that. In a nutshell: how do we make sense of everything? I think that is the main question for most novelists.

Again, a rather difficult question. There are many different types of writers, of course, and different types of writing. The job for the novelist, I think, is as above: to try to make sense of everything. Other fields of knowledge try to make sense of their own little wedge of the pie, but novels, like other narrative forms--the epic; the feature film--try to fit in everything.

Both. I have been very fortunate, of course, in having had brilliant editors, from my advisor when I was a grad student in creative writing at Concordia University, Terence Byrnes, to Jan Geddes at Cormorant, Ellen Seligman at M&S, and Martha Kanya-Forstner at Doubleday. Most writers, I think, are very grateful for their editors, who save them from many public embarrassments. That has certainly been my own case.

For writers? Keep writing. Paul Quarrington's advice for writers also always struck me as particularly sound: if you want to make it as a writer, just make sure you write better than everyone else.

10 - How easy has it been for you to move between genres (fiction to non-fiction)? What do you see as the appeal?

To be frank, I found non-fiction easier than fiction--the story was there, after all, so I didn't have to deal with the paralyzing doubt about where I was going that dogs me when I write fiction. That said, I hold to my comment above, that it seems rather less likely one will arrive at the truth in non-fiction than in fiction.

I write when I can, which is usually between 9:30 and 3 or 4 or 5 most weekdays, depending on other professional and domestic obligations. I used to keep longer hours when I was childless, though I'm not sure I wrote any better. I certainly wasn't any happier.

When my writing gets stalled, I'll let you know.

I gave that up a while back, probably five or six years ago. I think my last incarnation was as Darth Vader.

Of course there are other influences. Film has been a big one for me, particularly Fellini, but also all the late-night Jack Lemmon and Shirley Maclaine movies I watched as a kid. Increasingly, the internet is an influence. In short, everything is an influence.

Oh, god. I don't think I can say this in print.

Can one really answer a question like this? It was what I was good at, I suppose. It was what I liked doing. It was my only option. It was the only thing that would make me happy (relatively speaking, of course).

Posted by rob mclennan at 8:02 AM
Labels: 12 or 20 questions, Doubleday, McClelland and Stewart, Nino Ricci, Penguin