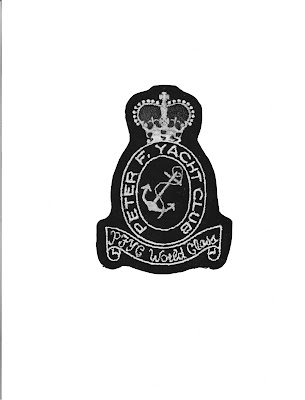 March 2010 (from one centre to another—a Toronto issue)

with new writing by a host of yacht club regulars & irregulars:

published in Ottawa by above/ground press

Anita Dolman is a writer and editor whose poetry and/or short short fiction has appeared in various journals, websites, chapbooks and magazines, and in the anthology Decalogue: ten Ottawa poets (Chaudiere Books, Ottawa, 2006). She hasn’t appeared in PFYC since issue #6; we’ve missed her a lot. ☺Christopher Doda is a poet, editor and critic living in Toronto. He is the author of Among Ruins and Aesthetics Lesson, both from the Mansfield Press. He is an editor at Exile: the Literary Quarterly and book review editor for the online journal Studio. ☺Amanda Earl’s recent surgery and hospitalization prompted the poems in this issue of the PFYC. You can read about her recovery at www.firebirdsandphoenix.wordpress.com. other details are at www.amandaearl.com. ☺ Sharon Harris has lived in Toronto since 1992 but grew up in Sarnia, Ontario, with brief stays in Burlington and Bowling Green, Ohio. “For All Who Grew Up In The Ghetto of Ontario (Global Chapter)” consists solely of lines taken from Facebook groups about Sarnia, and is part of a new manuscript, Chemical Valley Girl. She loves Toronto: her first book, Avatar (The Mercury Press) was published here; she was Books Editor at Torontoist.com; her photography exhibition, I Love You Toronto, was a love note in graffiti to the city. She blogs at http://theiloveyoublog.com/ and curates http://iloveyougraffiti.com/.☺ Lainna Lane El Jabi has lived in Ottawa, Montreal, Vancouver, Edmonton and most recently Toronto where she is in the midst of an MA at Ryerson. A former editorial member of Edmonton’s Olive Reading Series and Other Voices literary journal, she also mixes a fabulous mint julep. Other work has appeared in The Peter F. Yacht Club #10, The Garneau Review and ottawater, as well as a couple of Olive Reading Series chapbooks, and a collaborative chapbook with Trisia Eddy, published by Red Nettle Press. ☺ Ottawa poet Karen Massey's work has appeared in numerous anthologies and journals over the years, most recently in Ottawater Vol 6, as well as Decalogue: ten Ottawa poets (2006) and Shadowy Technicians: New Ottawa Poets (2000). Currently she writes at night and works daily as a technician, wearing a white lab coat disguise buttoned over her wild heart. ☺ Marcus McCann is the author of Soft Where (Chaudiere Books, 2009) and seven chapbooks. He's a winner of the John Newlove Award, the Rubicon Midwinter Chapbook contest and he was longlisted for the Robert Kroetsch Award for Innovative Poetry. After eight years in Ottawa, Marcus now lives in Toronto. ☺ rob mclennan is the author of a second novel, Missing Persons (Mercury, 2009) and two new poetry titles: wild horses (University of Alberta Press, 2010) and kate street (Moira, 2010). He is currently dividing his time between Ottawa and Toronto, and blogs at robmclennan.blogspot.com. He doesn’t want you to notice he is taking (slowly) over. ☺Pearl Pirie’s work has appeared, or will shortly appear, in PRECIPICe, Dandelion, The Puritan and ditch, anthology 2 (canadian women) (innovative poets). She last appeared in chapbook form with the ampers&s in Pent Up. She has a chapbook, over my dead corpus coming out with AngelHouse Press forthcoming and a collection this fall with Chaudiere Books.☺ Roland Prevost has three chapbooks: Metafizz (2006, Bywords), Dragon VersesOur / Are Carried Invisibles (2009, above/ground). Maybe half a hundred individual poems, or shorter collections, published beyond that. As an amateur astronomer, he loves to observe the night skies through telescopes. (2009, Dusty Owl), ☺ Monty Reid lives in Ottawa and recently retired from his job at the Canadian Museum of Nature. His recent publications include A Poem that Ends with Murder (Apt 9 Press), The Luskville Reductions (Brick) and Disappointment Island (Chaudiere). ☺ Stan Rogal has had work published in numerous magazines and anthologies in Canada, the US and Europe. He has 15 books – 3 novels, 3 story and 9 poetry collections with a few mss stuck away in the backs of drawers if anyone is interested. He's also a produced playwright.☺ Fenn Stewart reads and writes in a skinny old house in Toronto. She used to live in Montreal and Vancouver and probably will again, someday.☺ Janice Tokar has been published previously in Ottawater 6.0, the Peter F. Yacht Club, the Bywords Quarterly Journal, and at Bywords.ca. She lives in Ottawa, and has been a guest reader for The A B Series, the Muses and above/ground press. ☺ Natalie Zina Walschots’ first book of poetry, Thumbscrews, was published by Snare Books in 2007. Her newest manuscript, Supervillains, is nearly complete. Her work has recently appeared in Rampike, A4, Open Letter, Misunderstandings Magazine, Last Supper, ditch and dANDelion. She has served as the Managing Editor of both filling Station and dANDelion magazines. She also co-curated the Flywheel reading series from 2005 to 2008. Natalie completed her MA in English/Creative Writing at the University of Calgary. She currently serves as a board member for Toronto’s Draft reading series. She is also a part of the collective behind Small Print, a workshop and reading series for young writers. Her current base of operations is located in Toronto. She lives in a menagerie with several humans, two cats, and a dog.

Posted by rob mclennan at 6:04 AM
Labels: Lainna, The Peter F. Yacht Club