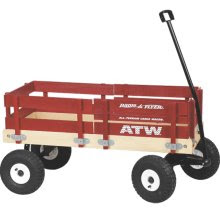 March, lions and lambs. Spring. Where does the time go, exactly? I’m hoping you’ve read the new issue of ottawater by now (thanks to Todd Swift, who recently gave it a nice nod, ). Apparently some places are noticing a few things I've been up to lately, including my new University of Alberta title, such as here and the Edmonton Journal (and this photo of Pearl & Brian Pirie going through such). Will I see any of you at my forthcoming Dusty Owl reading, as I launch it and that second novel (we won't even talk about how I'm forty in two weeks...)? Already plans in the works for a further Art Bar Reading in Toronto on August 10th, myself, Sandra Ridley (with her first book by then) and Marcus McCann.

Toronto ON: Part of what I’ve always kept my eye open for have been those rare appearances of a new publication by Toronto poet Shannon Bramer, author of the trade collections suitcases & other poems (Exile, 1999), scarf (Exile, 2001) and The Refrigerator Memory (Coach House Books, 2005), as well as the chapbook poem(s) on the stairs (above/ground press, 2002). Newly out is Be Mine (subtitled “poems for you know who,” BookThug, 2010), published (as the colophon tells us) “in February 2010 so that the author may hang around in coffee shops in the west end of Toronto selling love to raise money for the victims of Haiti.” (I can only hope there’s enough love to go around).

Once upon a time the editors said please don’t

send us any Poems about Poetry –

Please don’t send us your Love Poems – Now all the

good Poems are about Poetry but they still

Reject Poems about you know what – they

go for this kind of thing you don’t

have what we’re looking for right now. You should go

take this somewhere else (or) try us again

in the future. Keep writing.

A lovely little collection, I quite like the smooth lyric she’s been crafting over this past decade or more, and books for and/or about love have certainly become unfashionable, as far as the “serious writer” is concerned (treated worse, I’d say, than “humour” in poetry). Bramer, though, manages one that’s comfortable and more open, in a blending, almost, of her own sensibilities with the sentiment of iloveyougalleries author/curator Sharon Harris; why does it have to be so rare for a (serious) poem to be so open? I mean, what happened to the lyric love poem, forced to go into hiding, buried under other means, whether sly irony or undercuts? I celebrate Bramer, not only for this, but for a graceful publication of fine poems. Where (else) is the love?

A Love Poem with Soft Shoulders

They warned me it would happen.

The shoulders are so personal to me,

you may not touch other shoulders.

when the clock ticks me, licks me.

I can’t change because this is how I Love.

Men will eat you up, she said men

do not want to be followed around.

I’m sneaking up on top of you tonight.

I’m planning on waking you, okay?

to kiss you I am here to put my nose in –

dominate her life she will be Sad.

Don’t be so hungry all the time or

you will get fat for him, FAT!

Don’t tell him how you want it.

Vancouver BC: Another chapbook after three trade poetry books is from BC poet Jacqueline Turner—author of the ECW poetry collections Into the Fold (2000), Careful (2003) and Seven into Even (2006)—her latest publication, The Ends of the Earth (Vancouver BC: Nomados, 2009).

so much to say

now that you/we are

where one at a time

does not even make

can type and talk

moment and drive and

give birth and fuck while

arms should rest to look

Turner writes of endings, ends, continuations and new beginnings, often concurrently. Turner’s poems in this small collection are all about perspective, it seems, turning, twisting and morphing. When is an end an end, and not? Who is the perspective, exactly, being written for, or from?

cadences that should be banned

rivers get written up and

their energy sold such paper

or searching for clay babies