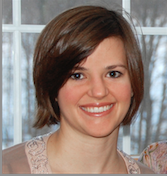 From early April to early June, I’m featuring short interviews with the authors of the six shortlisted titles for each of the three awards run through The League of Canadian Poets – the Raymond Souster Award, the Gerald Lampert Memorial Award and the Pat Lowther Award. Today’s feature is Toronto poet Julie Joosten, whose book Light Light (Toronto ON: BookThug, 2013) is on the shortlist for the 2014 Gerald Lampert Award. The winners to all three awards will be announced on Saturday, June 7, 2014 at The League of Canadian Poets 2014 Annual General Meeting in Toronto.

Julie Joosten grew up in Marietta, GA and lives in Toronto.  She has an MFA from the Iowa Writers' Workshop and a PhD from Cornell University; her first book Light Light was published by Book Thug in 2013.

1. Light Light is your first trade collection of poetry. What was your process of originally putting the manuscript together, and how long did it take? How do you feel your concerns as a writer has developed over the space of starting the collection to finally seeing a finished copy at your front door? How do you feel the work, and even the process of writing, evolved?
I wrote the manuscript for Light Light over three years. I wrote the middle of the book first, in a workshop I took at the Toronto New School of Writing to help me break a year of silence after I graduated from my MFA. Only a handful of lines and a few poems in Light Light are from my MFA thesis, and it felt good essentially to rebegin. The other sections I wrote slowly, guided by my reading, which was guided by emerging interests that became obsessions, all of which surprised me. I realized as I working on the poems that I’m continuously curious about movements of thought and thinking and about how they relate to modes of feeling. I wanted to explore the question of forms of thought that take place as feeling—how do they occur, what do they consider, how can they be experienced?  This interest became intertwined with my developing fascination with the relationship between botany and colonialism in the 18th and 19th centuries. I think the process of writing the manuscript was a way of exploring these concerns together.

2. Who do you read to reenergize your own work? What particular works can’t you help but return to?
Anything and everything by Mei-Mei Berssenbrugge, Lisa Robertson, Amitav Ghosh, Dorothy and William Wordsworth, Rousseau, Emily Dickinson, Iris Murdoch, Simone Weil, Clarice Lispector, the list goes on! . . .

3. In an interview posted on The Malahat Review website, you speak of how, in “The Sun Estate” (the poem that won their 2011 Long Poem Prize), you were “interested in the way that a landscape can be a subject […]” I’m curious as to how the community of writers around you in Iowa City and Toronto, as well as the physical landscapes of the two, might have contributed to your work, and the differences you saw between them?
I could also have said I’m interested in the way thoughts that get shared among a community can form a landscape that can be a subject! I really like this question because I feel strongly that the thoughts and feelings and words and ideas and imaginations of other people have formed Light Light. It’s a pleasure—at times an uncomfortable one—to sit with their language and thinking and feeling and to be changed by it. I’ve been very grateful for the communities of writers I know and also for those I don’t know, whose influence has come to me through their works.

As for the landscape in Iowa, for me, it was especially about experiencing all of the angles of the sun. As you drive out of Iowa city and out across farmland and plains, there’s nothing but field and sky and cloud and sun. I grew up in Georgia and have spent most of my adult life in the East of the US and now in Toronto--places full of beautiful trees the sunlight moves through. But living in the Midwest, I had my first unobscured relationship with the sun. It was opening.  Now for the first time in my adult life, I have two dogs.  And I walk them everyday, often twice a day through Toronto; we have several routes that we repeat periodically throughout the week. I love these walks because we’re essentially low to the ground and we repeatedly return to the same trees, plants, houses, gardens, road kill, graffiti, billboards, corner shops, schoolyards, etc. watching everything alter minutely over days, weeks, and seasons.

4. Later on in the same interview, you discuss “the page as a field to be explored,” and I’m curious about the connections there might be in your mind between the field of the page (in the Charles Olson sense), and the fields of ecological attentions you bring to your poems. How might your two fields connect?
The field is something alive, something that can be active and activated, and I like to think of the white space of the page as part of the poem and the poem as part of that space. They form an ecology that the reader’s eye traces.

5. How do you feel about the form of what is emerging as “eco-poetry,” and how do you think your work connects to some of those traditions and concerns? What works and/or writers might have been your models for such in Light Light?
I think of what is now often called “eco-poetry” as a form that has been around for a long time.  Lucretius’s and Virgil’s works are examples. My models are more contemporary, but not entirely contemporary:  Dorothy and William Wordsworth, John Clare, Keats, Rousseau, Emily Dickinson, Thoreau, Darwin, and Maria Sibylla Merian have been my greatest “eco-poetry” influences. Recently, I’ve enjoyed reading works by Mei-Mei Berssenbrugge, C.S. Giscombe, Brian Teare, Leslie Marmon Silko, Juliana Spahr, and Cecilia Vicuña.

6. Literary awards have been known to shine spotlights on individual works and authors, as well as writing generally, but has also sometimes brought with it a particular kind of pressure, and a frustration for those works overlooked by awards. As a writer, reader and, now, shortlisted writer, what are your feelings on literary award culture generally?
Awards are certainly not a meritocracy, and I take my own work being shortlisted with a grain of salt. But awards and shortlists do help build an audience for books and authors that they might not otherwise have had, and I appreciate that aspect of them.
Posted by rob mclennan at 8:31 AM
Labels: BookThug, Gerald Lampert Memorial Award, interview, Julie Joosten, The League of Canadian Poets