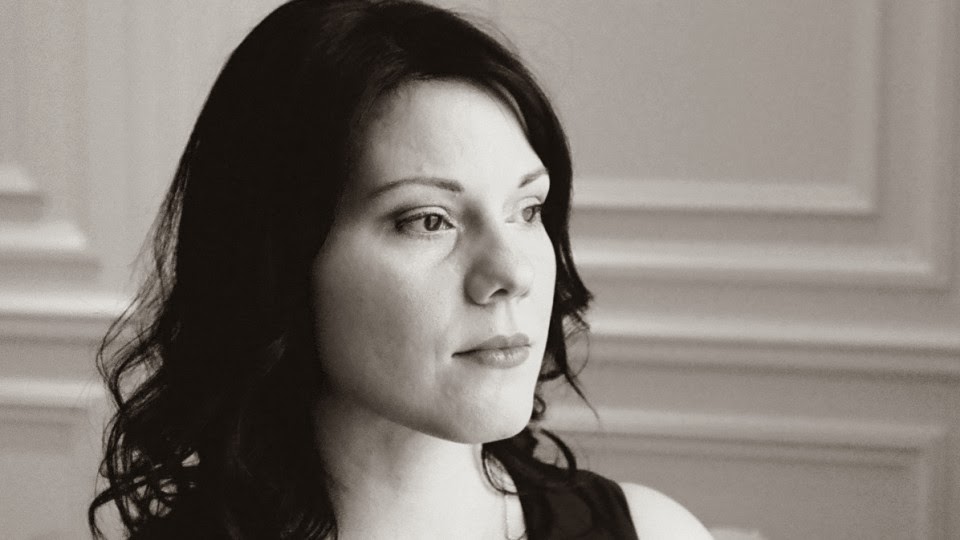 From now until early June, I’m featuring short interviews with the authors of the six shortlisted titles for each of the three awards run through The League of Canadian Poets – the Raymond Souster Award, the Gerald Lampert Memorial Award and the Pat Lowther Award. Today’s feature is Vancouver poet, editor and creative writing instructor Elizabeth Bachinsky, whose book The Hottest Summer in Recorded History (Gibsons BC: Nightwood, 2013) is on the shortlist for the 2014 Pat Lowther Award. The winners to all three awards will be announced on Saturday, June 7, 2014 at The League of Canadian Poets 2014 Annual General Meeting in Toronto.

Elizabeth Bachinsky is the author of five collections of poetry: Curio (BookThug, 2005), Home of Sudden Service (Nightwood, 2006), God of Missed Connections (Nightwood, 2006), I Don't Feel So Good (BookThug, 2012), and The Hottest Summer in Recorded History (Nightwood, 2013). Her poetry has been adapted for stage and screen and has been nominated for awards including the Pat Lowther Award, The George Ryga Award for Social Awareness in Literature, and the Governor General's Award for Poetry. She lives in New Westminster, BC, where she is an instructor of creative writing and the editor of EVENT magazine.

1. The Hottest Summer in Recorded History is your fifth trade collection of poetry, After five trade books over the space of a decade, how do you feel your concerns as a writer have developed? How do you feel the work, and even the process of writing, has evolved?
I am much more aware of the book as a form now than when I was younger. Writing collections like God of Missed Connections and I Don't Feel So Good gave me the opportunity to think about the bookness of the thing, the difference between poems and collections as individual sites and experiences, both for me and for readers. I wrote my first books, Curio and Home of Sudden Service in my mid-twenties. I didn't have any idea how to make a book then. I have a little more of an idea now. But also not at all. My process hasn't changed much. It's still about tracking my fascinations, making a decision to do a thing and muddling until something appears. I still do it because I love to write.

2. Who do you read to reenergize your own work? What particular works can’t you help but return to?
It's always different. Right now it's novels. Two have really stayed with me over the last two years: Junot Diaz's The Brief and Wonderful Life of Oscar Wao and Adam Johnson's The Orphan Master's Son. Reading those gave me the same feeling I used to get when I was a kid all wrapped up in a great book, sucked right in by the story. I feel best about writing when I am reading in that way. It feels similar to to way I feel when I'm really rocking out with a project. I lose time, reading and writing feels easy. That's what energizes me.

3. You’ve lived in Vancouver for quite some time, and I’m curious as to how the community of writers around you, as well as the landscape of Vancouver, have contributed to your work. Do you think you might have been a different kind of writer had you lived in another part of the country?
I've lived in Vancouver for about a third of my life. It is the place I feel most at home. Vancouver appears in my poetry as a matter of course. The landscape can't help but shape a writer. And the weather. And then we're so close to the US, too. I think my poems often have more in common aesthetically with writers from along the West Coast of North America than, say, someone living in Toronto. When I think of major Vancouver writers who've influenced me, I think of Fred Wah, David Zieroth, Daphne Marlatt, George Bowering, Robin Blaser, Roy Miki, Evelyn Lau, Peter and Meredith Quartermain, Dorothy Trujillo Lusk, George Stanley, Michael Turner, others. I mean, these are the people you see at readings. They're right there. People who've stayed with poetry or whose literary activism perfectly suits the landscape. We're still on the edge of things out here on the West Coast. Last of the time zones. Hidden from the rest of the country behind mountains. Suits me fine.

4. You’ve referred to a number of the pieces in The Hottest Summer in Recorded History as “travel poems,” composed while on an extended trip across Canada doing readings and hanging out with friends. When composing pieces on Toronto, Montreal and other places away from Vancouver, were you consciously writing poems as quick postcards to be sent to those back home, or were you attempting to capture something more of the local flavour in each piece?
Yes, many of the poems in this book were written directly to people while I was on the road. I'm intrigued by poems by Jack Spicer, David McFadden, Marilyn Hacker, George Bowering, letters between Daphne Marlatt and Roy Kiyooka etc in which the speaker directly address friends and lovers. I thought if all these poets can write this, why not me? There are poems to wonderful Canadian writers of my generation in The Hottest Summer in Recorded History. I didn't expect this book to be terrifically interesting right away, either. Much more interesting in 20 years. What was important to me was to make a connection to writers and activists I admire and who have shaped me. Before I became a writer, I hadn't travelled. Before then, I was a barista at a coffee shop in Maple Ridge, BC. I had a high-school education. I couldn't have imagined Brisbane or Toronto, Montreal, St John's Newfoundland, New York, Chicago. I mean, really. It's been such an overwhelming pleasure and privilege to go to these places and meet other writers. I had to write it down. It still doesn't feel quite real to me. The reality of poet's lives, that they were so similar to my own, was (is) astounding to me.

5. What do you feel teaching creative writing has brought to your writing and writing life? Or are the two entirely separate?
I love my students. I love my job. I can't think of anything else I am more suited to doing, besides writing. My students remind me to be courageous and to be kind. It's wonderful that they keep handing things in and discussing poetry and going to readings, creating and reading. I don't think I would feel as good about the experience of teaching if I weren't also a creator. They keep me writing, I think. When I tell them they can be writers, poets even, I mean it.

6. Literary awards have been known to shine spotlights on individual works and authors, as well as writing generally, but has also sometimes brought with it a particular kind of pressure, and a frustration for those works overlooked by awards. As a writer, reader and shortlisted writer, what are your feelings on literary award culture generally? What difference has it made to the way you approach your work, if any?
It's hard for me to feel much but gratitude for literary awards and prizes for poetry. Some of my books have been nominated for awards, others haven't. I've been grateful on both counts. I've sat on many juries, too, which I consider a responsibility. Whatever can be done to draw attention to the craft is helpful. I can't really speak to awards in other genres, but generally speaking I think: great. Best not to take awards too seriously. Better to just write the next thing. That's where the pleasure is.
Posted by rob mclennan at 8:31 AM
Labels: BookThug, Elizabeth Bachinsky, interview, Nightwood, Pat Lowther, The League of Canadian Poets