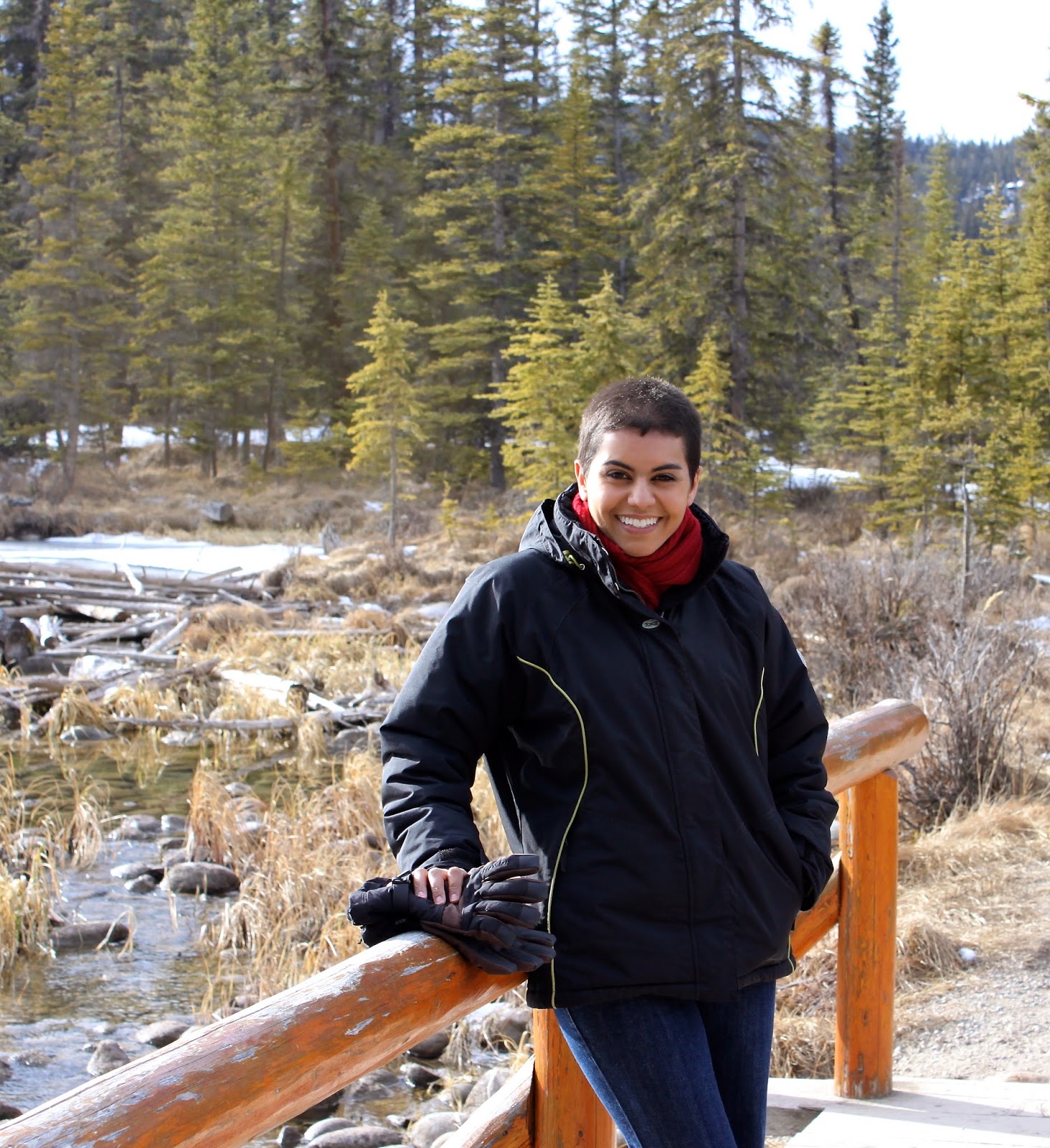 From early April to early June, I’m featuring short interviews with the authors of the six shortlisted titles for each of the three awards run through The League of Canadian Poets – the Raymond Souster Award, the Gerald Lampert Memorial Award and the Pat Lowther Award. Today’s feature is Edmonton poet, editor and publisher Jenna Butler, whose book Seldom Seen Road (Edmonton AB: NeWest Press, 2013) is on the shortlist for 2014 Raymond Souster Award. See my previous interview with 2014 Raymond Souster Award shortlisted author Anne Compton here. The winners to all three awards will be announced on Saturday, June 7, 2014 at The League of Canadian Poets 2014 Annual General Meeting in Toronto.

Jenna Butler is the author of three books of poetry, Seldom Seen Road (NeWest Press, 2013), Wells (University of Alberta Press, 2012), and Aphelion (NeWest Press, 2010), in addition to the upcoming collection of essays On the Grizzly Trail (Wolsak and Wynn, 2015). Butler teaches Literature and Creative Writing at MacEwan University and the University of Alberta in Edmonton during the school year, where she is also the Writer in Residence for the Canadian Authors Association. In the summer, she and her husband live with three resident moose and a den of coyotes on a small organic farm in Alberta’s north country.

1. seldom seen road is your third trade collection of poetry, after Aphelion (Edmonton AB: NeWest Press, 2010) and Wells (Edmonton AB: University of Alberta Press, 2012). After three trade books over the space of nearly half a decade, how do you feel your concerns as a writer have developed? How do you feel the work, and even the process of writing, has evolved?
I think it’s always evolving, partly out of the desire to create something new each time, and partly because writers are pretty omnivorous, aren’t we—we enjoy many styles and subject areas, and we’re forever tweaking our craft.

As a writer, ecocritic, and small-scale farmer, I find myself becoming more and more vocal about the interfaces between the manmade and the natural. This manifests itself in an evolving desire to use poetry in a way that explores/exploits technology to get its message across. I’m also starting to branch out into other genres to explore these boundaries; my new collection of essays, somewhat akin to Brian Brett’s Trauma Farm (which I adore), looks at what it’s like to live close to the land on an organic, off-grid northern small farm surrounded by Big Ag. If you’ve read Eric Brende’s Better Off (I truly can’t recommend it enough), you’ll recall his point that we’re at a technological tipping point in the West, struggling to define how much technology aids in our daily lives and how much is just too much. And somewhere under all of that is the land and what we’re doing to it.

I guess I’m finding that three or four books in, I have a bit of a better sense of where I want to go as a writer. People say “Oh, landscape poetry, that’s so done,” but that’s rather a tired and urban way of looking at it. Maybe sometimes you really do need to go out into the woods to understand what they mean and, equally, what is meant by their loss. There’s nothing more enduring and encompassing and troubling than our various landscapes, and I do think it’s vital to keep engaging with them and the ways in which they collide with an increasingly technological world.

2. Who do you read to reenergize your own work? What particular works can’t you help but return to?
I always come back to Phyllis Webb, especially her Naked Poems and Water and Light. But there are many, among them John Newlove, Di Brandt, and Lorine Niedecker, so connected to landscape. In terms of breath and play, I have a deep fondness for Denise Riley’s Mop Mop Georgette. Newly, Traci Brimhall offers a lovely, steel-riddled sort of beauty.

I also read the work of my contemporaries, poets I respect and admire. Seeing their ability and success really fills me with excitement about craft. I’m speaking of people like Catherine Owen, both in her essays and poetry on ecology and grief; Marita Dachsel’s polyphonous Glossolalia; Liz Berry’s incredible work in dialect over in the UK; and many, many more.

3. You’ve lived in Edmonton for quite some time, and I’m curious as to how the community of writers around you, as well as the landscape of Alberta, have contributed to your work. Do you think you might have been a different kind of writer had you lived in another part of the country? How did your time in the UK contribute to your writing? Do you see your work as predominantly influenced by Canadian writers and writing with a bit of a British twist, or more of a blending of the two?
Yes, I’ve been in Edmonton for close to thirty years now, and so have had the privilege of growing up around/amidst this community of writers. Many who were mentors are now colleagues, and that’s a fantastic transition, though a bit fraught in its own way.

What I’ve learned in Edmonton is this do-anything mentality in the arts. It’s one of the best places I know in Canada for all the arts, and there’s definitely a sense of “just go ahead and try it” out here. This is very true of poetry. Yes, there are particular reading series that cater to the tastes or styles of particular groups, but you’ll always find spoken word artists going to university poetry talks and vice versa. There’s a really interesting sort of cross-pollination that goes on in this province.

The landscape, too, has certainly marked me as a writer. As someone from “away,” who comes from a very mixed background and carries multiple homes (as so many of us do), Alberta has given me the chance to bring my respect for the land and its stories home to roost. The off-grid organic farm I run with my husband north of Edmonton is the most tangible link I have to the landscape; that desire to work with the land in a low-impact way, to protect some of the boreal forest and to learn the stories of an area right down to the ground.

I’m sure I’d have been a different sort of writer if I had landed anywhere else. And I have lived many other places for various periods of time, but I always come back—there’s something about Alberta that I just can’t leave behind.

My time in the UK made me more sensitive to the exceptional range of writing styles developing there under the pressure of being in a very compact space; I found the literary politics sometimes quite intense, but always energizing. I certainly see myself as influenced by Canadian writers and the land first, and after that, as possessing an awareness of British writing. I feel fortunate to be able to write into/toward that particular dialogue, but at the same time, I relish the ability to play that we have over here in Canada.

4. One aspect of your writing I’ve always admired is how aware you are of the space of the page. I know of your influence by poets such as Douglas Barbour, and can see a bit of an influence there, but I wonder, is your line and spacing influenced by the breath, by the physical space on the page, or both? When composing, is yours a physical or performative space?
Thank you, that’s very kind. I would say both, certainly. I’m always trying to balance the visual effect of the poem on the page with the performative element, what it does in/to the body when read aloud. I’m constantly fascinated by the way a writer can draw on the reader’s body through the spacing on the page and make her feel a particular emotion simply by laying out the spacing in such a way as to drive the breath. That bringing of the body back to poetry is deeply appealing and troubling—how on earth did the two become separated in the first place? It’s a physical and performative space, both, for sure.

5. What do you feel teaching writing and creative writing has brought to your writing and writing life? Or are the two entirely separate?
Not separate at all. On the one hand, I feel massively, stupidly grateful that I get to spend my days teaching what I love, and interacting with students who are either passionate about English and creative writing or discovering their passion. And on the other hand, as a writer, I seem to have an inherent tendency to become rapidly unsocialized and to disappear off into the forest at my farm for long stints of time, so teaching keeps me socialized: dialoguing, reading, performing. My students’ energy galvanizes my own desire to keep talking about and creating new writing. Yes, I often run up against the boundaries that say you can teach writing or you can write, but you can’t do both; all I can say is that it’s a balancing act.

6. Literary awards have been known to shine spotlights on individual works and authors, as well as writing generally, but have also sometimes brought with them a particular kind of pressure and a frustration for those works overlooked by awards. As a writer, reader and, now, shortlisted writer, what are your feelings on literary award culture generally?
There are many really wonderful poets out there who have not yet been shortlisted, and that’s not a call to stop doing the important work: creating. Being shortlisted is an honor, but being able to sit down and write when you’re called to? Focusing in on the work itself, which will be there for you year after year (whether or not the awards are)? That’s the real deal.
Posted by rob mclennan at 8:31 AM
Labels: interview, Jenna Butler, NeWest Press, Raymond Souster, The League of Canadian Poets