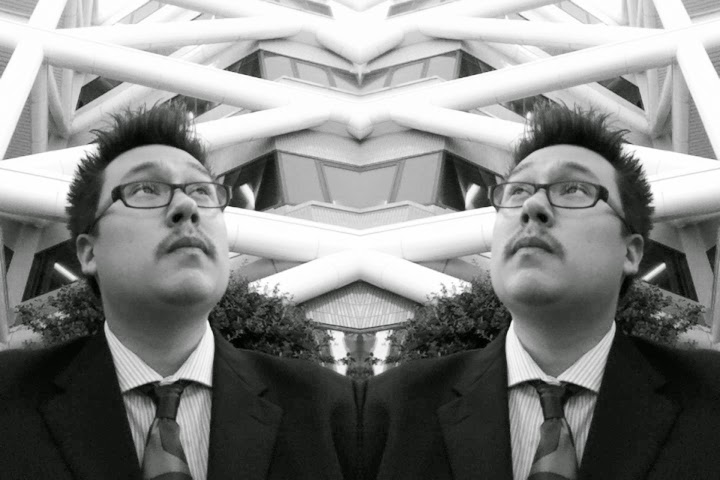 From early April to early June, I’m featuring short interviews with the authors of the six shortlisted titles for each of the three awards run through The League of Canadian Poets – the Raymond Souster Award, the Gerald Lampert Memorial Award and the Pat Lowther Award. Today’s feature is Vancouver poet and editor Jordan Abel, whose book The Place of Scraps (Vancouver BC: Talonbooks, 2013) is on the shortlist for the 2014 Gerald Lampert Award. See my previous Gerald Lampert Award shortlist interview with Julie Joosten here. The winners to all three awards will be announced on Saturday, June 7, 2014 at The League of Canadian Poets 2014 Annual General Meeting in Toronto.

Jordan Abel is a Nisga'a writer currently residing in Vancouver. Abel's conceptual writing engages with the representation of Indigenous peoples in Anthropology through the technique of erasure. He has been described as “a master carver of the page” who passes the work of sculpture along to the reader “who reads, and rereads, in three dimensions.” Abel’s chapbooks have been published by JackPine Press and above/ground press, and his work has appeared in numerous magazines and journals across Canada, including Prairie Fire, EVENT, dANDelion, ARC, CV2, The Capilano Review, Descant, Grain, and Canadian Literature. He is an editor for Poetry Is Dead magazine and the former editor for PRISM international and Geist. Currently, he is an instructor in the Continuing Studies department at Simon Fraser University and an English instructor at the Nicola Valley Institute of Technology. Abel’s first book, The Place of Scraps, was published by Talonbooks.

1. the place of scraps is your first trade collection of poetry. What was your process of originally putting the manuscript together, and how long did it take? How do you feel your concerns as a writer has developed over the space of starting the collection to finally seeing a finished copy at your front door? How do you feel the work, and even the process of writing, evolved?
When I originally began putting the manuscript together, my process leaned towards mechanical. To construct a poem, I would scan through Marius Barbeau's book Totem Poles until I came across a section that spoke to me. Usually, I was looking for a paragraph or two that I could type out in InDesign and subsequently erase. When I found a section that I liked, I would begin by erasing a word, a sentence, or a group of sentences. Sometimes I erased punctuation, letters and parts of letters.I erased until I found something that spoke to me. Sometimes that meant I erased almost everything.

As the process continued--The Place of Scraps was written over a period of 3 years--I found that the pieces I was adding to the book were no longer erasures of Barbeau, but were the snippets of fact I had written that connected my personal life to Barbeau's anthropological processes. The last pieces that I added to the book were the most personal sections. Those were the pieces that were the most difficult to insert.

2. Who do you read to reenergize your own work? What particular works can’t you help but return to?
As I continue to write, I find that the list of works that inspire me is constantly shifting. Right now, these are the books that make me want to keep writing:

Boycott by Vanessa Place
Seven American Deaths and Disasters by Kenneth Goldsmith
children of air india: un/authorized exhibits and interjections by Renee Sarojini Saklikar
Dies: A Sentence by Vanessa Place
This Is Importance: A Student's Guide to Literature by Gregory Betts
X by Shane Rhodes
Mercenary English by Mercedes Eng

3. You’ve lived in Vancouver for quite some time, and I’m curious as to how the community of writers around you, as well as the landscape of Vancouver, have contributed to your work. Do you think you might have been a different kind of writer had you lived in another part of the country?
I guess there's no way to know for sure, but I suspect I might have been a different kind of writer if I had lived in another part of the country. Specifically, there are a few people who have really contributed a great deal to my development and growth as a writer: Daniel Zomparelli, Ray Hsu, Bert Almon and Melissa Jacques. Without their influence, I would most certainly be a different writer. They gave me feedback that was instrumental in forming my work. They connected me to books that I found inspiring. Had I not lived in Edmonton and Vancouver, I may not have met those people and my writing would not be the same.

4. In an interview posted on Lemonhound, you speak of erasure, and that, in children of air india (Harbour Publishing, 2013) by Renée Saklikar, you always “linger on the missing pieces.” In both projects, yours and hers, the idea of what is not there is used to articulate a grievous loss of life and culture. In your mind, is erasure the same as a missing piece?
For me, erasure is inherently political. Erasure can be a missing piece. But it can also represent the pieces that are stolen, censored, manipulated, or removed. Erasure can shine a spotlight on the pieces that remain, and can map out the connections between fragments.

5. What do you feel teaching writing brings to your writing and writing life? Or are the two entirely separate?
Teaching writing has been an extraordinary experience. I find it inspiring to see writers finding their inspiration. There is something infectious about that. Or at least cyclical. For me, it's difficult to resist writing. Especially when I'm spending my time talking about writing.

6. Literary awards have been known to shine spotlights on individual works and authors, as well as writing generally, but has also sometimes brought with it a particular kind of pressure, and a frustration for those works overlooked by awards. As a writer, reader and award-winning writer, what are your feelings on literary award culture generally? What difference has it made to the way you approach your work, if any?
One of the pieces of advice that I've heard over and over again is to always keep your audience in mind. I don't think I've ever been able to fully comprehend what that means. But, when I write, I've always kept individual readers in mind. How quickly will you brush by these pages? Where will you linger? Will you double back here? Will your eyes catch the whole page? Or just this piece? Will you try to "read" this page of concrete poetry? Or will you just observe it? My focus has been tuned to the reading process for some time now, and I suspect that will remain the same regardless of what happens.

In regards awards culture in general, I think awards and nominations can definitely have an impact on the lifespan of a book. For the most part, I think this is excellent. But I do feel that impact can be problematic when awards lists completely inform how we read. The way that I’ve always thought of it is that books lead to more books. Awards and nominations can be an excellent entry point into unfamiliar genres and styles.
Posted by rob mclennan at 8:31 AM
Labels: Gerald Lampert Memorial Award, interview, Jordan Abel, Talonbooks, The League of Canadian Poets