Balance passions and answers. For a body is like a clock,
if one wheel is amiss, all the rest are disordered. The whole
fabric suffers.

Express doubt that politicians speak pure forms. Now only
signifies those born to misaffected parents. Points to effects
of imagination, and other maladies.

Awareness of a system acting upon the body, weighing
it down. On the other hand, an image to become acquainted with
as firm ground.

Bodily materials are either simple or mixed, vary according
to place. I’m devoted to a small room, and a closed curtain.
adjust an eyewitness.

He is happy that can perform properly. Vain cures, no purpose.
Cause for punishment. Extricate from a labyrinth of doubts
and errors.

Victory was uncertain, acknowledging all of our offenses. We
may never be relieved of our diseases. The conceit alone troubles
the craft of solitary living. (Andrew McEwan) 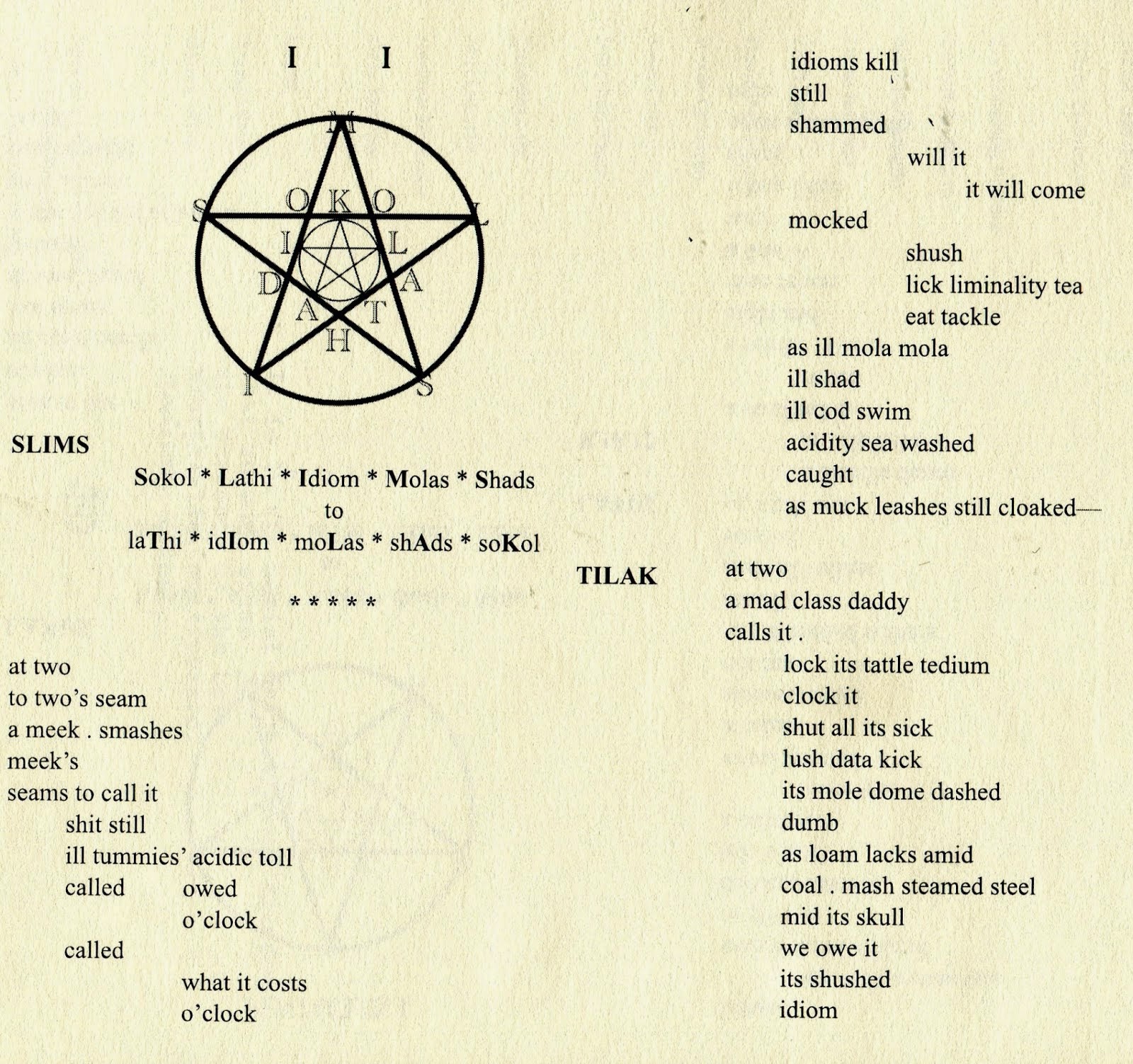 Guest-edited by Brad Shubat, the third issue of the collaborative COUGH includes work by Jack Clarke, Oliver Cusimano, Michael Boughn, Andrew McEwan, Brad Shubat, Kate Van Dusen, Kelly Semkiw, Victor Coleman, Andre Spears, Jess Taylor, Zach Buck, Jay MillAr, Jonathan Pappo, Tyler Crick, Dominique Russel, Mat Laporte, Nick Edwards, David Peter Clark and Ed Dorn. COUGH exists in the same vein of the late lamented TADS produced out of Vancouver, or our own writers journal, The Peter F Yacht Club, with a rotating editorship from an informal group of writers based out of a particular locale. Toronto’s COUGH appears to have been spearheaded by Victor Coleman and Michael Boughn [see my review of the first two issues here], with the encouragement and support of a growing base of younger writers, some of whom might have emerged out of either of their workshops run through the Toronto New School of Writing. What appeals about this journal, much as the other two examples I referenced, is the opportunity for interested readers to see just what a number of the individuals within the informal group have been up to lately, in their writing. Given some of the writers on the list, specifically Victor Coleman and Kate Van Dusen (who had an amazing piece in the one more once anthology), there really aren’t that many venues in which to see new work by a number of the contributors.

He returns again to the red bowl. Meditatively drinks. Dreams
Of meaty mouse-jewels and with phosphorescent eyes gazes past
Darkness into a lunar question: Where to go next? Returns to the
Red bowl. Moon reflected on white sprats. White chin free of collar.
Breathes laboriously: Almost there. Reflects on a silver couch in an
Irish cave. On duties of oracle and hunter of companion and archetype.
Sighs and returns to the task of: Ending. Goes slowly past glass patio
Doors, drinks from red bowl, walks in a circle around red and pauses.
How best to instruct the souls of these so greedily needing to stroke
Magnificent furry orange? A lifetime will stop with its fantasy of Love
Courts. Two red-haired women in an oak tree calling and calling him
Puss. Recollection of opening the complicated latch to aid the drunken
Poe’s return home. Return home to the red bowl. Drink. The greater
Their love for him the bigger more perfectly proportionate their world. (Kate Van Dusen, “The Red Bowl”)

The range of the material in the issue, hefty at some sixty-four 8 ½ x 11 pages, is impressive, and occasionally runs a bit roughshod in terms of consistency of quality, but is rich in vibrant energy. The strength of the journal, in many ways, comes from the feeling that the reader is invited into the process of the writing workshop, able to witness a group of writers attempting, listening and learning. Writing is a conversation, after all. There is more worth reading here than in many Canadian literary trade journals, and far more examples of writers who are trying out new shapes and forms, pushing the art to see just what might emerge.

Inserted into this issue is a little flyer, also, that reads:

If you’d like to support this and subsequent issues of COUGH, please send your contribution to COUGH, c/o M. Boughn, 11 Conrad Ave. Toronto ON M6G 3G4

COUGH #4 will be an issue of collaborative works edited by Jonathan Pappo -- #5 will be devoted to the Poetics of Music edited by Zach Buck -- #6 will be edited by Laine Bourassa & Tyler Crick concerning writing from the Left Coast.