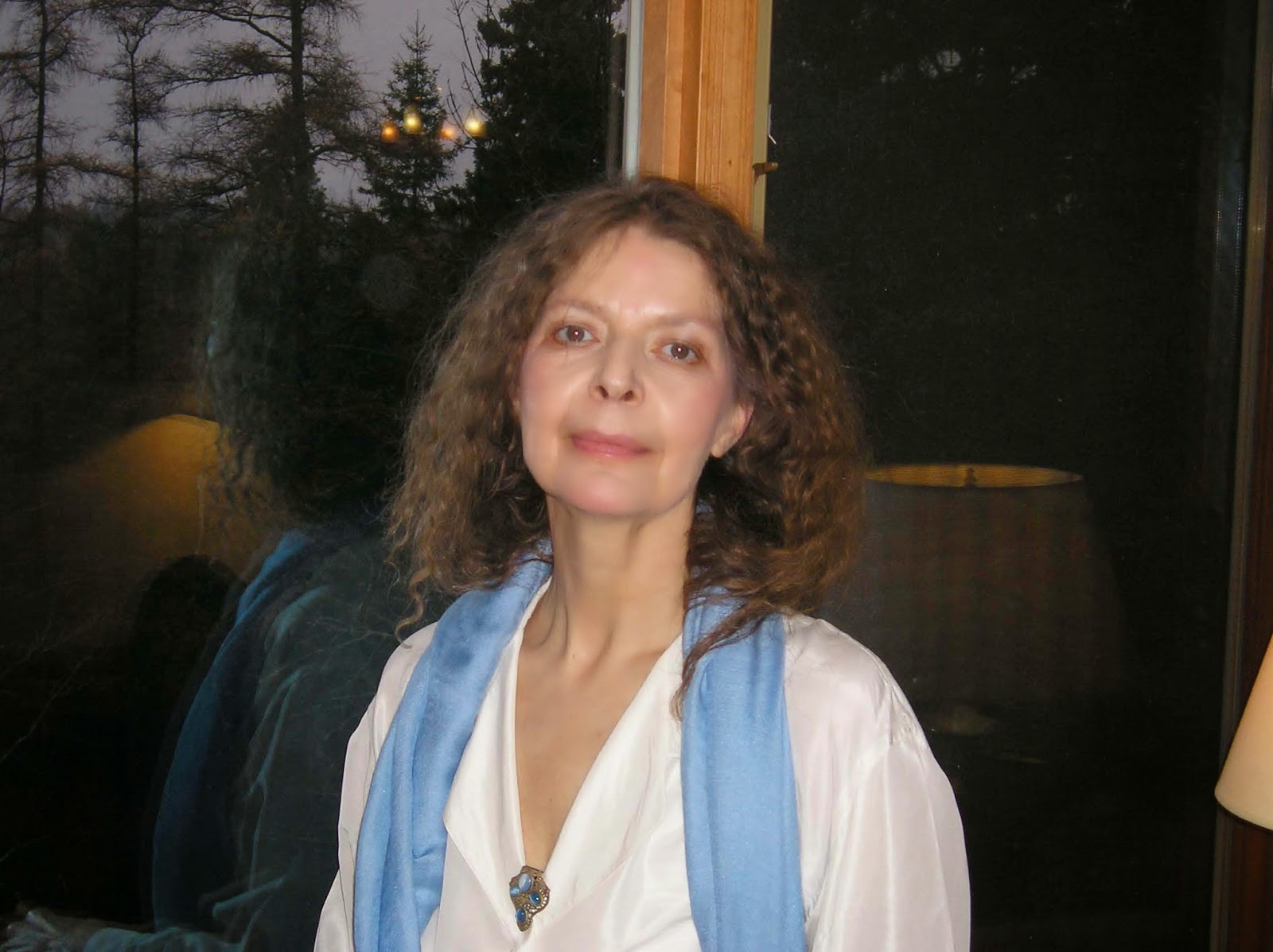 From early April to early June, I’m featuring short interviews with the authors of the six shortlisted titles for each of the three awards run through The League of Canadian Poets – the Raymond Souster Award, the Gerald Lampert Memorial Award and the Pat Lowther Award. Today’s feature is Saint John, New Brunswick poet, critic, editor and anthologist Anne Compton, whose book Alongside (Toronto ON: Fitzhenry & Whiteside, 2013) is on the shortlist for both the 2014 Pat Lowther Award and the 2014 Raymond Souster Award. See my previous Pat Lowther Award shortlist interview with Elizabeth Bachinsky here. The winners to all three awards will be announced on Saturday, June 7, 2014 at The League of Canadian Poets 2014 Annual General Meeting in Toronto.

Anne Compton is the author of Processional--winner of the Governor-General's Award for Poetry (2005) and The Atlantic Poetry Prize, shortlisted for the Pat Lowther Prize; Opening the Island--winner of The Atlantic Poetry Prize (2003), shortlisted for The John and Margaret Savage First Book Award; and asking questions indoors and out (2009) – shortlisted for The Atlantic Poetry Prize. In 2008, she won The Alden Nowlan Award for Excellence in the Literary Arts and a National Magazine Award in Poetry. Compton is the author as well of the scholarly works, A.J.M. Smith: Canadian Metaphysical (1994) and Meetings with Maritime Poets: Interviews (2006), and numerous scholarly articles. She is the Co-editor of Coastlines: The Poetry of Atlantic Canada (2002) and the editor of The Edge of Home: Milton Acorn from the Island (2002). Compton's most recent poetry collection, Alongside, was published in 2013.

1. Alongside is your fourth trade collection of poetry, after Opening the Island (Fitzhenry & Whiteside, 2002), the Governor-General’s Award-winning Processional (Fitzhenry & Whiteside, 2005) and Asking Questions Indoors and Out (Fitzhenry & Whiteside, 2009). After four trade books over the space of a little more than a decade, how do you feel your concerns as a writer have developed? How do you feel the work, and even the process of writing, has evolved?
Each book is concerned with a central idea. This idea or subject preoccupies me over the course of making the book. Alongside is about beauty (human beauty, landscape beauty, and the beauty of books themselves); asking questions indoors and out is about belief and doubt; and Processional is involved with the procession of the seasons. This is, and has been, my “process”: Each book is a long-term mental and emotional engagement with a subject. After writing an initial eight or ten poems, I recognize the preoccupying idea in the poems. That recognition gives energy and direction to the poems that follow. What I’m observing, overhearing, remembering, and reading attaches itself to the preoccupying idea. Usually, the individual poem begins with a visual or auditory observation.

2. Who do you read to reenergize your own work? What particular works can’t you help but return to?
I return regularly to work by Michael Symmons Roberts, John Glenday, Charles Wright, Sue Sinclair, and Don Domanski.

3. You’ve lived in New Brunswick for quite some time, and I’m curious as to how the community of writers around you, as well as the landscape of New Brunswick, have contributed to your work. Do you think you might have been a different kind of writer had you lived in another part of the country?
As to a community of writers, I’ve never done a workshop or worked on one of my poems in a group situation, although I have taught many creative writing classes and I do free-lance editing, both of which are wonderfully conducive to the discussion of the nature and value of poetry. In terms of making my own poems, though, I do not belong to a community of writers. I work in solitude. Occasionally, I send poems to a journal, but it is generally true that no one sees my work until my editor, Evan Jones, receives the manuscript. I do work with colleagues on poetry-based projects such as the anthology Coastlines: The Poetry of Atlantic Canada and, of course, I talked to many poets in compiling Meetings with Maritime Poets: Interviews. And, yes, certainly, I would have written differently had I lived in a different part of the country. My research for articles and for the interview book has shown me that here in Atlantic Canada poets are more likely to feel an affinity with Irish, UK, and  continental writers, and writers on the American seaboard, than with Canadian poets west of the Maritimes. “Place” is an under-discussed force in poetry. Place includes, as well as landscape, the cultural-geographic position of the writer.

4. In an interview posted on the Canadian Literature website, you mention how your poetry comes, in part, from your “rural roots.” The natural world exists throughout Alongside, from poems on the seasons, rain and the garden. What do you think you bring to the conversation of the natural world, and what has been called “eco-poetry,” and what do you feel you gain in return?
I understand “eco-poetry,” in the literary sense, to refer primarily to the shaping force of landscape on the forms and rhythms of poetry. It probably matters, therefore, that I grew up near the ocean and that I have lived for years close to the shore of a broad, deep river. The rhythm of water has a way of getting into poems. As for “eco-poetry” in the broader sense, all poets of the natural world summon us to attention, and paying attention is the first step in paying respect. I hope that I have contributed, in some small way, to a more vigilant concern for nature.

5. What do you feel teaching literature brought to your writing and writing life? Or are the two entirely separate?
Reading and teaching literature is no different from any other experience that goes into the making of a poem. Observing pigeons lined up on a power line may result in a poem image. Talking to a physicist may initiate a train of thought that leads to a poem; similarly, a novel might leave you with a gorgeous phrase that is the start-up of a poem. But it is these differing observational and cognitive experiences in combination that works best for poetry. Nothing, while you wake or sleep, is separate from poetry.

6. Literary awards have been known to shine spotlights on individual works and authors, as well as writing generally, but has also sometimes brought with it a particular kind of pressure, and a frustration for those works overlooked by awards. As a writer, reader and award-winning writer, what are your feelings on literary award culture generally? What difference has it made to the way you approach your work, if any?
Getting overlooked by an awards-jury is no different from having your work rejected by a journal. If you don’t want your work judged, then you shouldn’t publish or try to be published. Rejection is part of the process when you publish. I’ve experienced lots of that kind of disappointment.

Awards in poetry, though, are particularly important because they place poetry before the reading public. If those people who read fiction and non-fiction on a daily or weekly basis hear of a book of poems – by way of an award – and go out and get the book, that is positive for all poetry. Awards in poetry, however, make no difference in the making of poetry. Even if you win one, you still have to get back to the innocent, expectant, and exciting state you experienced in creating your first poems.
Posted by rob mclennan at 8:31 AM
Labels: Anne Compton, Fitzhenry and Whiteside, interview, Pat Lowther, Raymond Souster, The League of Canadian Poets