I can’t even rememeber what we did prior to this. Do you remember? The first leg of our trip, in the Scottish Highlands, before arriving here [see my post on such here]. We are starting to miss our wee children, of course. Nine days away from them is quite a lot. 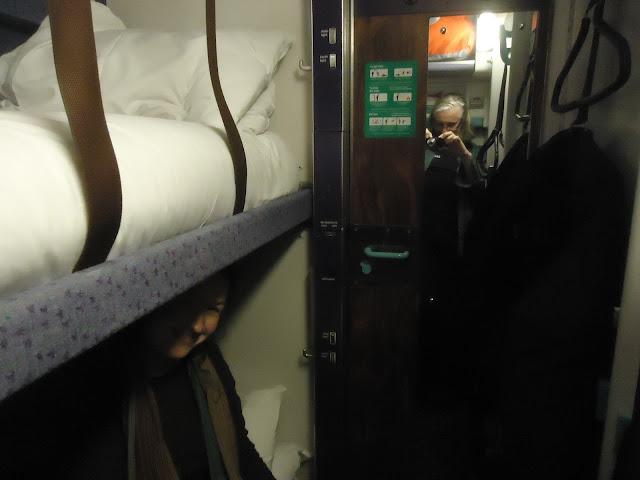 The overnight sleeper train from Inverness, Scotland to London, England: the tiniest of wee cabins, apparently the end of the last trains, before the new ones come in. Upon arriving, we settled, resettled, and made for the lounge, where we read for a bit, and I had whisky again (this is becoming a habit). We read for a bit, and then returned to our closet, for the sake of some sleep.

Some twelve hours and five hundred miles later, neither Christine nor I managed much. Train lurched, sped, stopped, chugged and all of the above. 7am, the attendant rapped upon our closet door, and handed us the bacon wraps we ordered, as well as coffee, which was, simply, cups of boiled water with instant coffee pouches. Um, what? How dare you, sir.

This insult far worse than Culloden. Well, maybe not. 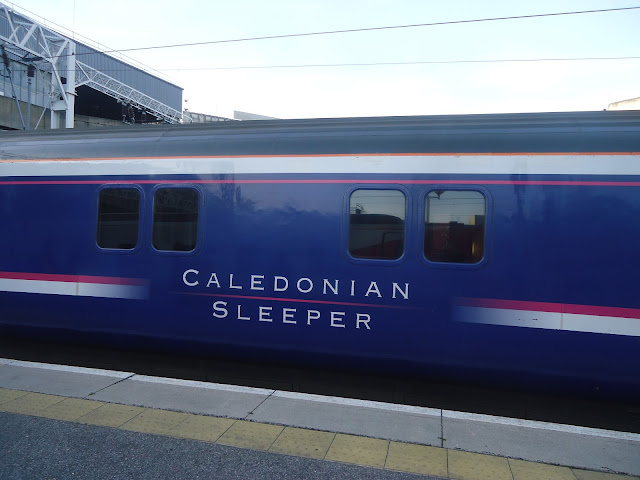 We chugged along, made the station sometime after 8am, where we rolled out into the street and into an awaiting cab, where our overweighted bags were put into another closet (elevator) that could barely contain, and a matchbook room big enough for perhaps a bed and the two of us. 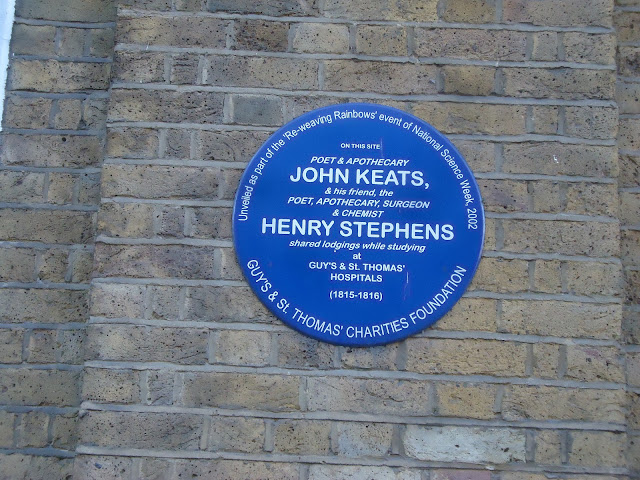 Christine headed a couple of blocks away to the British Library (as we were right by King’s Cross), and I headed to the tube, for the sake of the Tate Modern. I made the proper station, but managed to either mishear or misunderstand directions, taking some forty minutes to find my way from the Tower Bridge tube stop to the museum. At least it was free. 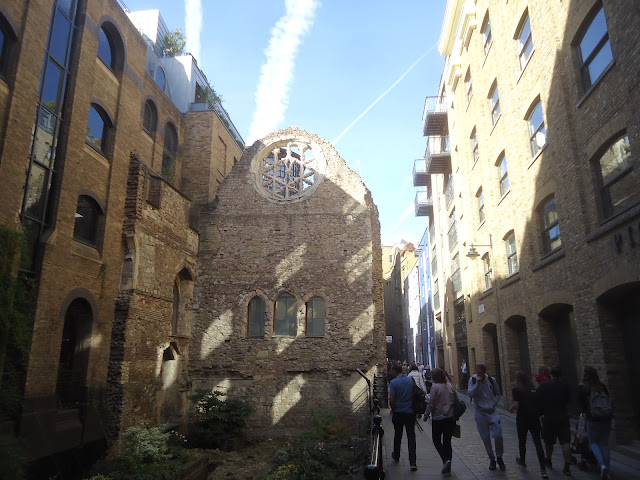 And some of the things I saw along the way were pretty cool. I'll give you that, getting-lost. 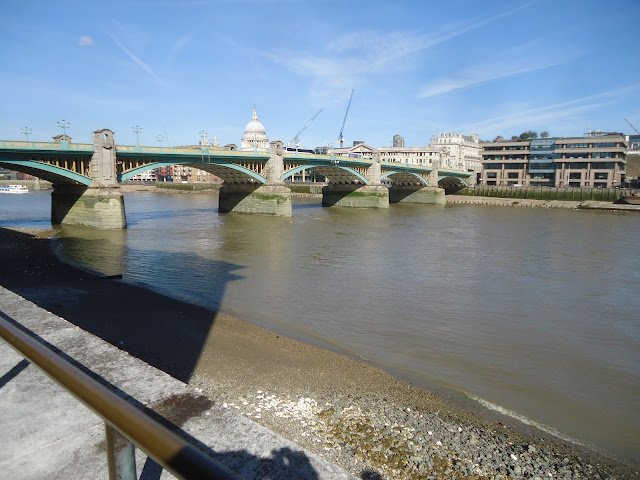 Although I came here to see David Hockneys (a perpetual favourite of mine, whom I see as the British equivalent to Canadian Greg Curnoe), which there were none. The Tate Britain, they said. But they were here when I came through before… “I came all this way to see the David Hockneys, and all I saw were these lousy postcards.”(This is the same painting I have the oversized poster of, collected the prior time I came through Tate Modern, with Stephen Brockwell, in what, 2006?). 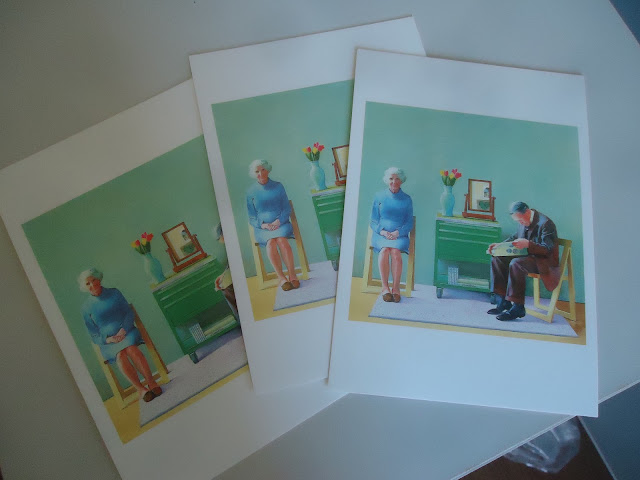 Forty enjoyable minutes in the museum, some gift shopping of various sorts, and I was off again, walking far too much and training more than I should have (some trains were off, out, shifted). I wandered a bit, including a walk over London Bridge, but managed to miss the tube stations and kept walking, walking, walking. And when I did discover one, my route kept including trains that had shut down. In all, I was three hours out of our hotel room, and only forty minutes in the museum; the rest in transit. 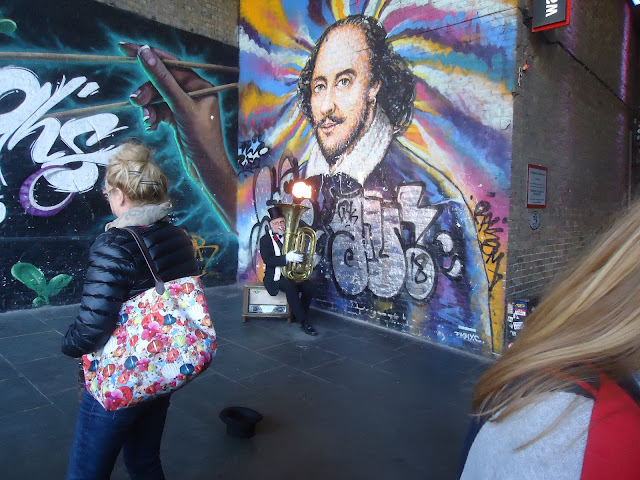 On the way back from the Tate, a man playing a tuba that burped fire. One really can't make such things up. 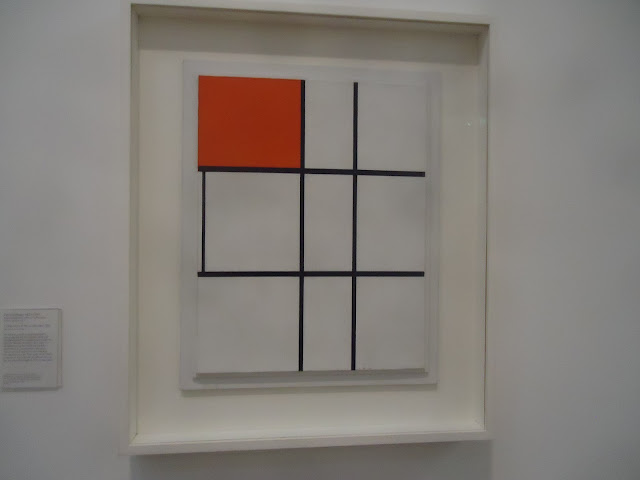 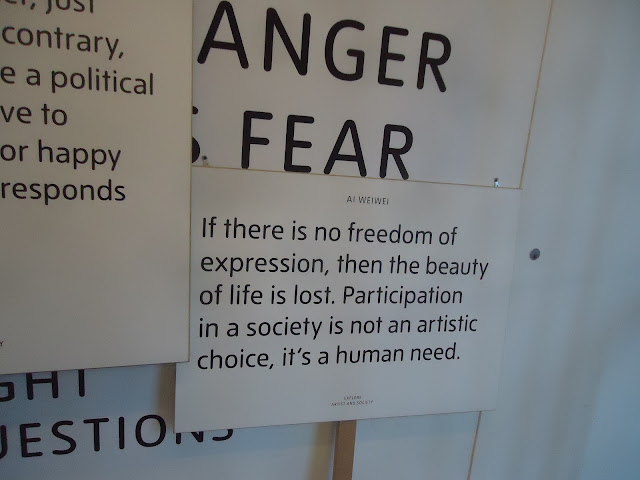 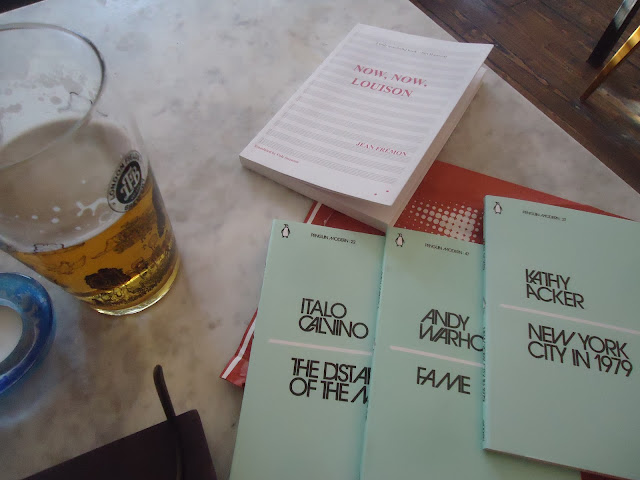 At the Tate, I did pick up a couple more books, including some for a pound (two for three): Kathy Acker, New York City in 1979; Andy Warhol, FAME; Italo Calvino, The Distance of the Moon. I am curious. Also, a very neat memoir by artist Jean Frémon, Now, Now, Louison (LesFugitives). A memoir composed of lyric fragments, I did finally pick it up for the Siri Hustvedt quote on the cover (given I’d not actually heard of the artist), only to discover hours later it was translated into English by Cole Swensen. Hey, I know her! (I’m publishing a chapbook by her, basically as soon as the rights for the cover photograph clear)

Once back at the hotel, a shower, computer. This. Before retiring to the pub next door, to await Christine, only to discover that The Water Rats (built over a prior club) is known for being the first location of London and/or UK gigs by various musicians, including Bob Dylan, The Pogues, Oasis and Katy Perry. Photographs stretching the wall. Reading for a bit, including finishing Stephen Collis’ new book on Phyllis Webb (I should write up my notes for a review, then). 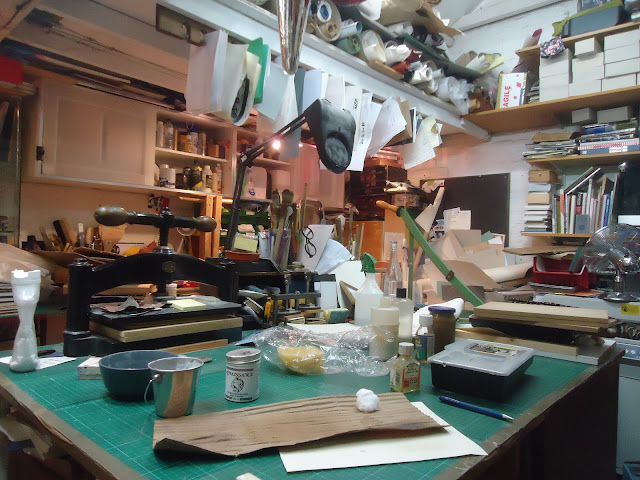 Once she arrived, we headed west, taking one of the tube lines to the end, before taking a bus to spend time with one of her former teachers at West Dean, Mark Cockram (who has, as he pointed out later, a perfect palindrome name). When we arrived, he showed us an experiment he was conducting with a particular glue (which was far more interesting than I am describing here). I could tell that Christine was jealous of his entire set-up. Oh yes. I think we might have to build her a studio in the backyard, at some point. Or something. 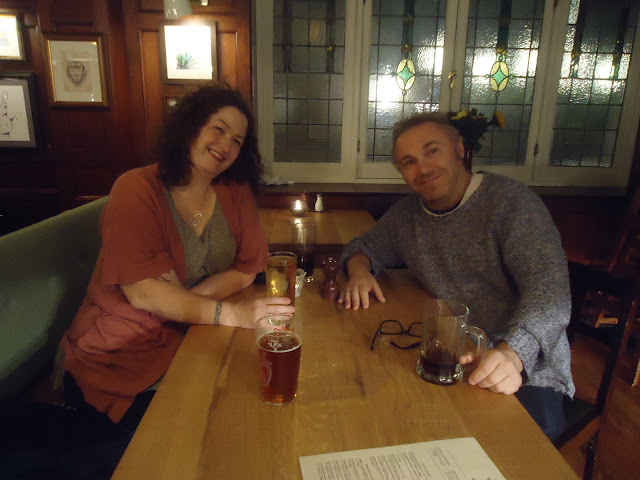 Drinks in the pub, round upon round. They talked about other bookbinders, other programs, other things. Gossip. About that time we drove to near-Peterborough for Christine to interview design bookbinder Michael Wilcox. Writing. Various things. The fact that Mark (as Christine inquired upon) has done some of the binding for the Man Booker Prize (!!!).

He had originally invited a friend of his, a poetry person from BBC Radio to join us, but his friend could not. His friend, also (he claimed), recently credited as the original writer of the Beatles film Yellow Submarine. Um, what? (I saw that movie some thirty times before I was nineteen).

At one point, as Christine had wandered off to the washroom, Mark turned to me and said, I hope you know how lucky you.. no, wait. I think you do. 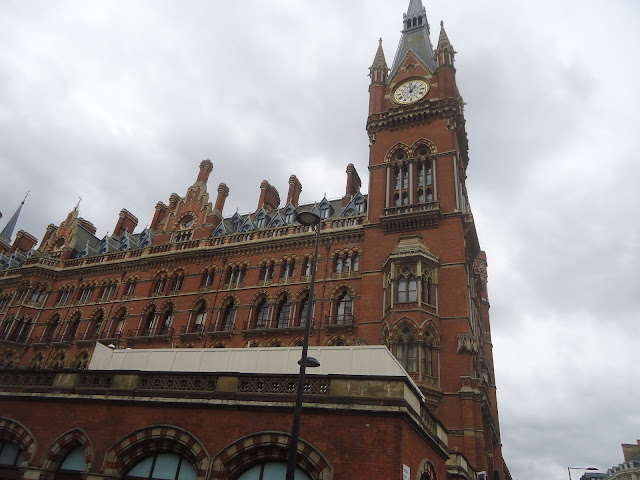 Is it Sunday already? The first morning we could actually sleep in, so we did. No early morning this, or that (which was good, considering the night prior). We wandered over to Oxford Street to collect a few things, attempt some shops. Christine, mainly. I remained at the pub where we lunched and worked quietly (she picked up a very nice coat, among other items), before we returned to the hotel to prepare for our evening event.

The reading was organized and hosted by Russell Bennetts and Shuwei Fang, those of the Queen Mob's Teahouse, as a "teaparty," at the Primrose Hill Community Library, Camden Town. Readings were scheduled by Adham Smart, Calliope Michail, Russell Bennetts, Cathy Dreyer, Steven J. Fowler, Anthony Etherin, Christine McNair and myself. We met up for food/drink some two hours prior with Anthony and his wife/co-editor/publisher/collaborator Clara Daneri, both of whom we thought quite charming and delightful. 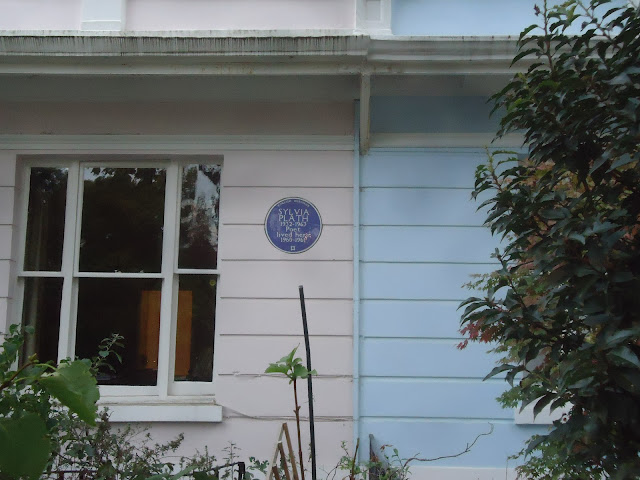 Walking out of the pub with Clara and Anthony, we saw Russell and Shuwei, who walked over with us, but said, hey, do you want to see the Sylvia Plath plaque? Um, yes! Less than a few doors away, where she lived in the early 1960s. 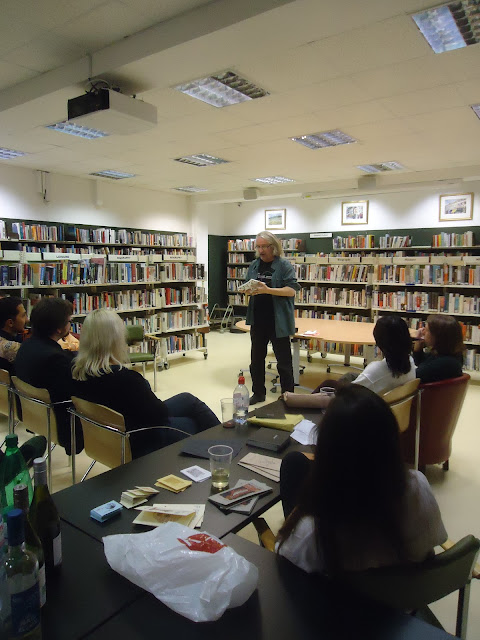 Unfortunately, Cathy Dreyer couldn't make the event, but I was very taken with the readings, opening with a small open set. While there was a mix, there weren't necessarily low points. I liked what Adham was doing with his poems, and Calliope was launching a debut chapbook that had some interesting moments to it. SJ Fowler's work was quite striking, and I was able to exchange books with both Calliope and Mr. Fowler, which was quite glorious. Apparently Adham has a debut forthcoming (but I've managed to forget with whom).

I think the reading went quite well! My pal Ian Jempsen (formerly of Ottawa, but long now in London) and his lovely wife made the event, which I appreciated very much! Given Ian isn't really a poetry person, and I only see him (now) once a decade or so. I was selling copies of my Spuyten Duyvil title (I actually managed to sell a couple), but handing out everything else, including the chapbook I specifically produced for the entire trip, my brand-new Study of a fox. I left mounds of these, as well as a variety of issues of Touch the Donkey.

My foot was bothering me, so I wasn't moving as quickly as I might have preferred, with a flare-up of my gout (I'd been noticing this a day or so already; I don't usually drink beer at home, so I suspect this dietary shift is causing me problems). Anthony and I traded gout stories. He told us how, thanks to Christian, he met Penn Jillette (and Penn even bought him lunch a while back). 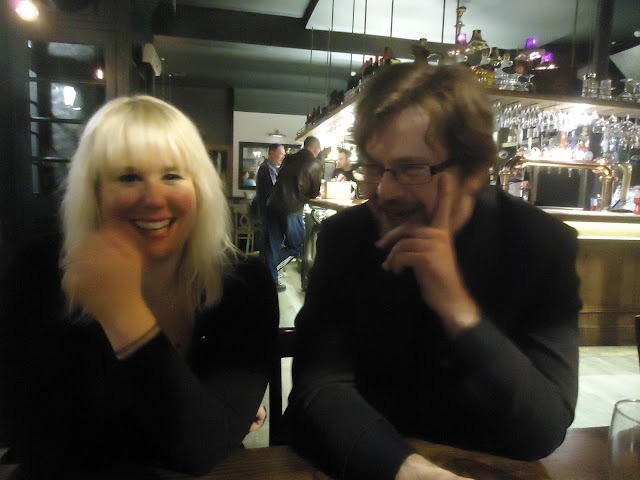 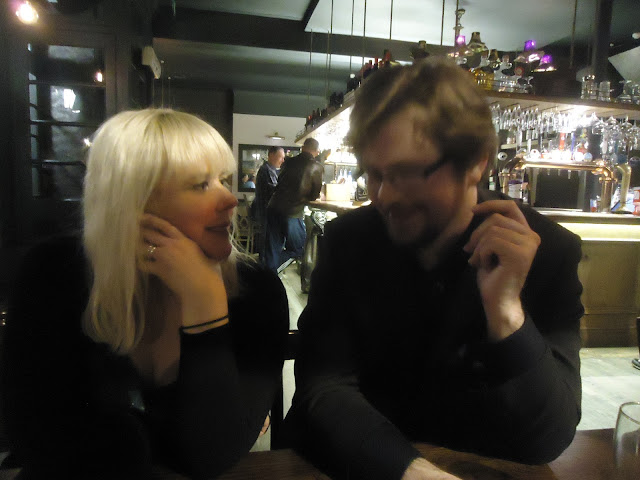 But of course, post-event, we retired to the pub. Everyone, eventually, drifted off. Did I mention how delightful we found Clara and Anthony? Christine, Clara, Anthony and I closed the place, before attempting (finally, finally, finally) a cab to our respective hotels.

Monday, Oct 1
Another quiet day, I suppose. Christine left early, to attempt her work-conference in Oxford, which meant heading over to Paddington tube station for the sake of an hour-long train. She was attempting to make conference registration for 8am or 8:30am, but the train was late. Still, she made it, although she missed some of the day's initial activities. I woke around 9am, puttered about the hotel room, packing. Once downstairs, I caught the last of the breakfast and sat in the lobby/lounge and worked for a couple of hours (finishing and posting my review of Stephen Collis' book on Phyllis Webb). 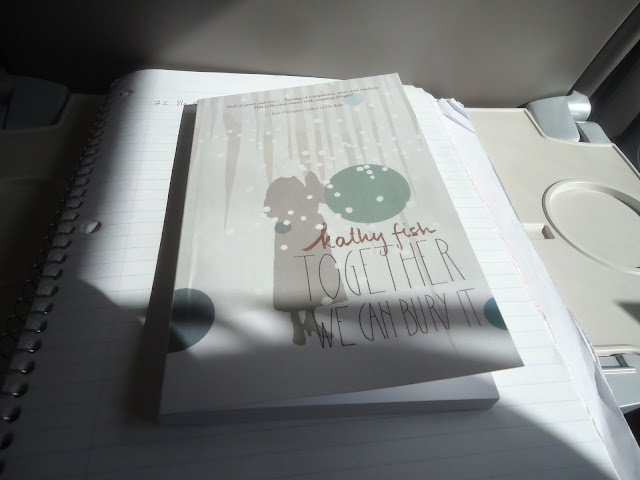 My gout quite bad, I can barely move, the joint of my big toe is extremely swollen. Still, I hobbled to post office for stamps and postcard-mailing, hobbled to a bookstore (that didn't have what I think I was looking for) and to the tube, to repeat Christine's route: Paddington to the train, over to Oxford. On the hour-long train to Oxford, going through Kathy Fish's debut collection of stories, Together We Can Bury It (The Lit Hub, 2013), a book I specifically ordered weeks back for the sake of this trip. I'd been noticing her 'flash fiction' for a while now, and had been curious, and am now quite impressed with the strength of this collection. Although, given how strong this book is, I'm wondering when the next might appear? 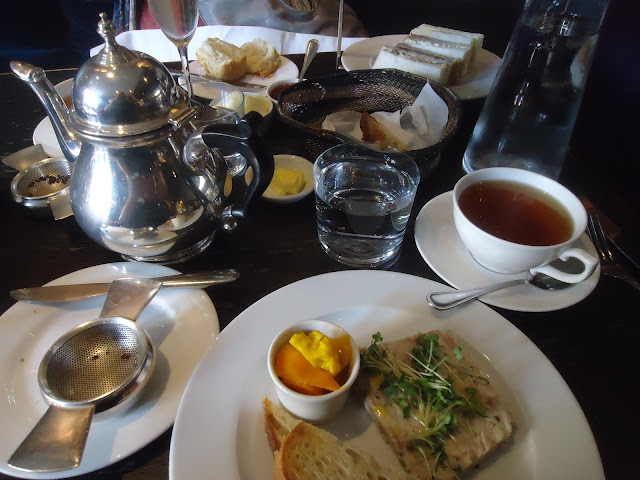 Once settled into our room (hobbling over to cab, and then to our hotel, which once was a parsonage), I alternated between email, postcards, writing and sleep before Christine came through, a couple of hours later. We were both exhausted. We went down for tea and a bite to eat (the hotel is lovely; the early 20th century artwork on the walls is staggering) before crashing in our room to a couple of hours of Top Gear (oh, British television, have you nothing else?). We crashed, hard.

Tomorrow: more of Christine's conference, before a return to London...