From Philadelphia poet Pattie McCarthy comes two new, beautifully designed and produced chapbooks via a collaboration between eth press and Punch Press, her margerykempething (2017) and qweyne wifthing (2017). It would be impossible not to see these two publications as siblings, even as two sections of a larger, book-length work-in-progress. Through these, McCarthy researches into and through the terrain of Medieval mystics, women, their labour, tales of mothering, birth and other related topics that have existed throughout the whole of her published work-to-date, from bk of (h)rs (Apogee Press, 2002) and Verso (Apogee Press, 2004) to Table Alphabetical of Hard Words (Apogee Press, 2010), Marybones (Apogee Press, 2013) [see my review of such here] and Quiet Book (Apogee Press, 2016) [see my review of such here]. As she spoke of her interest in Medieval subjects as part of an interview for Touch the Donkey a couple of years ago:

margerykempething and qweyne wifthing are each composed as collections of twenty-four sonnets (with all poems in margerykempething sharing the title, as do all the poems in qweyne wifthing, same), and margerykempething takes as its prompt the manuscript Book of Margery Kempe that sits in the British Library, an edition that sits as a single copy, giving Margery Kempe the title of “first English autobiographer.” When a digital version of “medieval mystic” Kempe’s manuscript was released online in 2014, Alison Flood wrote in The Guardian: 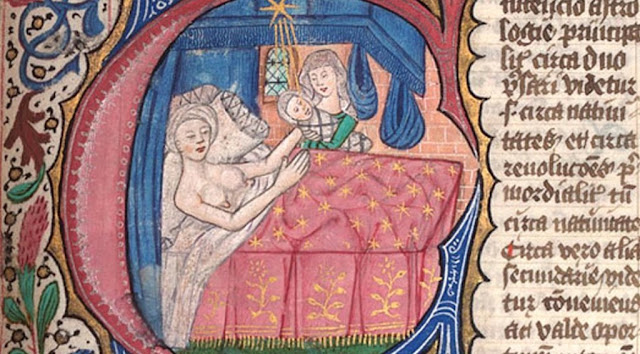 McCarthy, on her part, cites the 2000 Longman edition as her source for quotations, but the 1985 Penguin edition, her “undergrad copy,” as her “sentimental source,” writing out the details of Kempe in a line both straight and slant: “margery kempe invents the autobi- / ography &       vernacular tell-all / the backs of quiet houses from the train / a month & a half of inconvenient / Sundays [.]” The second (admittedly arbitrary on my part, given the publication of these two items appear concurrent) collection, qweyne wifthing, centres itself not on a singular specific text or individual, but on multiple, citing David Baldwin’s Elizabeth Woodville: Mother of the Princes in the Tower and Linda Simon’s Of virtue rare: Margaret Beaufort, matriarch of the House of Tudor. She centres the collection instead on multiple Medieval matriarchs, royalty and sex, as “wifthing” is defined, variously, as sexual intercourse with a woman, an affair connected with a woman or wife, or, simply, a wedding or coupling. In her poems, lines and phrases repeat and are reordered, reworked, allowing echoes and threads to exist throughout; repeating even as the poem progresses, furthers, further on. The repetition exists almost as a reminder that the stories might belong to different women of the period, but are far too familiar, and far too often repeat the same array of mistakes, misfortunes, loves and losses. As McCarthy writes:

they breathe together that she is always
the same woman          but those are different
women      bent at the waist with grief hands
over their mouths        covering what sounds
it’s just that in that moment of recognition
that point in the process of knowing one’s
own fear & grief                      everyone moves the same
there never was a ‘before we were lovers;
after there were children & thus   infinite time
both stretching into the future & also
in every second     so that any second in fear
over the baby’s body was excruciated & endless
& in the gap of the mouth   to be or become
wide open        the whole round earth in his blue mouth