Sandra Doller, Leave Your Body Behind

So there he sits, condensing away. Condensating. Every vowel so purpose, so dirty hole. Who are the ones that shake it loose my way. Shake some action, my feet. Like a radio stop. Here we are at at the bridge again. I had nothing specific in mind. When I asked you to hold the bag. Nothing in particular when I put it in the park and walked up the see saw under the armpit border in another country in an orphan train. I’m getting loose away from it like all those slut shamey bypass pills. You should be paying me not to procreate. If I popped you’d be sorry then. I believe so much in shame. It’s just sluts that don’t exist. 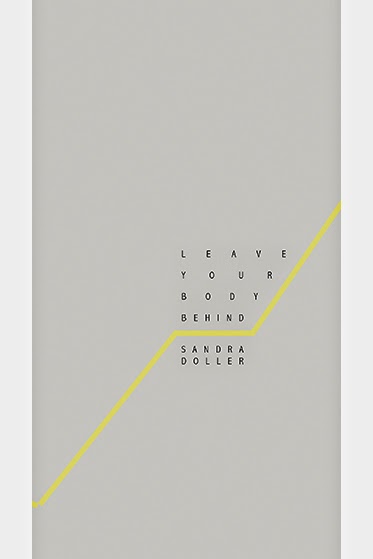 I’m stunned by San Diego writer Sandra Doller’s remarkable Leave Your Body Behind (Los Angeles CA: Les Figues, 2015), a book described as a mix between novel, memoir, exploratory essay and prose poem that, through the combination, manages to become both none and all of the above. Powerful, unrelenting and entirely physical, Leave Your Body Behind pushes and thrashes through an accumulation of short sections in which she “actively relives, revives and revamps her own memories.” Through the space of the book she explores memory, space and accountability, utilizing the structures of fiction, non-fiction and poetry to blend into something fluid, that exists impossibly easy and wonderfully complex. As she writes: “That Amy Tan really knows how to stay on track. If I could whip up something like a room, and a mother, and some situations, I’d really have something to share. As it is, I only have this little observation to offer, petty as it is. I hope you will accept it in the true and conflicted heart wrenching manner it is offered. Proffered.” Part of what has appealed for some time about Les Figues is its ability to refuse what many consider “bookstore designations” for its titles, including “literature” on the back cover instead of, say, “fiction” or “memoir,” either of which would have been an incomplete designation. Remember when Vancouver writer Michael Turner’s Hard Core Logo first appeared as “poetry,” and later, once the film adaptation was released, was reprinted as “fiction”? For certain works, the declaration can appear to be rather arbitrary.

Does work equal energy? Apart from physics. Work is demand. Energy is forgive. Energy is something you want and want to keep. Work is something you trade. Take my work, leave me my energy. College is made of people. People require energy which is work. You have to get rid of some things. Give up things. Spend your money. College gets a negative w-rap. Things that are similar are not things. There you could say stop asking me taking me. Now: you say, please ask me take me. Now you are lucky to get suck work. You are lucky to get work. You are lucky to give away your energy to people or things. You give it almost for free. Now. There is nothing similar. Not anymore. It’s a dirty word. Get burned. Stay bad.

Editrice of 1913 Press and 1913: A Journal of Forms, Doller is the author of four previous works—Oriflamme (Ahsahta Press, 2005), Chora (Ahsahta Press, 2010), Man Years (Subito Press, 2011) and Sonneteers (Editions Eclipse, 2014)—all of which display an engagement with a blending of forms and shapes and movement. In an interview posted in 2014 at Entropy, she writes:

Lately, I’ve been using this Lyn Hejinian quote for almost everything—from thinking about poetry & dance, to answering this question—so I’ll pop that in here. It’s from The Language of Inquiry...which bears reading/re-reading, yes/wow:

Poetry is so many things—political speech, resistance, music, comedy—and has different roles in different contexts. In Slovenia and Russia and Mexico and Canada, in my limited experience, poets seem to be treated differently than in the US, where to say you are a “poet” to a non-poet listener is like saying you’re an anarchist who lives in the desert in a tent made of decomposing trash, by choice.