Friday night at Hastings Park.
Our beer in plastic cups. Pre-race,
the announcer tells us to look for
a big ass, a line of muscle along the abs
as horses bounce and prance past
patio tables, retirees with circled stats,
hipsters in fedoras, weekend warriors,
families and first-timers craving novelty.

The regulars drink inside,
beer rings stamped on betting slips.
Bred for impulse, live-feed TVs.
Minutes till the starting gun,
exam hush as their pencils wager
cubicle earnings against Luck
of the Devil. A flurry of hunches
before crack.

Cramped on their saddles,
Jockeys jack-in-the-box.
Horses try to outrun
whips. Call it sport or
9 to 5 odds I can’t watch.
Close my eyes.
A wall of noise
at the finish line.

Squamish,British Columbia poet Bren Simmers adds her voice to the poetic geography of Vancouver through her second poetry collection, Hastings-Sunrise (Gibsons BC: Nightwood Editions, 2015). Every time another poetry collection on and around Vancouver social geographies emerges, I’m amazed at the growing list of authors who have articulated that particular city through the scope of the poem, from George Bowering’s George, Vancouver (Kitchener ON: Weed/Flower Press, 1970) and later Kerrisdale Elegies (Toronto ON: Coach House Press, 1986; Vancouver BC: Talonbooks, 2008) to Daphne Marlatt’s Vancouver Poems (Toronto ON: Coach House Press, 1972) and updated Liquidities: Vancouver Poems Then and Now (Talonbooks, 2013), to Michael Turner’s Kingsway (Vancouver BC: Arsenal Pulp Press, 1995) and so much further. There has been a whole slew of poets who have worked to articulate Vancouver, including: Meredith Quartermain, Stephen Collis, George Stanley, Elizabeth Bachinsky, Sharon Thesen, Fred Wah, Sachiko Murakami, Cecily Nicholson, Oana Avasilichioaei, Roy Kiyooka, Earle Birney, Clare Latremouille, Gerry Gilbert, John Newlove, Christine Leclerc, nikki reimer and Shannon Stewart, among so many, many others. I ask again: what is it about the city that inspires poets in such a way?

People we pass every day
become our landscape,
and we, theirs.
A friend tells time
by where she passes
the same woman
on her way to work,
which block. On
Granville, it’s opera man,
who belts out Puccini,
Rossini, Verdi maybe,
as he strolls the sidewalk.
Here, it’s the woman
in a tiara begging
outside McDonald’s,
the old man we watch for
at sundown, and he for us. 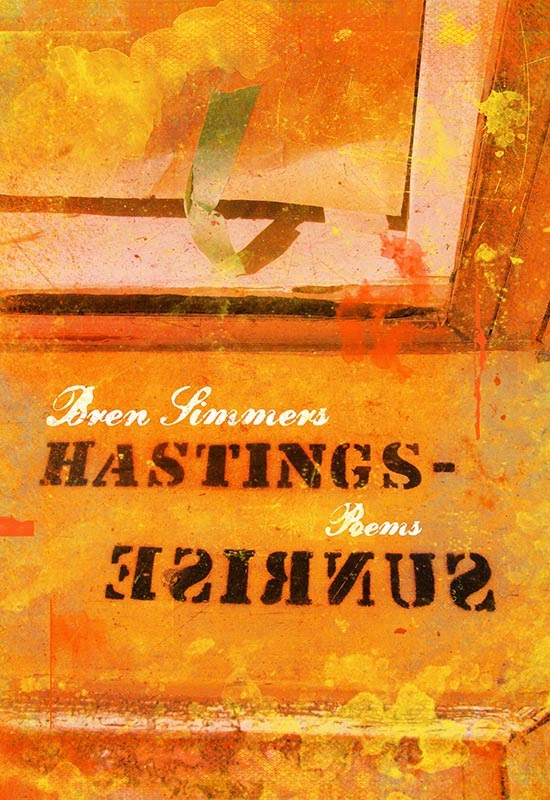 One of Vancouver’s oldest neighbourhoods, the working class neighbourhood of Hastings-Sunrise sits immediately east of Vancouver’s fabled “Downtown Eastside” and has been experiencing a resurgence over the past couple of years, moving from abandoned buildings and evidence of drug use to a gentrification that includes condo development and an increase in small business. Simmers’ portrait, a lyric suite of poems that exist predominantly without titles, includes sketching out poems-as-maps, such as “Maps of Neighbourhood Swings,” “Map of Open Doors,” “Map of Autumn Tree Colour,” “Map of Christmas Lights” and “Map of Neighbourhood Routes,” all of which end with the caveat, “Not to Scale.” Simmers’ exploration of the Hastings-Sunrise area is very much constructed in terms of creating a portrait of the area through the lens of her experience, and one that works less as a portrait specific to Vancouver’s Hastings-Sunrise than the ways in which a neighbourhood becomes absorbed within the body, whether one allows it to, wishes it to, or not. This is a book about being present. Less critical than exploratory, Simmer’s Hastings-Sunrise is closer in tone and temper to similar works by British Columbia poets Elizabeth Bachinsky and Sharon Thesen than to, say, Stephen Collis or Cecily Nicholson, and her notes at the back of the collection echo that idea of domestic immediacy, as she includes: “A shout-out to Hastings-Sunrise for insisting I pay attention to my life in the present moment […].” Presented with little commentary, historical elements or critical gaze, Simmers sidesteps the usual portrait of a geography for a portrait of how a geography becomes internalized, and the ways in which we interact in urban spaces. In a poem on the local wading pool, she writes: “This park a shared / backyard, erases divides, draws / zebra foals and lion pups / to the watering hole.”

Posted by rob mclennan at 8:31 AM
Labels: Bren Simmers, Nightwood