The lines were drawn without our consent. This is an empty statement, for the drawing of the lines did not require our consent. We shored the river but turned away when we realized our subjectivities were seeping into it. We fought unfairly. Overgrown like wedges of land covered in weeds. With our jugular appendages, we intoned coarse sounds. Ventured to look past our moss-ridden thighs. Mostly, our soundings were futile, husked. But there were moments of lucidity, even resonance. Then our hands would reach out to touch each other’s throats as though in recognition. Or acknowledgment. Petals of thought blew gusts around us. Small creatures guarded our solitudes. Which churned in the cavern of our guts. The vastness of our intention was a material we could not fathom. We asked questions that had no answers and as such perpetuated into quarries of language. (“Line Drawings”)

Montreal poet and translator Oana Avasilichioaei’s new collection, Limbinal (Vancouver BC: Talonbooks, 2015), is built as a series of lyric explorations of borders and partitions, attempting to articulate the no-man’s land between fixed ideas, solid objects and a variety of poles, from geography to genre, even moving into footnotes and beyond, into the margins themselves. As she writes near the beginning of the opening section, “Bound”:

The geography keeps shifting into bloom and decay, thus daring to future. Periphery disrupts the dialogue. Floundering, wet lines linger. Fish bend the river into its undulations, spring curves. Will these trajectories double back, mislead us? We leave unnoticed through a back gate to make a country elsewhere. We pass the perennials and smile softly. What is our spatialized intention?

The author of four previous poetry collections—Abandon (Toronto ON: Wolsak & Wynn, 2005), feira:a poempark (Toronto ON: Wolsak & Wynn, 2008), Expeditions of a Chimæra (with Erín Moure; Toronto ON: BookThug, 2010) and We, Beasts (Wolsak & Wynn, 2012)—as well as five translations, Avasilichioaei’s work has evolved into a series of inquiries on how and where multiple sound, language, meaning and ideas overlap, shift and blend, allowing the borders to shimmy and bleed, and somehow illuminate the differences through highlighting the similarities. Her prose is incredibly fluid, even liquid, managing to easily flow and shape itself around a variety of thoughts and ideas.

Lake asleep in a dusking leaf, the hair of a peasant I killed awaits to strangle me. Its ridicule on this final step feverishly summoned, the mane’s adroitness won’t pass down to my successors.

I am a flamed wheel, visible to those who have enemied me for a long while.

Somewhere, in the pleasure of the great distance, a vaporous flag ascends and descends; soldiers bloody their nakedness, hands grasping convulsively; sky, unused to incidents of this kind, blooms too soon.

We can’t expect hospitality, though we wear melancholy’s gloves. We trench in, we are the despotic fanfare of a blind platoon. We refuse sleep.

Tears march embittered through the snows. We watch them approach, soldier the urge to run off with a shadow, this night on the eve of a new flag. 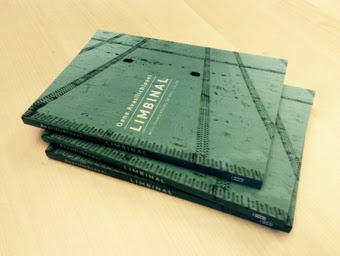 Constructed in ten sections, the book includes “Itinerant Sideline,” a section composed entirely of photographs, highlighting Avasilichioaei’s engagement with the between-space, and the space that connects two opposing or conflicting spaces. A further section, “Ancillary,” is a translation of the only poems Paul Celan composed in Romanian, composed between 1945 and 1947, during Celan’s own evolution. As part of her notes at the end of the collection, Avasilichioaei writes: “[…] Paul Pessach Antschel became Paul Celan during his years in Bucharest, having first attempted to translate himself into Paul Aurel and Paul Ancel. Written in one of his adopted languages, in the desolation of the war, a war he survived in a Romanian labour camp while his family died in another, these poems are thresholds, existent and impossible, invented and possible. Limbs disarticulate and wander their syntax in the estranged language, lose control of their articulations, stir in the aftermath of an inhumane civilization.”

You must believe: from the soil sprouts an arm twisted by silences,
a shoulder scorched by the glaze of smothered lights
a face blindfolded with the black sash of sight
a large leaded wing and a leafed one
a body wearied by rest soaked in waters.

Look how it floats amid the grasses with outstretched wings,
how it mounts the mistletoe stairs towards a glass house,
in which, with enormous steps, rambles an aimless seaweed.

Colliding in the dark the house’s windows will clamour
telling each other what they know, but without discovering
whether we love one another or not.