In this place, this slow mausoleum
space held by cold stone & glass
angles criss-cross
into shifting
open-occult wings.
Where sunlight strikes
air bleeds multi-coloured psalms
and when, in service, the choral voice
raises William Byrd, feathered
quavers trace the arcing roof,
fan
a rainbow of harmonic hope
then fall to ground, flame-tongued.
Profound expectations fibrillate
the hearts of the faithful. Some glimpse
doors in stone & burning air beyond; some
fixate on the eagle rooted
to the lectern’s edge, freedom tethered
in its held wing,
law nailed
in its
claw

Kamloops, British Columbia poet Pete Smith’s latest offering is Bindings with Discords (Bristol UK: Shearsman Books, 2015), a book uniquely influenced by British experimental poetry as well as a variety of Canadian writers, especially those around the Kootenay School of Writing. Born and raised in England, Smith emigrated to Kamloops in 1974, where he was able to slowly start interacting with a number of Canadian poets and their works. As he writes as part of an interview forthcoming at Touch the Donkey:

In Britain, no direct engagement beyond being a consumer of mags which provided different sets of outlook:  Stand – toward Europe largely; Agenda – Poundian modernisms; Grosseteste Review – openings toward USA, combo of projective & objective ‘schools’ filtered through a very English light.

Attended readings at the then Cariboo College where I heard but didn't ‘meet’ Birney, Newlove, Bowering et al.  (A long parenthesis, 10 to 15 years, takes me into a North American cult/church community where I become an elder & preach regularly – until finally reading my way out of that wilderness – picking up while there some useful self-discipline for essay writing & a preachiness in my poems that I have to guard against).

Real connections began on three fronts in the 1990s: firstly, through the Internet & an email I sent to Nate Dorward I connected up with British & Irish poets I felt at home with & led to the publication of the first Wild Honey Press chapbook; through Nate again I learned of a reading at the ksw whose venue I failed to find then but, thanks to Rob Manery, found it for the next time; the Kamloops Poets Factory where Warren Fulton’s energies created a local scene & we brought in some good writers to read & conduct workshops (my contributions were all through the ksw connection: Mike Barnholden, Aaron Vidaver, Ted Byrne on one occasion; Lissa Wolsak & Lisa Robertson on Easter Sunday, 2000 – Lisa read from The Men.  Not so many personal meetings really, lots of recruits I bring in from my reading, not in order to name-drop, but to share my experience in a particular text-world. Exploration & celebration. 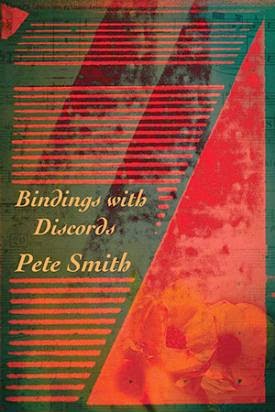 Smith’s poems favour a kind of narrative and tonal discord, pounding sound against meaning and sound in a way reminiscent of some of Ottawa poet Roland Prevost’s recent writing. As Smith writes in the poem “From the Olfactory”: “Swamped by irritants / air-borne and scoped / he defended a weakened immune / system, set about mopping up / incontinent emotions, / secured HQ in the lachrymal ducts.” Composed over a period of some twenty-plus years, the collection is constructed into two groupings each made up of three sections: “Part One: Pointes & Fingerings,” that includes “One-Eye-Saw: ‘in the sure uncertain hope,’” “20/20 Vision” (an earlier version of which was produced as a chapbook through Wild Honey Press in 1998) and “Evacuation Procedures,” and “Part Two: Three Fancies in the Key of BC,” which includes “Strum of Unseen” (an earlier version of which was produced as a chapbook through above/ground press in 2008), “48 Out-Takes from the Deanna Ferguson Show” and “Mother Tongue: Father Silence.” Perhaps due to the extended composition of the collection, Smith’s variety of structures holds the book together incredibly, shifting his punctuated collage-works from short fragments to prose poems to poems that break structure down altogether. Interestingly enough, Smith’s writing comments on the visible absence his writing creates, as he publishes quietly, nearly invisibly. In “48 Out-Takes from the Deanna Ferguson Show” he writes: “Let me introduce you to my anthology. Your absence will guarantee you pride of place.”

one:       desire & music are a vortex
two:      the rhythm the rhythm the rhythm
the rhythm three: dithyrambic
celebration collapse
bottom fish sit this one out
on top of the news
four:   slow dance among the picnic debris
lives measured out in steps
portraits of soles on the move
& at rest
waltzing through wilted lettuce
crusts of cheese
crumbed stones of bread
dancing away from stilled life (“Third Movement”)

There’s an incredible density to Smith’s work, one that comes across as a narrative collage, excising unrequired words for something built as both incredibly precise and remarkably open to a variety of possibilities. In his review of the Wild Honey Press edition of 20/20 Vision for The Gig, Nate Dorward wrote:

The wit catches the ear: not the deadpan standup comedy sometimes the fate of the New Sentence, but a mode of inquiry into poetic style and into cultural authority.  There’s a wish to avoid “the poet shrunk to a witness”, reproducing the personal, religious and social nostalgias on offer: “technes create / instant nostalgia, break you and your dear ones / into timed fragments: zoom, smile, cut; / in your pram with soother, in your graduation / gown, in your senile frame with demented smile.”  High prophecy may be unavailable, but one can be “eloquent” in “disbelief” […].

There is much going on here, in a poetry that builds upon responses to writers, writing and artwork, including photographer Fred Douglas, poet Deanna Ferguson and the late poet, artist and musician Roy K. Kiyooka. Binding, as he tell us in the title, with discords: one can’t be any more direct than exactly that.

Bamboo-heart, water-heart teach us the meanings of friendship. Between heaven and earth, a journey to share – everyday home. Be with until public law – BC Security Commission, March 4 1942 – states you are decreed nisei, sundered by stained metal blade of fear-hatred-greed. “Relocatable persons” are asked to be rootless, artless, homeless &, best self, lifeless. Everyday home claps you into its pure bamboo, empty water jail. Be your own best friend – a shade yellow, simulacrum/b of white (boss) man – bereft of former chums.