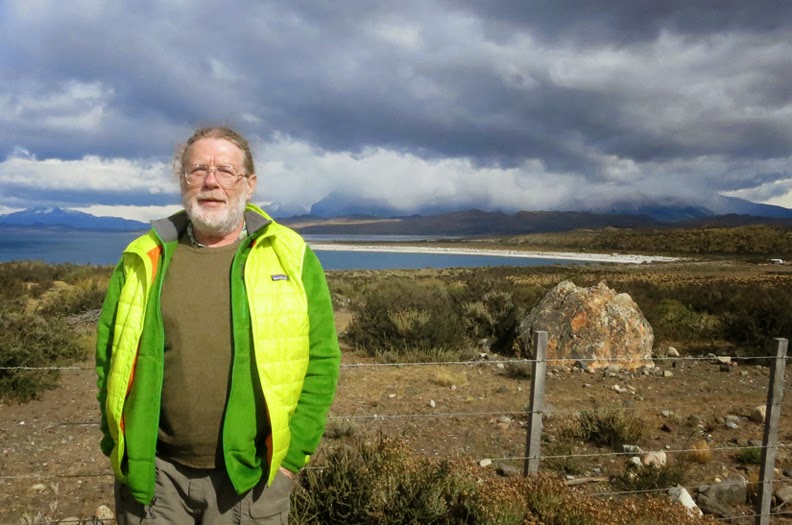 Mark Weiss is author, translator or editor of seventeen books, including the poetry collection As Luck Would Have It (Shearsman Books, 2015), and the anthologies Across the Line / Al otro lado:The Poetry of Baja California (Junction Press, 2002) (with Harry Polkinhorn) and The Whole Island: Six Decades of Cuban Poetry (University of California Press, 2009). Among his translations are Stet: Selected Poems of José Kozer (Junction Press, 2006) and Gaspar Orozco's Autocinema (Chax Press, forthcoming). In previous lives he was a filmmaker, a psychiatric social worker and family therapist, a dealer in rare prints, and a university teacher. He lives on the edge of Manhattan's only forest.

1 - How did your first book change your life? How does your most recent work compare to your previous? How does it feel different?
I published my first book in 1976. It was something of an accident—I asked a friend to critique a manuscript. My friend, who was also a publisher, told me he wanted to publish it, but it needed some work. Really. It never occurred to me that I was ready for a book. Some of that book—it's called Intimate Wilderness (New Rivers, 1976)—reads like a homework assignment for psychotherapy, which it was, except that I assigend it, not my therapist. The rest is New American Poetry-inflected lyric. Some of it's ok, but it's not what I've been interested in for a very long time. My second book was nineteen very busy years later, and it's completely different, much more focused on process and the discovery of form-and-content. There was a fair amount of work in between that remains unpublished, though I hope to get around to it. The second book, Fieldnotes (Junction Press,1995), seemed to me a total departure, and I was so excited by it that I skipped the rest and published it myself, to get it out there as quickly as possible. My guess is that now I'd find some sort of evolution in the intermediate work.

2 - How did you come to poetry first, as opposed to, say, fiction or non-fiction?
I started reading poetry when I was very young and writing it by the time I was 11. I always thought I'd become a novelist like Hemingway and lead an adventurous life and sleep with a lot of exotic women. As if writing, and fame, fortune and groupies, were that easy. I was very young

3, 4 - How long does it take to start any particular writing project? Does your writing initially come quickly, or is it a slow process? Do first drafts appear looking close to their final shape, or does your work come out of copious notes?
Where does a poem usually begin for you? Are you an author of short pieces that end up combining into a larger project, or are you working on a "book" from the very beginning?

I write what's available to me to write and it's been years since I've worried about the times when I don't write. There's more than enough poetry in the world that's not driven by necessity. In As Luck Would Have It (Shearsman Books, 2015), my fourth (counting only major collections), there are poems with a beginning, middle and end that seem to have a subject or even a plot, there are small poems grouped to be read in the order presented, and long poems made up of fragments. They all follow from my work habits—my studio is the notebook in my right rear pocket, where I jot down everything that happens in language (as well as thoughts and shopping lists, which only occasionally make their way into a poem). I may play with alternate syntactic structures or I may try for le mot juste, then, or later, when the longer poems are formed in my secondary studio, the one with a desk and a computer. The process may be very quick or take years of torture—it's a testing and testing of the metal. The space between the lines can also take time—silence can be as loud as speech. The idea is for the words to combine without explanation or apology. Amazingly, working this way allows the expression of a far wider range of a world than my former more deliberate process.

I attached as an afterword to my third collection, As Landscape (Chax Press, 2010), the essay “A Provisional Poetics,” which is as much a poetics of the provisional. It details both what I think I'm doing and how the accidents of living allowed it to happen.

5 - Are public readings part of or counter to your creative process? Are you the sort of writer who enjoys doing readings?
I love giving readings, but I don't need to.

6 - Do you have any theoretical concerns behind your writing? What kinds of questions are you trying to answer with your work? What do you even think the current questions are?
I have no idea what the current questions in poetry at large are. Think of everything we know as a forest of undifferentiated phenomena. I'm interested in presenting the forest and also the paths through it.

7 – What do you see the current role of the writer being in larger culture? Does s/he even have one? What do you think the role of the writer should be?
I don't spend a lot of time worrying about this. Of course I'm aware of how limited the potential audience for a poem or a book of poetry is, and at one point I imagined triumphant processions, but I do what I do because I have to and want to, regardless. It's not for me to say what others will find useful or compelling.

8 - Do you find the process of working with an outside editor difficult or essential (or both)?
Not essential, but often helpful in the final winnowing. I have a select crew of informal editors.

9 - What is the best piece of advice you've heard (not necessarily given to you directly)?
“Expect to get wet if you sleep with children” (Cuban proverb). “Better alone than in bad company.” (fortune cookie).

10 - How easy has it been for you to move between genres (poetry to translation)? What do you see as the appeal?
I began translating, with the exception of a couple of very early and unimportant pieces, when I got involved with Across the Line /Al otro lado: The Poetry of Baja California (Junction Press, 2002), which I edited with Harry Pokinhorn. That must have been in 1999 or 2000. It led to another anthology, The Whole Island: Six Decades of Cuban Poetry (University of California, 2009), two books by the Mexican Gaspar Orozco (both forthcoming), and the Cuban poet José Kozer's Stet: Selected Poems (Junction Press, 2006). Its appeal? To convey what one's learned or loved. I've found it easy to move back and forth. For the first several years I was convinced that, having come to translating as a seasoned poet, it had little impact on my writing. That's true, in a limited way—I was already who I am—but it's certainly taught me a lot about language, including my own, and given me a range of new permissions.

I've translated very little in the past six months. I miss it. But it requires a different kind of time allocation. Let's say that I need to be in my secondary studio for more time.

11 - What kind of writing routine do you tend to keep, or do you even have one? How does a typical day (for you) begin?
Except when I'm forming a book I actually try to avoid a writing routine. I'm interested in the accidents, what happens when I'm eavesdropping on myself and others. The Czech composer Leos Janacek used to carry around a pocketful of index cards on which he'd had music staves printed. He'd follow people in the streets, occasionally even hiding behind the bushes while lovers spooned on a park bench, writing down the music of the spoken language. He's one of my heroes.

12 - When your writing gets stalled, where do you turn or return for (for lack of a better word) inspiration?
I don't worry about it.

13 - What fragrance reminds you of home?
Wet dog.

14 - David W. McFadden once said that books come from books, but are there any other forms that influence your work, whether nature, music, science or visual art?
I'm deeply involved with classical and Indian music and the music and lyrics of traditional ballads, and with the visual arts. I'm also a hiker—I've been doing serious walks since about age 14. They all come in.

15 - What other writers or writings are important for your work, or simply your life outside of your work?
Too many, in several languages.

16 - What would you like to do that you haven't yet done?
Whatever I can't conceive of.

17 - If you could pick any other occupation to attempt, what would it be? Or, alternately, what do you think you would have ended up doing had you not been a writer?
I started writing at 7. Everything else I thought of doing has always been understood as a day job. Except filmmaking. For maybe six to eight years I worked towards becoming a film maker, but it was always making poems on celluloid.

18 - What made you write, as opposed to doing something else?
God knows.

20 - What are you currently working on?
My next book of poems (I think). I'm also about to begin translating some poems by the Mexican/Scot Juana Adcock.