Garth Martens, Prologue for the Age of Consequence 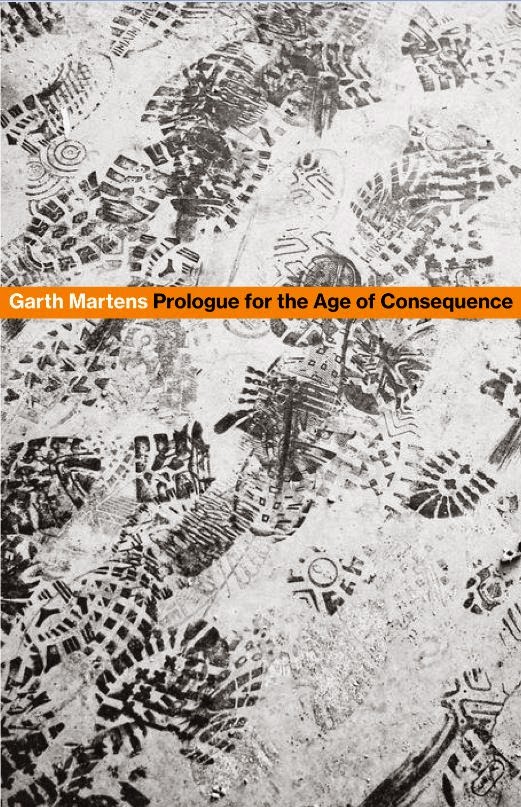 In his poem “Storm,” Garth Martens writes, “Outside the sun is gone and there is only blackness, a fog of black.” In his debut collection, the Victoria writer attempts through a series of lyric poems to articulate the physical, ethical and human concerns of those who labour in the Alberta oil fields, as well as the implications of the industry for the rest of us.
From the poem “Seizures”: “Here, the lineated darkening sand, the cooling rock, / Laura ten paces ahead. Skimming a foot / in the water as the waves tossed, / she said, I’m hanging / by a thread.” This rough and demanding series of incredibly dense and tactile poems, some of which are composed as character studies, and others as extended scenes, accumulate to form a book stretched out over a wide canvas of various perspectives.
The Canadian idea of work poetry was loudly championed throughout the 1970s and 80s by poets such as Tom Wayman, Kate Braid and Phil Hall, all of whom still persist in their poetic explorations of that topic, and yet, the conversation around work poetry and work writing has become relatively quiet. That said, this is not the first poetry collection about the Alberta oil fields, after Toronto poet Mathew Henderson’s The Lease (2012) addressed the same phenomenon and was shortlisted for both the Trilliam Book Award for Poetry and the Gerald Lampert Award.
In light of these two volumes, it will be interesting to see how conversations around work poetry might re-emerge, and to see just how our understanding of work and poetics has evolved. It is curious that Henderson and Martens use formal poetic language rather than the plainer speech of Wayman and his contemporaries, while still acknowledging the value and grace of physical labour.
Some of the more compelling pieces in the collection, such as “Mythologies of Men” and “Dreamtime,” sit on the boundary between prose poetry and short story. There is a linguistic heft to these poems, and even a gymnastic twirl; in the title poem, Martens writes: “We deplanted currencies, tribes. Machines began / to count even the motes of the soul / adrift in the microwavable / avatar country of the digital.”
Unlike a work such as Cecily Nicholson’s 2014 From the Poplars, which turns a highly critical eye to her subject matter, Martens' explorations are more descriptive than critical. Yet his explorations shine an important spotlight on a series of activities rarely discussed in Canadian writing. These are poems very much composed by someone who seems to understand the fields: from what they demand, and just what, in the end, they might cost.