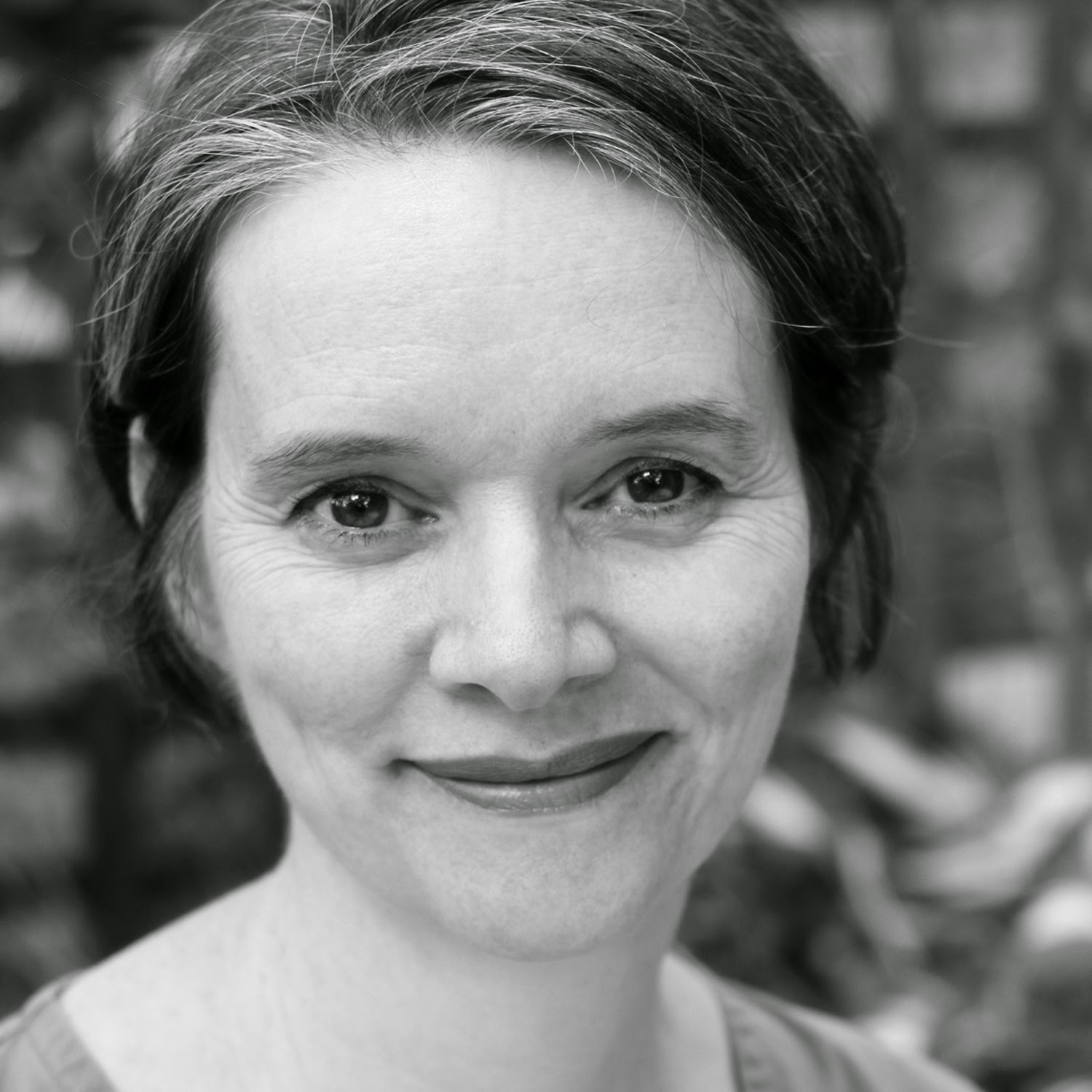 Toronto-born Binnie Brennan is the author of three books of fiction, Harbour View and A Certain Grace (Quattro Books). Her novel, Like Any Other Monday, was published in September 2014 by Gaspereau Press.

Co-winner of the 2009 Ken Klonsky Novella Contest, Binnie has also been published in several Canadian and American literary journals. Her novella, Harbour View, was shortlisted for an Atlantic Book Award and longlisted for the 2010 ReLit Award. Binnie is a graduate of the Humber School for Writers, where she was mentored by M.G.Vassanji and Alistair MacLeod.

Since 1989 Binnie has lived in Halifax where she plays the viola with Symphony Nova Scotia.

1 - How did your first book change your life? How does your most recent work compare to your previous? How does it feel different?
The publication of Harbour View was certainly one of the great thrills of my life. It was a solid nudge that I was on the right track as a writer, which propelled me to complete my short story collection (A Certain Grace).

I’d say my most recent work, Like Any Other Monday, is the one that’s most changed my life – my writing life, anyway. Writing from history wasn’t something I’d considered, nor was writing a fictional portrait of Buster Keaton ever part of my plan. It’s taken me places I never thought I’d see, such as the Margaret Herrick Library in Beverly Hills, and I’ve absorbed a great deal about two extinct art forms, vaudeville and silent film comedy, which I hadn’t much thought about before now.

Until Monday came along, I’d thought of myself mainly as a short story writer. I love the short form for its distillation of ideas and images, and never really thought I’d be able to cope with the larger canvas of a novel.

2 - How did you come to fiction first, as opposed to, say, poetry or non-fiction?
I’ve been reading fiction for as long as I can remember. I’m most at home reading and writing fiction, although with the work I’ve been doing on Buster Keaton I have extended my reach towards non-fiction in the way of essay-writing, and some prose-poetry pieces inspired by his two-reel movies.

3 - How long does it take to start any particular writing project? Does your writing initially come quickly, or is it a slow process? Do first drafts appear looking close to their final shape, or does your work come out of copious notes?
The first draft is always hard work, sometimes a painful slog. It takes a lot of revising and polishing before I’m happy with it. One of my twenty-page short stories took nine months of continuous writing and rewriting before I had the plot nailed down. However, Like Any Other Monday came in a rush following eighteen months of deep research, copious note-taking (ten filled notebooks) and various writing efforts (see #2). The first draft of the novel took six weeks to write, and I wrote nonstop, night and day. Does that mean it took six weeks, or 19-1/2 months? However you look at it, this was a completely new approach to writing for me. I just wanted to get the words down and sort it out later. It took a lot longer to revise and clean it up than to write the first draft, but the overall shape is the same.

4 - Where does fiction usually begin for you? Are you an author of short pieces that end up combining into a larger project, or are you working on a "book" from the very beginning?
A lot of my short stories come from newspaper articles, overheard conversations, and in some cases, remembered events that I’ve appropriated and then altered to suit the story. With A Certain Grace I didn’t have a book in mind; I’d written the stories over a six-year period. Harbour View began as linked short stories I sort of got on a roll writing, and then decided to put them together as a novella.

Like Any Other Monday had its beginning as an experimental short story that left me scratching my head, wondering who are these people, and how did they come to be breaking in a new act together on the vaudeville stage? And then what happened? The short story grew longer and longer until finally I realized it would probably turn into a novel.

5 - Are public readings part of or counter to your creative process? Are you the sort of writer who enjoys doing readings?
I do enjoy them. Readings are one of the best ways writers have to connect with readers, and I love to read aloud, something I’ve always enjoyed doing. I prepare for readings as I would for a musical performance. I rehearse like crazy, and I underline certain words, add crescendos and breath marks and dynamic markings as I do musical scores. I read aloud to my cat until he’s so bored he leaves the room. And then I do it again. There’s no substitute for being prepared, for having the rhythm set and the words ready in your mouth. It’s not to say I’m spared the butterflies and wobbly knees, but I love the connection between story, writer, and reader, and for me the story is the most important thing in the room.

6 - Do you have any theoretical concerns behind your writing? What kinds of questions are you trying to answer with your work? What do you even think the current questions are?
None, really. I’m more of an intuitive writer, and each story brings with it a load of doubt – did this work? Can I get away with it? When I’m writing I don’t think about theoretical matters, form, structure; usually that sort of thing takes care of itself. I’m just happy to get the story down, and I enjoy making stuff up.

8 - Do you find the process of working with an outside editor difficult or essential (or both)?
I’ve had such good experiences working with Andrew Steeves and Gaspereau Press, and with John Calabro, the fiction editor at Quattro Books. In both cases we were simply after making the stories as good and authentic as possible. This involves leaving the ego at the door and knowing when to try the editor’s suggestions, or when to dig your heels in.

9 - What is the best piece of advice you've heard (not necessarily given to you directly)?
Keep your options open.

10 - How easy has it been for you to move between genres (short story to novel)? What do you see as the appeal?
I’ve only made the move from short stories to novel successfully once, and it wasn’t intentional – the novel came from a short story. I’ve never thought in terms of “graduating” from short stories to longer fiction, of aspiring to write a novel once I got the hang of short stories. For me the art of short fiction lies in the compression of ideas, the economy of style.

Both genres have their appeal. With a short story you can hold the entire thing in your head without too much effort during the writing of it. I might make a few pages of notes or sketches and take it from there. Novels are obviously on a much bigger scale. Once I realized I was writing one, I had to make about a thousand decisions and keep detailed notes just to make sure I stayed on track and didn’t lose anything. The novel allowed me a wide-open space I’d never occupied before, and I enjoyed being there. Still, I found myself economizing, distilling things, and I’m not sure if that was a conscious choice. I don’t think it was.

11 - What kind of writing routine do you tend to keep, or do you even have one? How does a typical day (for you) begin?
I don’t have a set routine; it depends on what I’m writing and on my work schedule. With Like Any Other Monday I was up at least five times a night making notes as ideas flooded in, and in the morning I’d try to make sense of them. I hit the ground running (writing) every single day and couldn’t wait to see what the next night’s notes would bring. This went on for weeks, much of it during Nutcracker season. My Symphony colleagues got used to my frantic note scribbling in the pit between pieces, and after the rehearsals or concerts I’d rush home and write some more.

12 - When your writing gets stalled, where do you turn or return for (for lack of a better word) inspiration?
I read better fiction than I could hope to write, sometimes a single short story of Alistair MacLeod’s. I take photographs. Look at movies – usually silent movies, where every gesture tells the story. Lately I’ve been reading biographies. One of my favourites is a collection of essays on obscure silent film comedians called Clown Princes and Court Jesters, by James Lahue. One of the comedians, Billie Ritchie, died of injuries sustained on the set of an animal comedy after he was attacked by the ostriches. This was so shocking to me, but also perversely hilarious (what a way for a comedian to go!), that it surprised me into writing a short story.

13 - What fragrance reminds you of home?
Pipe tobacco takes me back to my childhood home. It’s a rare thing to find these days.

14 - David W. McFadden once said that books come from books, but are there any other forms that influence your work, whether nature, music, science or visual art?
I’ve absorbed much in the way of expression through my musical life – phrasing, structure, pacing. Buster Keaton’s movies from the 1920s have been a revelation in style, simplicity, and economy of storytelling. Visual art inspires me, especially talking to my mum about paintings, art history, and her process as an artist.

15 - What other writers or writings are important for your work, or simply your life outside of your work?
I first read Margaret Laurence’s The Diviners when I was twelve years old. She showed me that it was possible to tell stories about ordinary people, and tell them beautifully. Alistair MacLeod and Helen Humphreys have been great influences during my writing life.

16 - What would you like to do that you haven't yet done?
Sing jazz standards with a smoking hot trio in a nightclub.

17 - If you could pick any other occupation to attempt, what would it be? Or, alternately, what do you think you would have ended up doing had you not been a writer?
Title writer during the silent movie era. They were paid not so much for the number of words they wrote as for the number of words they didn’t write, all the while still telling a story. Talk about distillation and economy!

(Okay, so that’s still within the writing profession...)

When I was in high school I was torn between the two, writing and playing the viola. I was a serious music student at the time, but I was also writing a lot, and I loved doing both. A wise person pointed out that I hadn’t really lived enough of a life yet to write anything interesting, so why not pursue music for a while and live a little, and then try my hand at writing? And that’s what I did.

20 - What are you currently working on?
I’ve got a few things on the go, including a series of short stories inspired by the early, primitive days of silent movies. But the one that has my attention these days is a novel that has nothing to do with silent movies or vaudeville.