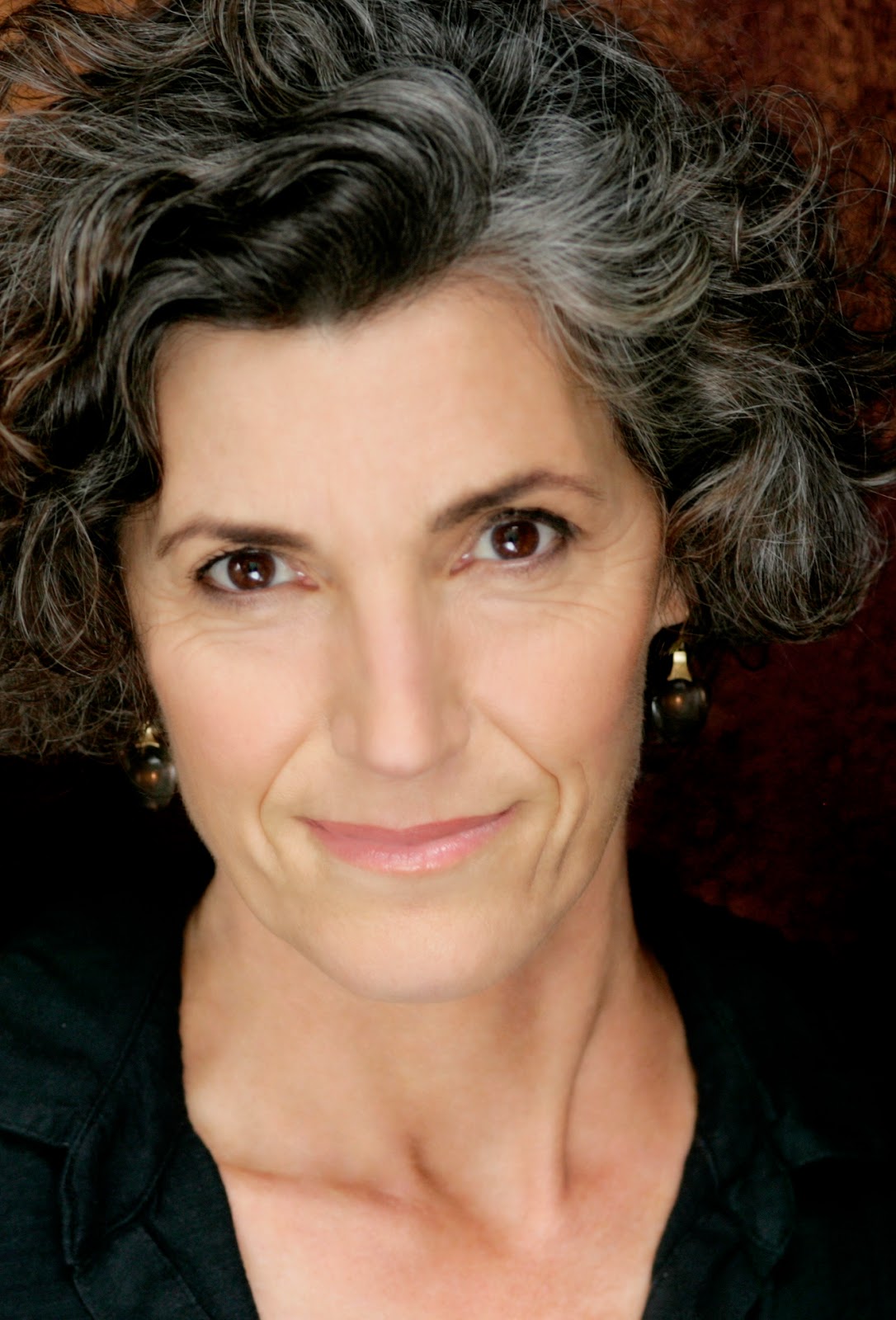 Anne Germanacos’s collection of short stories, In the Time of the Girls, was published by BOA Editions in 2010. Her novel, Tribute, published by Rescue Press, appears in 2014. Together with her husband, she ran the Ithaka Cultural Study Program in Greece on the islands of Kalymnos and Crete. She runs the Germanacos Foundation in San Francisco.

1 - How did your first book change your life? How does your most recent work compare to your previous? How does it feel different?
The first book allowed me to call myself, publicly, a writer, though I'd spent the previous forty years writing daily. With Tribute, the conversation with my readers has gained intensity and complexity. Together, we're examining the line between language and (the body's) silence. It's a fascinating, compelling conversation, one that's offering rich nourishment.

I'm not sure whether a book can be said to exist without a reader. I'm so grateful to the people who've engaged deeply with my words, giving them life.

2 - How did you come to fiction first, as opposed to, say, poetry or non-fiction?
I’m not sure that I did come first to fiction. But the voice that first emerged was the most natural extension of my internal voice. My most recent book won’t be easily pigeon-holed. In fact, it goes against categorization, stylistically and in terms of genre.

3 - How long does it take to start any particular writing project? Does your writing initially come quickly, or is it a slow process? Do first drafts appear looking close to their final shape, or does your work come out of copious notes?
My projects are ongoing and continual. It’s only once I’ve written something that I attempt to become aware of what it is I might have written. Writing is both slow and quick. It arrives quickly but may not be fully discernible to me as a particular thing for months.

A story, essay or poem is made up of words that were in the original draft, though only a fraction of them. New words rarely make their way in.

4 - Where does a story usually begin for you? Are you an author of short pieces that end up combining into a larger project, or are you working on a "book" from the very beginning?
I most definitely begin with a pea.

5 - Are public readings part of or counter to your creative process? Are you the sort of writer who enjoys doing readings?
I love doing readings! It’s the fulfillment of the drama that’s been playing in one’s head for years and sometimes decades: an audience! A listener! Someone to hear what’s had to remain private in its long incubation.

I break it down into the constituent parts: words/silence.

7 – What do you see the current role of the writer being in larger culture? Does s/he even have one? What do you think the role of the writer should be?
Is anyone solely a writer? It’s the combination of things one does in the world that add up to a place in it. One conveys thought and feeling through different actions in one’s life. Writing is one of them.

8 - Do you find the process of working with an outside editor difficult or essential (or both)?
No editor has ever fundamentally changed my work, so I can’t say that it’s been either. Having said that, it’s my present editor who recognized my work—in the sense of understanding it—and the fact that she did so has been utterly essential.

9 - What is the best piece of advice you've heard (not necessarily given to you directly)?
“Take your time.”

Michelle Obama said it to my goddaughter at the last White House Chanuka party.

It has application everywhere and goes against the current grain.

10 - How easy has it been for you to move between genres (short stories to critical prose)? What do you see as the appeal?
The risk of moving between genres, playing with them (damaging them?) is the appeal!

11 - What kind of writing routine do you tend to keep, or do you even have one? How does a typical day (for you) begin?
There are days that contain moments of writing, wedged between other activities—some thoughtful, some social and physical. There are days when everything else is lodged against the greater, larger (temporal) surface of writing.

12 - When your writing gets stalled, where do you turn or return for (for lack of a better word) inspiration?
I look to be uninspired, that is to unyoke myself from the task.

I turn away, letting myself be taken by something—anything else.

That click of being taken, absorbed by something outside myself assures a future.

13 - What fragrance reminds you of home?
Sage for the specifics of Greece. Lavender for the idea of home, including its very possibility.

14 - David W. McFadden once said that books come from books, but are there any other forms that influence your work, whether nature, music, science or visual art?
I’d prefer not to pigeon-hole. Books come from life, no?

15 - What other writers or writings are important for your work, or simply your life outside of your work?
Adam Phillips. Roberto Calasso. W.G. Sebald. Lewis Hyde. Avivah Zornberg. Geoff Dyer. Richard Rodriguez. Isaac Babel. David Markson.

16 - What would you like to do that you haven't yet done?
Combine music, paint, sculpture, bodies, film. With language.

Write something in multiple languages, in diverse alphabets.

17 - If you could pick any other occupation to attempt, what would it be? Or, alternately, what do you think you would have ended up doing had you not been a writer?
When I was quite young, I wanted to be a rabbi. A little later, I wanted to be a psychiatrist. For a short while, I wanted to be a surgeon—someone who gets to slice and look inside. There was a time when I wanted to be a midwife. A writer trades in all these.

18 - What made you write, as opposed to doing something else?
It started when I was nine or ten. Hardly a choice.

I had a good serve and a very decent throwing arm and a fantastic baseball card collection, but there was no Title IX. I used to chase the tennis balls rejected by famous women players but that kind of competition was not for me.

Vasily Grossman’s An Armenian Sketchbook took me by surprise, offering me more than I had known I wanted.

Wes Anderson’s recent one, The Grand Budapest Hotel, was very pleasurable, but his Moonrise Kingdom will stay with me far longer, I think.

20 - What are you currently working on?
Buckets of peas.