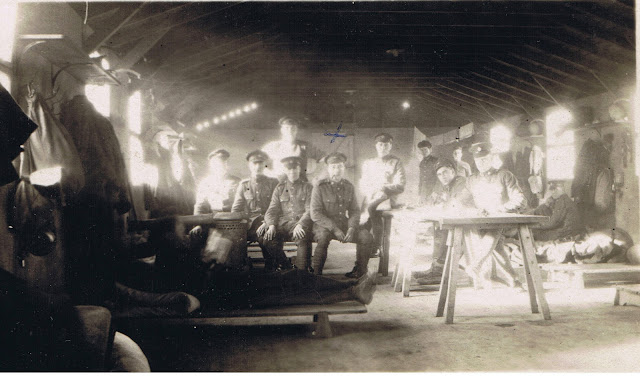 Going through my great-grandparent’s papers, I found a number of letters, postcards and photographs from World War I. My mother’s maternal grandfather, Joseph John “Papa” Swain of Kemptville, Ontario (1888-1976) fought in the war, as did one of his brothers, two of his wife’s brothers, and her father, Phillip Sarvice Cassidy (1863-1930) [the postcard/photograph above is from him]. Originally from Grand Forks, North Dakota, my great grandmother, Mary “Mamie” Caroline Cassidy Swain (1886-1985) was either one of twelve (according to my mother) or fourteen children (according to other sources), most of whom I haven’t been able to name. My list so far has only Allen Leroy Cassidy, Elmer E. Cassady [the bottom postcard/photo is from him], Patrick Cassidy [the postcard/photo below is from him], William Henry “Ruben” Cassidy, Hugh Preston Cassidy, and Bert Cassidy, the last of whom ended up in Texas (I have dates for none of them). My great-grandmother, “Mamie,” received a slew of correspondence from this period, including from her husband, her father, and two of her brothers – Elmer and Pat – most of which exists on the back of postcards specifically made for this purpose, sporting photographs predominantly of the sender(s). This kind of photo archive of soldiers, and sometimes, hospital or campsites, is an intriguing series of photo documents, and something I didn’t know existed. In one series of picture-postcards, Joe was able to send his wife and two young daughters images of where he had been in hospital convalescing after being hit by mustard gas. 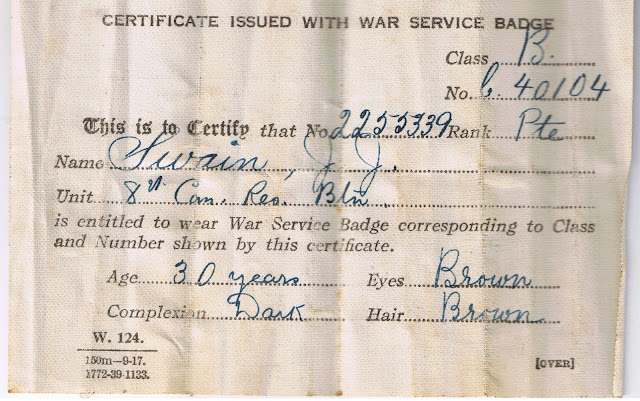 The Swain archive, nestled in two tins, is a mess of letters, postcards, medals, broken pocketwatches and other paraphernalia I have yet to fully map. What do all these medals mean? Where did all of her siblings disappear to? 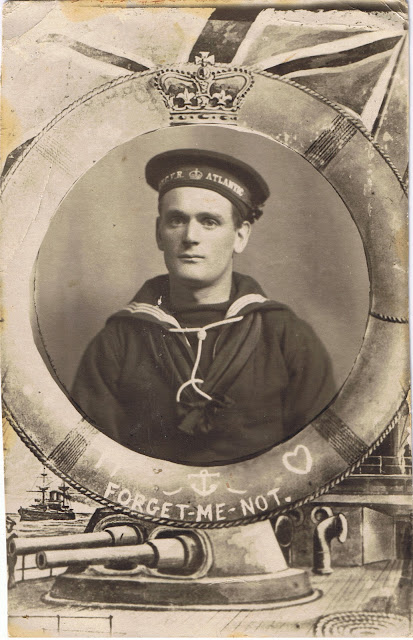 My mother long said that her grandmother’s family was Pennsylvania Dutch, and most of what I’ve found calls them “Cassidy,” yet Elmer writes his last name, repeatedly, as “Cassady.” Is this a variant, perhaps, or a preference? Did a change occur in the spelling? I have yet to fully understand it, yet to even figure out the entire list of her siblings, and where everyone might have ended up.

I received your two letters the same time I got Mother’s, they were very welcome, it was very kind of you to write to me as I never wrote to you for a good many years, well Mamie we are up against the real thing over hear [sic], and we have got a lot to contend with the wet and the cold weather, we do not get much snow up in this part of the country, it is mostly rain, we are in the reserve trenches hear [sic] to-day, quite a little way from the German’s front line, but will be going up in the front line of trenches in a day or so, where we will only be 2 or 3 hundred yards from the Germans, this is some war (believe me) poor old Belgium is purty well shot up, towns blown down to the ground, and farm buildings also, oh, it is in an awful ruins, but they will have to pay for this some day, if we have got to fight to the last man, there is lots of them think that the war is about to come to an end, but it is very hard to say, as the Germans are under the impression they will win out yet, well Dear Sister as I haven’t got much time this time or much to write I will have to come to a close, you can tell Margie that I haven't got time to write to her this time but will write later, so give my very best Regards and kinest to all remember me to Joe, and all the old friends around Kemptville, so I will say good by for this time, with my best love and wishes to all, From your so kind and true, Elmer E. Cassady XXXXXX 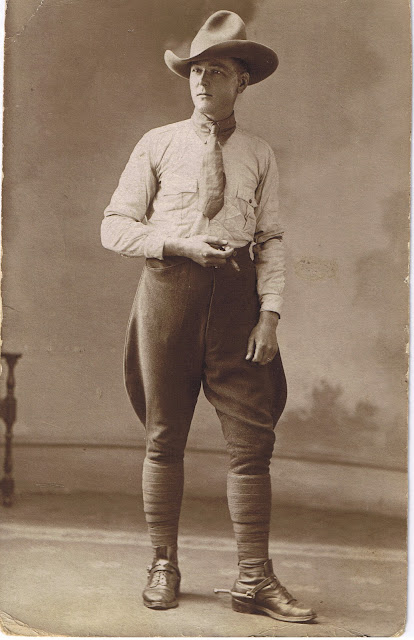