Daily offerings: a note on “Songs for little sleep,”

Lyn Hejinian described to me her work in progress, The Border Comedy, as being instigated by the notion of a collaboration in which one sends one line to someone else and the other person adds to it; yet in The Border Comedy she writes one line, then allows time to pass and comes back to it. She couldn't get a line sufficiently unfamiliar, so began to work on all fifteen books of The Border Comedy (it is intended to be modeled on the fifteen books of Ovid’s Metamorphosis) at the same time, perhaps only returning to one spot in the work a couple of weeks after it was written and only looking at a few lines on the computer at once (in order not to ‘remember’ the background). “In order to keep writing fresh the memory of it has to fade. Unfamiliar, it is ‘of the moment.’”
In language horizontal and vertical time can occur at the same moment. Hejinian says that the unfamiliarity of the writing is a prompt; it prompts the future.
Leslie Scalapino, “The Radical Nature of Experience [on Philip Whalen, Lyn Heijinian, Susan Howe, and Leslie Scalapino],” How Phenomena Appear to Unfold 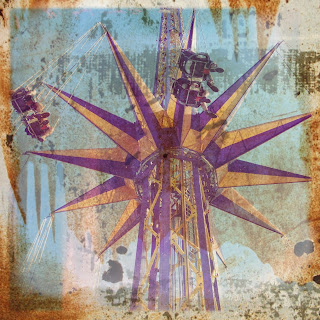 The sequence of poems that make up “Songs for little sleep,” feel different in tone from much of what I’d written previously. Different, but part of a logical progression of poetry manuscripts over the previous eighteen months, from “Miss Canada” (closing out the “wild horses” quintet) to “If suppose this is a fragment” and “The underside of the line,” the last pieces of which were completed just before the beginning of this new work. Composed between July 5th and September 1st, 2011, “Songs for little sleep,” is a series of quick texts composed in moments once taken up by certain other activities, and coincides entirely with the weeks I shared Christine McNair’s tiny apartment in Old Ottawa East before we finally moved into a shared space more appropriate to our newly-combined requirements. During this period, house-sitting replaced television and travel replaced house-sits. What would I do without my nocturnal hours of television? There was the way her apartment was so different than mine, and other (positive) disruptions, shifting a daily routine: the displacements of co-habitation that writing occupied. For this particular manuscript, I attempted to directly utilize and engage the distractions; poems were composed quickly, one per sitting, using collaged words or phrases skimmed, misread, lifted, carved, twisted and/or mashed-up with other fragments, and inserted into the fray. The musical cadence of the line continues but more a sweep, a wave or even flood. Many of the triggers for particular poems come from a longer work, from which a quoted fragment appears at the beginning of each piece, often with additional fragments from (where applicable) the dedicated, slipping quick on lines broken, shattered, and re-formed into new shapes, as twisted as possible. In various pieces, tenses and genders deliberately don’t meet up, and meanings alter. Skimmed and mis-readings were essential. Accidents and mis-communications were encouraged, if not downright celebrated.

Our dear friend, the late Robert Kroetsch once asked, How do you make love in a new country?

In the mid-1980s, Vancouver writer George Bowering crafted a collection of what he subtitled “late night poems,” his Delayed Mercy & other poems (Toronto ON: Coach House Press, 1986). Supposedly composed in his home office, at the end of his long day of teaching, the poems in his collection were composed from his Kerrisdale point-on-a-grid. I don’t mean to suggest that “Songs for little sleep,” is exclusively a “late night poems,” but one created out of stolen moments – early morning and later night – that circle other projects in an environment slightly foreign to my writing day: various reviews, essays, a creative non-fiction manuscript and one or more fictions. These poems were composed directly on the laptop, as opposed to sketched out longhand, as so much of my writing has always been. Notebooks fill my study, two-and-a-half decades worth. Unlike so much that came before, these poems were quickly formed during periods once caught up with summer repeats, instead television-less in a small apartment in Ottawa’s Old Ottawa East, a visit to Toronto’s Old Mill, a housesit in Ottawa’s Lindenlea, and her mother’s cabin in the Laurentian Hills. Shattered routine began to reform, congeal into other shapes. My days and shifted nights. Books were pulled near-random from foreign bookshelves for the sake of the unfamiliar, as Scalapino writes of Heijinian. I rejoiced in the differences. What occurs when the familiar and the unfamiliar continually meet?