Another (short) weekend in old Glengarry, 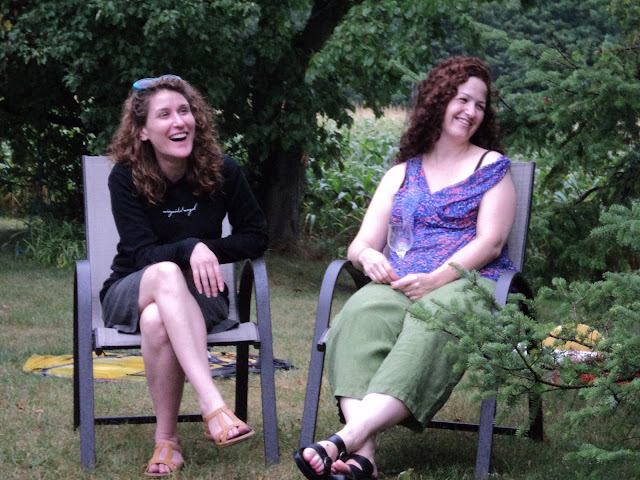 We spent another fraction of the August long weekend at the Glengarry homestead, Christine and myself driving out to help celebrate my sister’s wedding anniversary and her husband Corey’s birthday. We were unable to make the Highland Games this time around (we’re aiming for next year), and instead spent a day at my sister’s house for their annual bbq, with Carmel Purkis in tow [we did the same last year, actually], and even Marilyn Irwin showed up for a good part of the day, from her mother’s house in nearby Vankleek Hill. Unfortunately, Kate had to work, so she wasn’t able to make our annual jaunt, less and less as she gets older. She works two jobs, currently. But I worry: how many more years might we have the farm, now that he’s seventy-one? Less of a long weekend than I would have preferred, we arrived Sunday around noon for the barbecue, and headed back after a final dip in the pool late Monday afternoon, just in time to crash in our little apartment, arriving home to our petulant cat, Lemonade. How could you leave me? 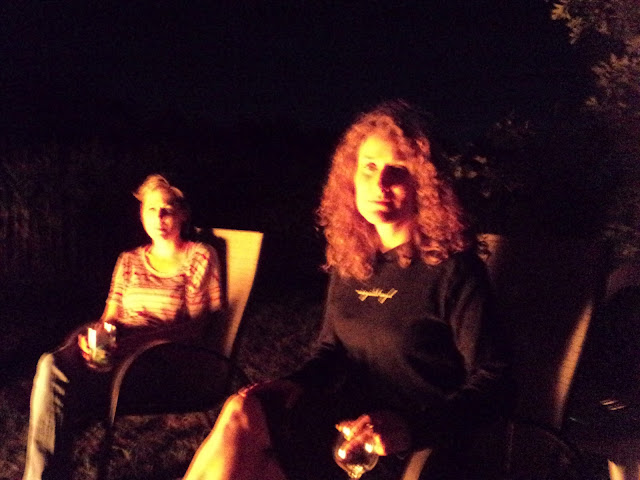 On Sunday, a day half outside swimming or poolside drinks, and half in the house (again or still, with drinks) during hard-hitting rain. The hundred bees attracted to the water from their above ground pool, a dozen or so children wandering in, around and through. My sister’s small house filled up quickly, and once the food finished, our father disappeared back to the farm. It was raining too hard, and he figured enough were already inside the house. At least all was dry enough for the eventual bonfire, and the small group that remained.

We drank wine, and breathed. Seamless breaths, as opposed to our more-recent jagged. There has been much going on.

Thanks to my current project of preparing my literary archive for the University of Calgary, I even started removing boxes from my former bedroom, boxes my father has been hoping I’d remove for some twenty-odd years now. Might anyone actually care about my notebooks from 1987 or 1993? I haven’t a clue. The same morning, my father showed Christine the update on the flowers he’d planted for us, as eventual decoration for our late September wedding. 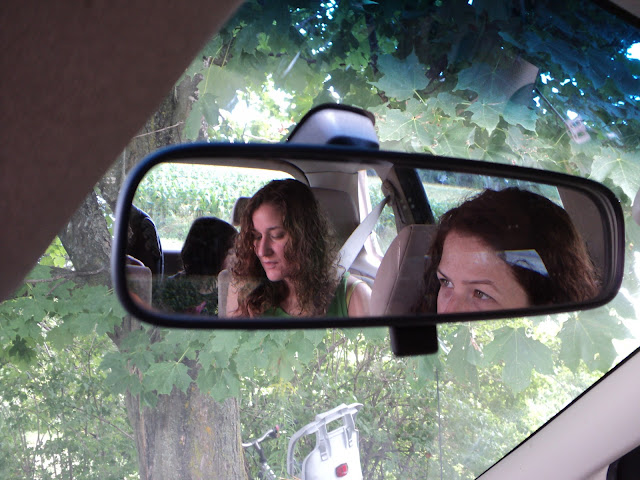 We spent the holiday Monday in my sister’s borrowed van, including her children in the informal Glengarry tour I had planned for Christine and Carmel. The kids in the van – eight year old Emma, six year old Rory and four year old Duncan, who apparently has the bladder the size of a squirrel’s. Every five minutes or so. 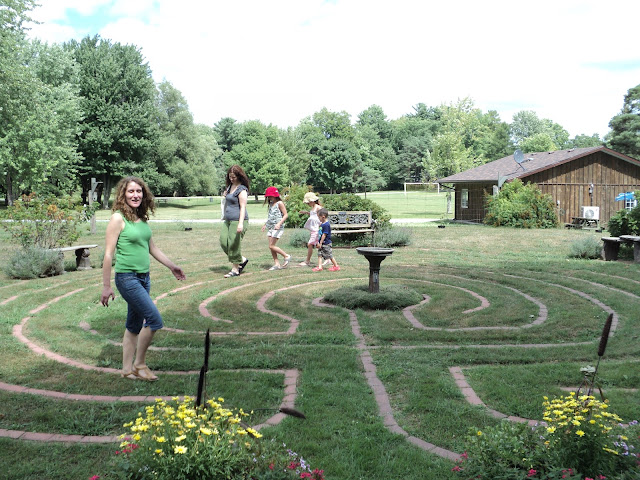 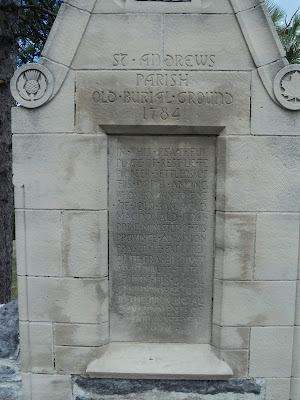 We drove south along Highway 138 to Simon Fraser’s grave at St. Andrew’s West, straight west from there to the ruins of St. Raphael’s Church, and then further west and south into Lancaster for poutine at the infamous Restaurant Bordeau/Lancaster Perch. After lunch, I took them to see the hidden Church in the Wildwood [see the post I wrote on such previously, here], where they walked the labyrinth. Carmel took photos, and Christine walked the path in silence, as my sister’s trio trailed behind. From there, we went back into Lancaster South to the docks, where we looked out over the St. Lawrence River, saw a small group of kids with fishing poles, a series of lighthouses, boats, and small flocks of monarch butterflies a-flit through the fauna. A small island just past the docks, with a cairn for those local men lost in the War of 1812. 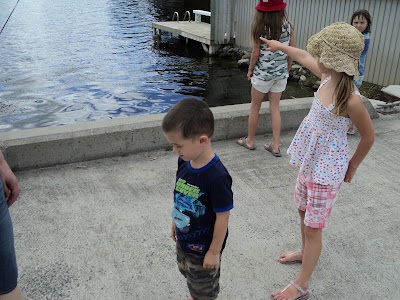 Had we more time, we might have hit the Nor’Westers Museum and Thompson-Bethune House in Williamstown (where I have yet to find the location of the McKay family cabin where poet Don McKay retreats to write), or the Glengarry Pioneers Museum in Dunvegan (right near where Gary Geddes once invented Cormorant Books). For the sake of the children, we began to wind down the day with a visit back north into Alexandria, and the park, where they ran and they ran and they ran (Duncan fell asleep twice in the van between sites), finally ending up at the Dairy Queen, where nearly all my home-visits end (if not begin and middle also). How much writing have I done there over the years? How many times have Kate and I sat playing cards, drawing or trading tales? 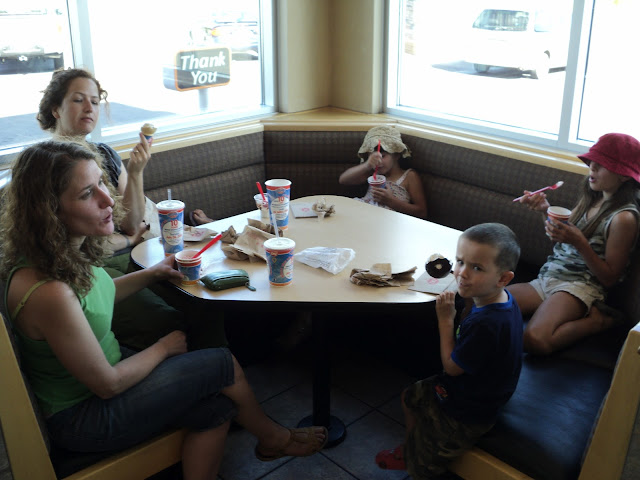 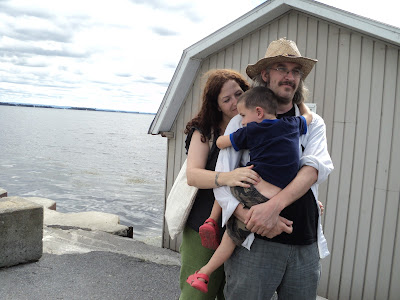 Returning through Maxville, the Games hangover and a quiet village, but for the Bothy Brew Pub, where their alarm was screaming. On the corner of Mechanicsville and Main Streets, in the early 70s, it was a general store run by an elderly couple, where we’d purchase our ice cream. Ten years later, it was a candy store run by the widow, who would only allow three or four neighbourhood kids in at a time. By the late 1990s, it was a pub my sister and I went to a couple of times, including the night Lady Diana Spencer died in a traffic accident. An evening of drinks, amusing myself by pushing coins into the jukebox for Christmas songs and German-language Beatles tunes, confusing the locals and upsetting my sister. Heh.

Between St. Andrew’s West and St. Raphael’s, we chanced upon dozens of cars parked along both sides of the road, and pulled into an estate sale. Whomever had lived in the red brick house had been there for generations, and here were a hundred people on the lawn, listening to auctioneer roll off item after item, spread out across the driveway and into the field. A woman there said that this was a small crowd for such an event, mainly because there was a huge auction happening the same time in Cornwall.

Christine was tempted to bid upon some of the items; the children climbed over chairs, and poured through a mixer dated 1933.

I find these events to be the saddest things imaginable, and felt the same a year earlier at an estate sale on Lewis Street, just behind Bank Street’s Staples. Imagine everything collected and kept throughout a life, and into multiple lives, now abandoned, all stripped of their meanings. New meanings will slowly attach to each item as it goes further out into the world with new owners, but sometimes the sheer weight of the sudden loss can overwhelm, can seem too much to bear. It reminds of a passage I read in a recent issue of The Believer (eighty-eighth issue, March/April 2012), Michael Atkinson discussing the term “nostalgia”:

If you know exactly what he means, you know this passion is not about preferring the past, as a conservative politician might, but simply not letting it get landfilled under a tarmac of now.