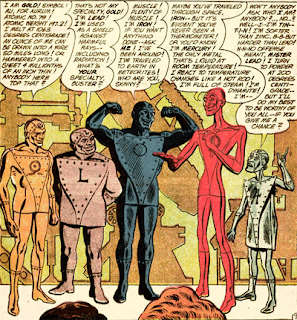 Stephen Brockwell most recent book is The Real Made Up (Toronto: ECW Press, 2007). The first installment of his Impossible Books project was delivered at the Olive Reading Series in December 2007. Brockwell is trying to find a way to run a small IT company and write poems without going completely mad. Stephen recently moved to the charming Ottawa neighbourhood of Lindenlea just north of Beechwood Avenue. He will be launching Impossible Books (the Carleton Installment).

Gwendolyn Guth, mother of three active boys, notes that super mom and super model have far less in common than their assonance would suggest.  She has the enviable privilege of talking about literature for a living, at Heritage College in Gatineau.  She is a long-time supporter of and participant in Ottawa literary ventures, including Bywords, above/ground, Ottawater, yawp, Friday Circle, Rideau Review, etc.  Her chapbook, Good People, anticipates her first trade book, due any year now and fiercely successful in her dreams.  She craves inner peace but settles for outer calm.

Born in Ottawa, Canada’s glorious capital city, rob mclennan currently lives in Ottawa. The author of some twenty trade books of poetry, fiction and non-fiction, his most recent titles are the poetry collections Glengarry (Talonbooks), wild horses (University of Alberta Press) and a second novel, missing persons (The Mercury Press). An editor and publisher, he runs above/ground press, Chaudiere Books (with Jennifer Mulligan), seventeen seconds: a journal of poetry and poetics (ottawater.com/seventeenseconds), The Garneau Review (ottawater.com/garneaureview) and the Ottawa poetry pdf annual ottawater (ottawater.com). He spent the 2007-8 academic year in Edmonton as writer-in-residence at the University of Alberta, and regularly posts reviews, essays, interviews and other notices at robmclennan.blogspot.com. He will be spending much of the next year in Toronto. He will be launching the chapbook 16 Yonge.

Lea Graham is the author of the chapbook, Calendar Girls (above/ground press). Her poems, translations, collaborations, reviews and articles have been published in or are forthcoming in journals such as Notre Dame Review, American Poetry Journal, American Letters & Commentary, The Capilano Review, and Shadow Train. Her work was included in two recent anthologies, The City Visible: Chicago Poetry in the 21st Century and The Bedside Guide to the No Tell Motel - 2nd Floor. She is currently an Assistant Professor of English at Marist College in Poughkeepsie, New York. Her first trade collection, Crushes, will be published in spring 2011 with No Tell Books. Lea Graham reads in Ottawa with Monty Reid on September 5, 2010 at the Dusty Owl Reading Series.
http://www.notellbooks.org/individual_title.php?id=44_0_1_0_C
http://www.facebook.com/group.php?gid=2307243835
http://www.dustyowl.com/
Posted by rob mclennan at 9:57 PM
Labels: above/ground press, Gwendolyn Guth, Lea Graham, rob mclennan, Stephen Brockwell