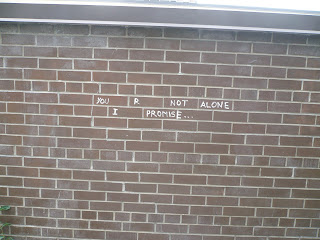 A week wandering the city, working on a few things, including my Sleeping in Toronto project, which might even be done by the new year. And then where do I put it? Creative non-fiction, and a novel I seem to be many pages inside; another project that feels like it should be finished, soon. Perhaps by the fall; perhaps Christmas.

And then, of course, to figure out where to send them as well. Problems for a later day.

Friday the thirteenth; when we were young and even younger, this used to be the day my ex-wife and I decided would be our "anniversary," going back to January 1989. Were we ever so young?

Since I've been here, a reading at the Art Bar on Tuesday with the lovely Marcus McCann and Sandra Ridley, and even did an interview, posted, and the ReLit Awards long-list posted as well, with Chaudiere Books author Michael Bryson on line number one. Since I've been, quietly working in various locations around downtown before a two-week house-sit begins on the weekend, and I no longer need to wander to hide out, and quietly work.