12 or 20 questions: with Ryan Knighton 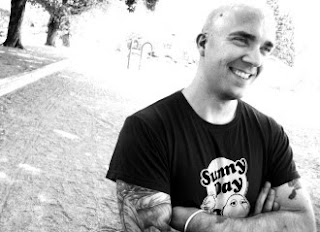 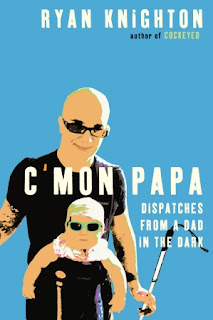 7 - What do you see the current role of the writer being in larger culture? Does s/he even have one? What do you think the role of the writer should be?
I wouldn’t prescribe, other than to say I hope there isn’t such a thing as “a writer”.
8 - Do you find the process of working with an outside editor difficult or essential (or both)?
Both. But who cares, really. Agonism works. Just try editing something with “Have a nice day.”
9 - What is the best piece of advice you've heard (not necessarily given to you directly)?
Perspective by incongruity.
10 - How easy has it been for you to move between genres (poetry to non-fiction)? What do you see as the appeal?
A question of measure: how hard, easy, pleasurable, difficult, etc, the various facets of writing are for me. But it’s hard to answer measures.
My dad welded chain link fences while my mom dispatched for emergency services. Those strike me as hard jobs in their respective ways. Writing is hard, too. Sometimes. And driven by appeal, but only sometimes. And it’s also come to me with some ease, that of necessity – what’s a good job for this body? -- and genuine curiosity. Curiosity is the appeal that keeps me moving from poetry to memoir to screenplay to radio, etc.
But that movement, the indulgence of time and curiosity, is predicated on this: I’ve a good teaching gig, I travel, I’ve a home in this over-inflated market, I eat well and so does my daughter. All of that makes any hardship in writing easier, far far easier. Blindness makes all of it harder, again. Blindfold yourself and try to find a urinal at the CBC. Ask strangers to take you. Hard. So hard. But there’s a 7 year average before burnout, true nervous exhaustion, for most emergency dispatchers. My mom was forced to move to a whole new career when she was in her fifties. I lost enough sight to find sentences by the time I turned 30, and so I tried my hand at memoir. Blindness is difficult every minute, but I’m noticeable. And in this over-inflated market of books and writing, every glitch defines you from the noise. Blindness as ease. I eased from poetry to memoir, in that respect, too. So I’ve no
answer for how easy or hard it has been. You just weld it together.
11 - What kind of writing routine do you tend to keep, or do you even have one? How does a typical day (for you) begin?
In the morning I drop my daughter at the university’s daycare, then work in my office on campus from 8:30 until 4:30, five days a week. I have lunch with her and the other kids at noon for an hour. Teaching takes away some of that writing time, but only part of the year. For the past few years I’ve taught from January to June, and  written from July to December. Whatever I’m tinkering with, I stop mid-sentence at the end of the day and leave myself a few notes that point to wherever it is I think it’s going. Easier to pick up the next morniof start it. And I never write after 5PM.
12 - When your writing gets stalled, where do you turn or return for (for lack of a better word) inspiration?
I turn away from whatever it is. Do something else. Do something.
13 - What was your most recent Halloween costume?
Don’t remember.
14 - David W. McFadden once said that books come from books, but are there any other forms that influence your work, whether nature, music, science or visual art?
Radio. Bar stool yarns. Those and the way my brothers tried to one-up each other at the kitchen table. Shaggy dog stories.
15 - What other writers or writings are important for your work, or simply your life outside of your work?
I don’t’ want to leave anybody out and there’s too many. Of books, I will say that Jim Knipfel’s Slackjaw was immeasurably significant for me as a blind guy and someone who was about to try memoir. His book gave me a kind of permission I didn’t know I’d been waiting for. It’s permission was to say, “Stop waiting for whatever fucking permission you’re never going to get, you precious ninny.”
16 - What would you like to do that you haven't yet done?
Play my Gibson like Cousin Harley..
17 - If you could pick any other occupation to attempt, what would it be? Or, alternately, what do you think you would have ended up doing had you not been a writer?
I might not be writing in a couple of years, so maybe I’ll find out.
18 - What made you write, as opposed to doing something else?
I don’t want to know. I’m serious. I probably just like doing it. I’m suspicious of lending it the quality of a “calling” or something woo woo like that.
19 - What was the last great book you read?
My favourite novel is Great Expectations. I don’t read many books, though. Mostly articles and scripts right now. “Ruined Cast” by Dash Shaw, which has yet to be produced, is the best script I’ve read in a long time.
20 - What are you currently working on?
A travel book called Nothing to see here. It’s not about blindness. It’s a project about educating my other senses. I’ve also got two screenplays in development and two more in early stages. Most are adaptations of books by other folks.
12 or 20 (second series) questions;
Posted by rob mclennan at 10:02 AM
Labels: 12 or 20 questions, Penguin, Ryan Knighton