12 or 20 questions: with Andrew Kaufman

Andrew Kaufman[photo Lee Towndrow]'s critically acclaimed first book, All My Friends Are Superheroes, was a cult hit and has been translated into six languages. His new novel is The Waterproof Bible, just out with Random House. Kaufman is also an accomplished screenwriter and has completed a Director's Residency at the Canadian Film Centre. He lives in Toronto with his wife and their two children.
1 - How did your first book change your life? How does your most recent work compare to your previous? How does it feel different?
When Coach House Books published All My Friends Are Superheroes the biggest change for me was that I didn't have to be ashamed of my literary desires anymore: I came out of the closet as a writer! The down side of that was how painful it made writing, The Waterproof Bible. All of a sudden I felt all these expectations, most of which were self imposed, that since I was running around calling myself a writer, I'd better prove it. It gave me a pretty bad case of performance anxiety – one of the many reasons it took me seven years to finish it.
2 - How did you come to fiction first, as opposed to, say, poetry or non-fiction?
I can't write a poem, a good one anyway, to save my life but I love story and the stories that I like the best are pretty mythic, so that narrowed the field to fiction. I just think there are truths that can't be captured by non-fiction – the angst of having a crappy job can't really be captured with empirical, fact-based details as well as it can be by a story with the plot-line of … guy wakes up in the morning and he's turned into a giant bug.
3 - How long does it take to start any particular writing project? Does your writing initially come quickly, or is it a slow process? Do first drafts appear looking close to their final shape, or does your work come out of copious notes?
I've had stories where the whole thing comes in two hours and others that are sitting in a rarely opened folder on my hard-drive because I don't know how it ends. It varies wildly. But as for writing it down, I do a really slap-dash, horribly written, first draft to get an idea of the characters and the plot, which will take a couple months. Then I'll take a couple years to make it readable. That's the hard part for me.
4 - Where does fiction usually begin for you? Are you an author of short pieces that end up combining into a larger project, or are you working on a "book" from the very beginning?
It's either an idea – what if there was someone who projected his or her emotions? Or I see a single moment, which makes we wonder what happened before and what happens next – for The Waterproof Bible I saw a tall, green-skinned woman with gills in her neck stealing a car in the Ultramart parking garage in Halifax.
5 - Are public readings part of or counter to your creative process? Are you the sort of writer who enjoys doing readings?
I love them! I spend all day writing for readers that are completely imaginary. Every time I do a reading and people show up, and they seem to have read and enjoyed the book, it seems too good to be true.
6 - Do you have any theoretical concerns behind your writing? What kinds of questions are you trying to answer with your work? What do you even think the current questions are?
I usually write to figure something out, but I'm usually not sure what the question is until pretty late in the process. With The Waterproof Bible it was pretty obvious that I was working something through with religion but I didn't realize that it was about faith, specifically the question of whether what you believe has to be true or whether you just really have to believe it, until the fourth draft. Right now I'm working with family, and how personality is constructed and influenced and inherited from family, but I can't be any more specific than that. Not yet anyway…
7 – What do you see the current role of the writer being in larger culture? Does s/he even have one? What do you think the role of the writer should be?
I think, and be careful of the mess because I'm about to put my heart on my sleeve, but it's a writers job to take human experience and turn it into story. Over the years writers have told these stories in different mediums: oral culture, on stage, in books and now through film and television. In the literary world there's kind of a feeling that you're supposed to look down on screenwriters and TV writers, that they're lesser beasts, but really those are the people writing the most important stories of the day. More people worked through 9/11 by watching Lost then they did by reading Jonathan Safran Foer's Extremely Loud and Incredibly Close, and Updikes Terrorist combined. I think the role of the writer today is as important as it's always been, but the real influence lies in the film and television world. I mean, it's still all about books for me – that's my favorite medium, but I don't believe that majority of the culture shares that view.
8 - Do you find the process of working with an outside editor difficult or essential (or both)?
I would be nothing without an editor. I am someone who needs an external perspective or, quite simply, I would embarrass myself.
9 - What is the best piece of advice you've heard (not necessarily given to you directly)?
Spend as much money as you can on shoes – it's more comfortable, better for your feet, and people, whether consciously or not, determine your social status by judging your shoes. 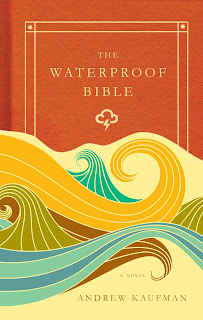 10 - How easy has it been for you to move between genres (fiction to filmmaking to radio)? What do you see as the appeal?
Once that you accept that every medium is different and that being a good prose writer in no way means you'll be a good television writer or screenwriter, or radio producer – and you're willing to learn the skills needed to make things work in each different medium, moving between mediums and genres isn't hard at all.
11 - What kind of writing routine do you tend to keep, or do you even have one? How does a typical day (for you) begin?
It begins by trying to convince my son that it's not morning yet and that he should go back to bed. After I accept failure at that, my wife and I get our two kids fed and out the door to school. From there it's pretty open. The first four hours of the day are the most productive for me. From 10 – 2 is focused on whatever project is currently top of the pile, and then the rest of the day is making notes, emails, and all the business things that pop up. Although, procrastination is definitely part of the process …
12 - When your writing gets stalled, where do you turn or return for (for lack of a better word) inspiration?
Rock and roll!
13 - What was your most recent Halloween costume?
I put on a pair of platform shoes and went as 'taller.'
14 - David W. McFadden once said that books come from books, but are there any other forms that influence your work, whether nature, music, science or visual art?
A lot of my influences are from film and music and art; Coen Brothers movies, indie bands like Wolf Parade or Band of Horses, and painters/illustrators like Marcel Dzama. Of course part of this is just me trying to be cool and different – my writing would be nowhere without the influences of Aimee Bender, Chris Adrian and George Saunders.
15 - What other writers or writings are important for your work, or simply your life outside of your work?
Right now I can't stop reading, and rereading anything by Chris Adrian. His writing is perfect, almost depressingly, perfect. It
16 - What would you like to do that you haven't yet done?
I've always wanted to go see Walter De Maria's Lighting Field.
17 - If you could pick any other occupation to attempt, what would it be? Or, alternately, what do you think you would have ended up doing had you not been a writer?
If I could have been anything, I'd love to have been something manly. Like a racecar driver or a test pilot. But maybe this is just the consequence of sitting alone in a room all day, typing. If I were actually behind the wheel of complex machinery, inches away from death at every turn, I'd probably long to be in a room, by myself, typing.
18 - What made you write, as opposed to doing something else?
My mother was a librarian and my father was an accountant – I grew up in a family where we wrote everything down.
19 - What was the last great book you read? What was the last great film?
Box of Matches – Nicholson Baker (how does he make boring so interesting?) and, well, I have two kids under four so getting to movies doesn't happen all that often, although I'm pretty addicted to HBO's Nurse Jackie right now.
20 - What are you currently working on?
I'm working on a novel in the three-generations-of-eccentric-family genre. It's called The Stoneroses. Or maybe the Atwoods? The Underwoods? The Epiphanies? I'm not sure yet …
12 or 20 questions (second series);
Posted by rob mclennan at 9:02 AM
Labels: 12 or 20 questions, Andrew Kaufman, Random House