12 or 20 questions: with Catherine Bush 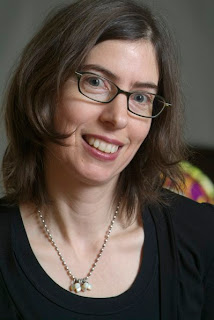 
Catherine Bush is the author of three novels. Claire’s Head (M&S, 2004), shortlisted for the Trillium Award, and chosen as a Best Book of the Year by the Globe and Mail. The Rules of Engagement (HarperCollins, 2000), a national bestseller, was published internationally, shortlisted for the City of Toronto Book Award, and chosen as a New York Times Notable Book and a Best Book of the Year by the LA Times and the Globe and Mail. Minus Time (HarperCollins,1993), her first novel, was also published in the U.S. and the U.K., and shortlisted for the SmithBooks/Books in Canada First Novel Award and the City of Toronto Book Award. Bush has a degree in Comparative Literature from Yale University, has taught Creative Writing at universities including Concordia, the University of Florida, and the Universty of Guelph, and is an adjunct professor in University of British Columbia’s on-line MFA programme. A native of Toronto, she has been Writer-in-Residence at McMaster University, the University of New Brunswick, and the University of Alberta. She is currently the Writer-in-Residence at the University of Guelph. Her nonfiction has appeared in numerous publications including the Globe and Mail and The New York Times Magazine. Her website can be found at: http://www.catherinebush.com/.

Writing my first novel, Minus Time, proved to me that I could do this thing I’d always longed to do; publishing it proved to me that no matter what we manage to achieve, we always long for more. Writing the second novel was more terrifying in ways impossible to predict in advance -- if retrospectively predictable.

I was born in Toronto and lived here, mostly, until I went to college in the U.S. I stayed away ten years or so, although the years since have been shaped by a continual going away and returning, often of necessity, for work. Toronto is home, though; there is no doubt of that. In my fiction I seek to create an imagined Toronto, to dramatize lives that in one way or another have a connection to this city, to make this city, in fiction, a place of unusual collisions and transformations, one inevitably linked to the rest of the turbulent world. Undoubtedly issues of race and gender are seamed through my fiction, although I am loathe to discuss this outside of the specifics of character. Novels live through the specifics of character.

3 - Where does a piece of fiction usually begin for you? Are you an author of short pieces that end up combining into a larger project, or are you working on a "book" from the very beginning?

I’m a novelist at heart, and I think through the long line of the novel, through its trajectory. Sometimes I begin with image or scenario: the challenge then is how to push scenario into movement, into the pressure of consequential movement -- because of this, then this -- which brings us to plot.

Questions are crucial to my process, but they are not theoretical questions, they are more a long the lines of: Why did these two young men decide to fight a duel over this young woman? Why didn’t she try to stop them? Is this person going to reveal that about someone else or not? If a character is indirectly responsible for another’s death, what does that make her do? These are morally inflected questions, and that level of investigation is crucial to me. But really, as far as process goes, I walk into a scene as through a door to see what I will discover.

Essential, although the best editors simply pose questions or point out problems; you have to resolve them.

Each book is different. The only thing that’s easier is that I’m more accepting of the difficulties. But I want to set myself challenges. Otherwise what’s the point?

I eat pears in the autumn, apples in the winter, rhubarb in the spring. In summer it’s a free for all.

If you can stop writing, stop; if you can’t, keep going until you can’t possibly do anything else. (Advice given to me as a very young writer. Scary at the time but invaluable, and I’ve never forgotten it.)

My days are shaped by my dog, a standard poodle, and begin with an hourlong walk. While I write, she sleeps (it was hard work, all that walking). Mid-afternoon, she gets up and begins the process of rousing me from my desk (the stare, the nudge, the truly ferocious stare). We walk. But who can write for more than five hours in a day anyway?

12 - How does your most recent book compare to your previous work? How does it feel different?

It feels different but that’s private: I can’t really explain why.

I love, and certainly ascribe to the sense that a novel is part of a conversation with other novels, or books, or even works of art, but I also attempt to follow in the footsteps of Henry James who exhorted all writers to “try to be one of those people upon whom nothing is lost.”

The work of the Spanish writer Javier Marias has been very important to me over the last couple of years given his obsessions with how we observe others, form judgements of others, which are in turn crucial to my current project, not to mention my interest in human nature generally. And the novels of American writer Norman Rush, which are set in Africa. And Mavis Gallant’s short stories. And wherever I go, I try to carry my Norton Anthology of Poetry with me, so that I can read John Donne one night and Roo Borson the next.

Since most of us who write are usually juggling writing with something else, or more than one something else, perhaps I should have trained for the circus. But I didn’t. I am planning to go goatherding in Vermont for two months this fall. No joke. The writing life is one of endless transformations.

Writing is a way of doing a whole lot of other things without actually having to do them.

On Friday nights, I’m not always looking for greatness, but I was deeply struck by the superbly acted Scottish film, Red Road, which uses as its starting point the way our lives are altered and distorted by the presence of surveillance cameras (surveillance issues being of great interest to me at the moment). I’ve been reading Gwendolyn McEwen’s short stories in Noman, and Phyllis Brett Young’s recently reissued novel from 1960 The Torontonians, as part of a desire to explore these earlier fictional imaginings of the city of Toronto, and because I adamantly believe such works of fiction must not be lost.

A novel called The Thief, set in Toronto and Addis Ababa, which, amongst other things, involves an Ethiopian children’s circus. And a stolen wallet.