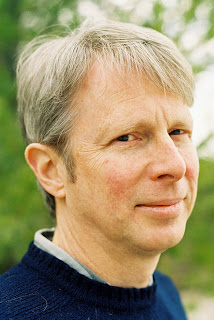 Eric Folsom was born naked in late November, 1951, in the city of Lynn, Massachusetts. Harry Truman and Joseph Stalin were still in power, but he never met either one personally. As a student, Folsom decamped for Canada during the Vietnam era, writing poetry whilst leading an apparently normal life. Numerous poems appeared in small magazines, he joined the editorial board of Quarry by invitation of Bronwen Wallace, a self-published chapbook (Brewed for Ontario) might have happened, and he printed and edited the small but wiry zine Next Exit. His first legitimate book, Poems for Little Cataraqui (Broken Jaw Press), was published in 1994, then he wrote more poetry. What Kind of Love Did You Have in Mind? (Wolsak and Wynn) appeared in 1997, followed by Icon Driven (Wolsak and Wynn) in 2001, and the chapbook NORTHEASTERN ANTI-GHAZALS (above/ground press) in 2005. Since then he has tried to improve.

Full status in the League of Canadian Poets was pretty nice, also not wondering if I was a poet only in my fantasies, not having to calculate whether my poems in magazines were equivalent to a book when I applied for a grant. On the other hand, the book didn’t change my actual life and a slew of other things at around the same time did.

I’ve been in Kingston since 1974, lived in Halifax, Montreal, and New England before that. Geography as social geography shapes me and everyone else quite a lot. I imagine myself as a citizen of the cultural complex at the northern end of the Appalachian chain, the country where we tap maples, pick blueberries, bake beans, and shovel snow, regardless of Ottawa, Quebec City, or Washington. Political boundaries strike me as an elaborate fiction of limited use to the majority. Poems for Little Cataraqui covers this in an oblique way.

I think about gender rather more than race, but in both cases the culturally constructed aspect intrigues me. I remember way back when Canadians referred to the “English” and the “French” as “Races”. Why do we say “race” if no one really wins?

Most of the time I just fool around until a theme becomes unavoidable, then shifting the focus from the short to the long form. Depends on the project really and I’ve done it both ways, also shifting between form and subject as the organizing principal.

Very much part of. I love reading, I rehearse readings, I revise out loud so I can hear the sound of the poem. Print is indispensable but too often provides next to no response, the live audience is immediate and providentially serves as an excellent bullshit detector.

Theories about writing don’t seem to help me get the writing done, so I tend to be practical on that front. However, big questions about history and science, about power and being less toxic to your family and your planet, about art and the mysterious creation of meaning, can be alluring. Also, can I get the reader interested in such questions? Can I convince them they should care? Can I do it without sounding vain and pompous? Why are you laughing, that wasn’t funny!

Oh, essential, if you find a good one. Humility and an outside perspective are hugely valuable. Really good editors are rare these days, most newspapers used to have them, but for poets finding a great editor has always been an accomplishment. The combination of open field composition and knowledge of standard grammar seems to fry the average brain.

Harder of course. If wasn’t harder then you weren’t challenging yourself, you lazy slob. The best book is the next one.

Christmas, the fruit salad had some canned pears. Where am I supposed to get pears in March?

Always ignore advice. (Exceptions can be made if the person offering is extremely sexy).

Pretty irregular, I’m afraid. I work full time at the public library, so if there’s a deadline looming I’ll start getting up earlier, can’t write worth a damn late at night. If there’s no pressure, I’m pretty lazy. I subscribe to the notion that output requires input, therefore the average day begins with a pot of coffee and a lot of reading.

11 - Where is your favourite place to write?

The kitchen table if it’s a longhand first draft. The computer in the laundry room/spare bedroom once I’m revising. In summer I might switch to the back bedroom which has a view of the back yard, but I’d rather be in Tatamagouche, or Banff, or Ogunquit.

Every blockage has a different character, I have to rummage through the whole toolbox of inspiration. Sometimes I listen to music, sometimes I go for a walk in the woods. Read philosophy, meet someone for coffee, break the routine. Ask questions.

I’m not sure which is my most recent book, the one I just finished writing, the last published chapbook, or the full length book from seven years ago. In addition, I haven’t written the works in the order they were published. The manuscript I just finished is my attempt to make poetry read like a novel, a strong narrative driven by action and character. It’s too early for me to say whether I succeeded, but it feels different largely for having taken far too long, requiring skills I didn’t know I lacked, plus mountains of research. Fun but harder than I expected.

Heck yes, all of the above. Input and output. You left out modern dance and small town airports.

The great George Bowering was crucial when I was eighteen. I grew up loving the Beats, I still love Robin Blaser and Charlie Olson, I will always love Al Purdy and Bronwen Wallace. I want to be Basho when I grow up.

A depressed alcoholic or a fabric artist hooked on religion, God only knows. So many choices, so few brain cells.

I was the nerdiest kid in High School, not a lot of close friends, and for some unexplained reason I thought poetry would make me stand out and get noticed. Never mind that I already stood out for being kind of weird. I read a poem aloud in English class about waiting for the bell to ring at the last period of the day, and the kids loved it. I’ve spent a pathetic life trying to recreate that feeling, drawn to the lonely spotlight and the imagined applause. I also just like writing. In fact I get a buzz off it, loose complete track of time, and forget to make supper. This is why writers need personal servants and The Canada Council ought to look into it.