You might suppose this page is the beginning of my novel. Why? Because it’s the first page. On this page a writer is supposed to tell you what he’s about (or what you’re about) so you’ll know if you want to read further. Okay? Try this:
I telephoned Bob last night and, among other things, told him I was going to write a novel, sort of a spiritual autobiography. “What are you going to write about,” he asked. I replied: “Oh, my friends, my experiences, parties I’ve been to, famous people I’ve met, about my darling daughter Alysia-Rebeccah. She is six months old tonight you know.”
“Why are you writing it,” Bob asked.
“For myself, to understand why I’m so fucked up. Isn’t that why anyone writes?” Bob wisely refrained from questioning my intentions. We both knew they’d probably never pan out. (“WRITING MY FIRST NOVEL”)

Until I received a copy of Beautiful Aliens: A Steve Abbott Reader, edited by Jamie Townsend with an afterword by Alysia Abbott (New York NY: Nightboat Books, 2019), I’d not been aware of the work of the late San Francisco “poet, critic, editor, novelist and artist” Steve Abbott (1943-1992). A well-known Bay Area writer, publisher, activist and provocateur, Abbott produced poems, fiction, poetry comics, essays and artwork, and was, according to Townsend’s essential introduction, the individual who first coined and championed “New Narrative” amid his tight-knit community of peers, many of whom would go on to become legendary. Books such as these become essential touchstones for writers that, for a variety of reasons, drift out of print and out of public consciousness, and to begin to understand Abbott’s place and literary achievements make his early death from AIDS-related illness, that much more heartbreaking. What else might he have accomplished? As Townsend writes:

With such a generous, forward-thinking practice, who better than Steve to dream up the idea of a “New Narrative,” his designation describing the work of intimate colleagues including Bruce Boone, Bob Glück, Dodie Bellamy, Kevin Killian, and a host of others outside this often recognized core group: Kathy Acker, Dennis Cooper, Leslie Scalapino, Aaron Shurin, Judy Grahn. New Narrative, as Steve imagined it, as a mode of writing first and foremost: “language conscious but arising out of specific social and political concerns of specific communities,” making use of “the enabling role of content in determining form rather than stressing form as independent or separate from its social origins and goals,” as he states in his introduction to Soup issue #2. This vision of New Narrative expands from a small group of friends in the San Francisco writing scene to touch upon a broad survey of work by his contemporaries, writing which merged the personal, political, and emotional; a group of writers who were smart, gossipy, and perhaps most importantly, self-aware. 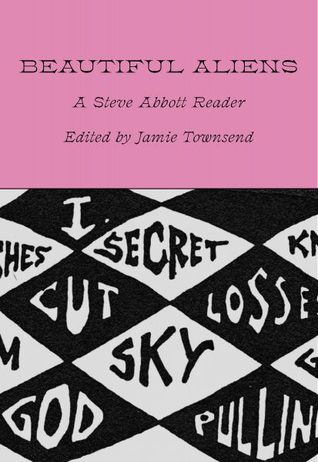 Fortunately, anyone who isn’t familiar, or simply wishes to be more familiar, with the work of the New Narrative writers wouldn’t have far to go, as the volume Writers Who Love Too Much: New Narrative 1977-1997, eds. Dodie Bellamy and Kevin Killian (Nightboat Books, 2017) [see my review of such here] is recent enough, I would think, that it would most likely still be in print. The collection also includes a fascinating post-script by his daughter, Alysia Abbott, author of Fairyland: A Memoir of My Father, adding context to him as an artist, an activist and as a human being, from her recollections as a child and his terminal diagnosis during her twenties, to her renewed appreciation of his work as an adult. She writes:

Although I once felt jealous of my dad’s work—and often it was his generosity with others that took him away from me—I know now how lucky I am to have loved and been loved by a writer. Friends who’d lost lawyer-dads have legal briefs to read in their absence. Accountant-dads might leave tax returns. Yet I have this marvelous wealth of his poetry and prose, criticism—and cartoons!—as you can see in this beautiful collection. In the more than 25 years since he’s been gone, I’ve had time to truly sit with this work he’d shaped in the compromised privacy of his home office (which was really just a corner of his bedroom) and I can read it as an adult, a fellow writer, instead of as his daughter.

Abbott’s work through this collection, much of it widely available for the first time, has a wonderful and wild energy to it, moving in multiple directions simultaneously, and jumping from project to project. The book itself is a curious collage of styles and experiments, as Abbott’s literary shifts echoed very clearly the shifts in his own interests and concerns, all with an urgency that moves back and forth from wildly energized to desperate. In a recent interview with Townsend on the new volume, conducted by Jamie Bradshaw for Full Stop, they speak to Abbott’s energy:

Steve is a pretty unique figure in the history of Bay Area writing. Like a lot of queer young men in the 1970s he was a transplant to SF, but unlike many others he was a recent widow (his wife Barbara died in a car accident just months earlier) and a single parent, moving there from Atlanta with his young daughter Alysia in early 1974. When he arrived he threw himself into a number of writing, art and organizing projects. This work seemed both informed by his new locale and a natural extension of his previous experiences as a social justice advocate and conscientious objector during the Vietnam War (a position he was almost jailed for as a draft dodger), comic artist, writer and editor/publisher. Steve’s idiosyncrasy, in part, comes from this mélange of varied skill sets and lived experiences, but also from his position as the father of a young girl, living as an out gay man in the middle of a robust queer community where parenthood was not the norm. I think this added layer, being a young, single gay father, provided social difficulties, but perhaps gave his work a sense of urgency and perspective as well. As a working-class writer and a dad at the same time, Steve knew how to hustle.

One of the passages that struck me was the utiniki (a Japanese poetic structure—one favoured since by Canadian poets such as bpNichol and Fred Wah—utilized as first-person blend of prose and haiku, often composed as travel journals) sequence towards the end of the collection, “SKINNY TRIP TO A FAR PLACE,” a mix of straightforward journaling and lyric jokes and turns. The second in the twenty-one poem sequence reads:

Landing in a foreign country, tripping over your tongue. As a cushion I took a crash course in Japanese before leaving. I can say “Excuse me” (Sumi-mausan), “Water please” (O misu kudasai), “Thank you” (Domo) and “Where’s the bathroom?” (Oteari wa doku des ka). The words we hear upon entering Kyoto: