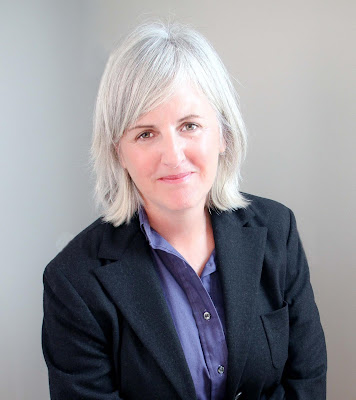 Bennett has worked as a senior writer for government and enjoys the perks of sharing the same name as a federal politician. Please Stand By is her first novel.

1 Q: How did your first book change your life? How does your most recent work compare to your previous? How does it feel different?

A:  My first book is my only book so far. Please Stand By was released in October by Now or Never Publishing. It has changed me in that I didn't know it was possible to make less money than I do in stand-up comedy. It has changed my life in that I don't hesitate to load my Presto Card (Toronto Transit fare card) $20 at a time. No more $10 these days.

2 Q: How did you come to fiction first, as opposed to, say, poetry or non-fiction?

A: When I was younger I attempted poetry. Poetry is the calculus of literature. It's convergence, a pining down of infinitesimals. I soon realized I'm more of a geometry type; I like studying the shape of things. That's prose for me -- matter and context.

3 Q: How long does it take to start any particular writing project? Does your writing initially come quickly, or is it a slow process? Do first drafts appear looking close to their final shape, or does your work come out of copious notes?

A: It all depends if deadlines are involved. I love deadlines. When I worked in television, we had to stick to a schedule. I like answering to people. When I'm writing of my own volition to express what burbles beneath the surface of my daily life, then I slow down. It's like stew. Where's the tenderness, the savour, in a rushed stew? I like stew, by the way. Any kind. Vegetarian, meat, what have you.

4 Q - Are public readings part of or counter to your creative process? Are you the sort of writer who enjoys doing readings?

A: Oddly enough, I don't enjoy doing readings as much as I thought I would. I've been doing stand-up for a long time, so you'd think I'd be keen. My writing and my speaking ability are two different things. I write prose so I don't have to speak. I articulate on the page what I don't feel comfortable saying. I had a speech impediment as a kid, so maybe that has something to do with it. People expect me to be funny all the time too. That's why I write -- so I don't have to be funny all the time. But I usually end up being funny anyway. It's like an involuntary reflex, the reflex that got me kicked out of high school on a few occasions. Wait -- I think that's called being a smart-ass.

Q. 5 - Do you have any theoretical concerns behind your writing? What kinds of questions are you trying to answer with your work? What do you even think the current questions are?

A:  How are we evolving as human beings? That's a place to start. I suppose I strive to define, however elusive that goal may be.

A: I'm old fashioned in that my favourite writing has to reveal truth. Truth with a capital T.  However, there are many permutations of truth. But I knows it whens I sees it.

Q. 7 - Do you find the process of working with an outside editor difficult or essential (or both)?

Q. 8 - What is the best piece of advice you've heard (not necessarily given to you directly)?

A: Lately? White space on a page. Lots of it. Most people can't focus on too much text.  Sad, but true.

Q. 9 - How easy has it been for you to move between genres (fiction to playwriting to comedy)? What do you see as the appeal?

A:  It's easy for me, but it's not so easy for people who think of me only as a stand-up comic. I guess I'll encounter that when I apply for a Canada Council grant for the first time. I like to write plays to put words in other people's mouths, to let other people inhabit characters and situations. There are some tremendously talented actors out there. I get thrilled when I witness great performances. Any kind of great performance-- acting, dance, sports. Fiction for me is problem-solving and definitions and geometry. What do these shapes mean?

Q. 10 - What kind of writing routine do you tend to keep, or do you even have one? How does a typical day (for you) begin?

A:  If I am working on a project, four hours a day and/or 600 words the aim. I have spent many years as a Senior Writer for government. Those are the lost years. Financially sweet, but lost as far doing any of my own writing.

A: Labatt 50 and Vicks Vapour Rub. Hops and menthol.

Q. 12 What would you like to do that you haven't yet done?

A: Write a second novel. Make a feature film. Write another play. Narrow down this list and do one of them.

Posted by rob mclennan at 8:31 AM
Labels: 12 or 20 questions, Carolyn Bennett, now or never publishing