In this brief compendium of four lectures, I will talk about poetry and its relationship to ghosts, colors, animals, and bees. In each of these discussions, I will be thinking of poetry at least a little through the lens of an idea I have termed the metaphysical I. although the idea is never named within these lectures, it affects them, as it is the crux of my poetics. It functions as a ghost haunting this book.
The metaphysical I is not a new idea really, just maybe a new term. I define this I as a wild, lyric I, one that has no center and has no way to predict where it will go. An I that is a shapeshifter. A persona that uses unexpected language and imagery, that is inconsistent, frightening, funny, and beyond the idea of a singular self. (“AN INTRODUCTION”)

As I am quite an admirer of her poetry, I was curious to see New York City poet and editor Dorothea Lasky’s latest, Animal (Seattle WA/New York NY: Wave Books, 2019), a volume described as “a compendium of four essays.” Originally composed as part of The Bagley Wright Lecture Series, earlier versions of these essays were individually delivered by Lasky in Chicago, Washington D.C., Seattle WA and Cambrige MA from October, 2013 to January, 2014. I’ve been enjoying the books Wave has been producing in this series (I’m still working though the dual-volumes by Joshua Beckman from 2018), allowing the possibility for engaged and engaging contemporary working poets the length and breadth to stretch out their thinking and see where it goes.

As a poet, I think a lot about belief, the belief in what my mind might bring to me. There are a lot of things that enter my mind that I choose to translate into language. All poems contain images and these images have been in the poet’s brain and hang in the balance always, to be given to the reader upon reading. And in a poem images have weight, so that you cannot help but believe in them.
Emily Dickinson said of belief:

On subjects of which we know nothing … we both believe, and disbelieve a hundred times an Hour, which keeps Believing nimble. 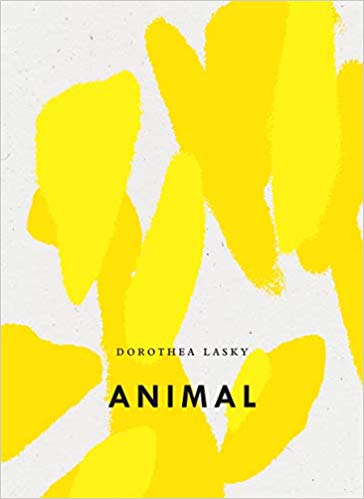 In four lectures that exist as consecutive sections of a larger, more expansive thesis—“Poetry, Ghosts, and the Shared Imagination,” “What is Color in Poetry or is it the Wild Wind in the Space of the Word,” “The Beast: How Poetry Makes Us Human” and “The Bees”—Lasky is akin to Anne Carson in the way she opines to write in one particular direction, and uses that to also write into and around the subject of poetry and imagination. Lasky threads her thinking through lines and thoughts from film (The Shining) and theory, and an array of examples from poets including Wallace Stevens, Bernadette Meyer, Maggie Nelson, Anne Carson, Sappho, Rimbaud, H.D. and Octavio Paz, among others, as well as her own juvenilia.

Lasky seems quite fond of imagination, as well as dreams, both as writing and thinking tools and of subjects for inquiry. Responding to a quote by Goethe in her second essay, “What is Color in Poetry or is it the Wild Wind in the Space of the Word,” she writes: “I love this idea that even in the absence of light, our imagination is readily capable of producing it in dreams. That the imagination houses a dormant light. I think that poets and writers have very strong dormant lights just waiting to be shared. Sometimes I think that if all poets used their dormant lights extensively, it would have a viral effect, and the brains of all of us would be even more lit up.” What is fascinating, as well, is how she writes on not just language, but on words, and ideas, constantly in motion across the space of the page and the paragraph. She speaks on different ways of writing, and thinking, and seeing, all working to expand her range of thinking through inquiry. Lasky’s meditations move at lightning speed, as she writes as part of her second essay, writing through colour:

What I am trying to say here, though, is that color is not simply a decorative element in a poem. Color makes an expanse—a field, a shared formal field, with which to plant more shared components of the material imagination—a poem. Color makes this space bigger, this imaginative space more specific and bigger, and gives it weight. Color makes this expanse—a colorless idea—into something solid.
Recently, I learned about the Pirahã society in Brazil. It is said that the Pirahã have no specific words for colors like the ones I am talking about here. So, whereas if we were to describe a red flower, someone who is part of Pirahã might describe the color of it as “the thing that is like blood.” Likewise, a blond girl’s hair might be described as “the thing that is like the sun.”