12 or 20 questions: with Anselm Berrigan 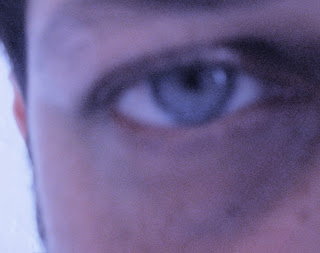 Anselm Berrigan has a book of poems, Free Cell, due out this September from City Lights. Previous books include Some Notes on My Programming, Zero Star Hotel, and Integrity & Dramatic Life, all published by Edge Books. He is the poetry editor for The Brooklyn Rail (see brooklynrail.org for proof), and a member of the subpress publishing collective, though which he recently published The Selected Poems of Steve Carey (edited by Edmund Berrigan). Anselm, Edmund, and their mother Alice Notley co-edited The Collected Poems of Ted Berrigan, published in 2005 by U. of California, and recently completed a Selected Poems of Ted Berrigan with hopes of future publication. From 2003-2007 he directed The Poetry Project at St. Mark's Church, where he had previously worked in several other capacities. He currently teaches writing and reading at Pratt Institute and The Milton Avery Graduate School of the Arts, where he is co-chair of Writing. Recent work can be found on-line here: http://puppyflowers.com/11/anselm.html. Readings and other material can be found here: http://writing.upenn.edu/pennsound/x/Berrigan-Anselm.php.

Being able to put my poetry into people’s hands was the big thing. I circulated my first book by giving away a few hundred copies to anyone who seemed interested, or anyone I thought should be interested. I’d received a little grant that I used part of to help pay for the book’s publication, and the publisher gave me a very large number of copies as a result. I’d also set up the third section of that book to function secretly as a set of possible writing routes I could take going forward, and though I’m not exactly sure a direct line was formed in any way, I know it gave me a lot of room to work with going forward. Then the next book really changed my life. And the next one. And the chapbooks after that. What’s the point, anyway, if the fact of making this work isn’t changing your life? Books get weirder as they get less relevant. I hate relevance.

The work I’m writing now is hopefully wrong and prone to victory, whereas the previous work is stoic, semi-defeated, and inexorably accurate.

I started writing fiction first. Little short stories that tended to end violently. The two I remember most clearly are one about a one-armed junkie who sees God turn into a cockroach and then flings himself off of a roof, and one about a teenager who finds a shark and lets himself be eaten. I really wasn’t so upset as that sounds. Ultimately I was more interested in working with words than coming up with plots. I tend to like telling stories more than writing them.

I don’t do projects, unless I can run them from a happy hour. All of the above questions otherwise happen simultaneously when I write. Writing comes quickly, it takes awhile, and it often looks like what I write (especially the heavily designed poetry). Maybe the notes part is less to the point. I write in lines. I don’t know what notes are, speaking with deference to notes.

Poems begin in notebooks. I type everything later. Typing is editing. I like to have the computer to fuck around with while I work. I taunt my computer by making poems happen on it and letting it think it has something to do with them. Making a book feels more like making an arrangement, which is occasionally like writing but more like trying not to let myself completely go.

I like to read unfinished work at readings in order to find out what’s working. I don’t read the stuff that I know isn’t working, by the way. I am the “enjoys reading” type, and I think this quality in me is fairly obvious. I also like to give readings when no one is around, and I enjoy talking to myself when I walk up the street.

I’m not sure theoretical and behind should be in a question together. Anyway that’s the kind of thing somebody else should answer. In relation to my work, I mean. There are at least six billion current questions.

To write. Yes. To write.

I’m a better editor on the inside. And I’m extremely difficult to work with. As for others, I don’t know. I have a number of people who look at things for me if I ask, but I actually use reading audiences as a kind of oblivio-communal editor machine often enough. I’m the last big tent poet in New York City.

I only write critical prose or something like it upon request, and only then if I feel like I can actually attend the subject in question with some sensitivity. I’m open to writing such pieces more often, but I’m not very good at coming up with writeable subjects on my own. Writing book reviews had some appeal to me for awhile, but fellas started sending me their books to review without asking, and that looked like the wrong patch of grass to pave over.

Last fall (’08) I wrote every night in order to generate material to work with this past spring, when I knew I’d have a heavier workload at three different jobs. Right now I’m working a bit more during the day, as I have a breather between jobs. I probably have had less of a routine since my daughter was born twenty months ago, but I’m actually writing more often because I’m purposefully not typing any of it up. It’s fair to say that I vary the routine according to the timing of jobs and naps.

Inspiration is a wonderful word as far as I’m concerned. I don’t get stalled because I don’t start the car because I never got a license because I don’t want to drive. I’m too leg-locked to do anything but write through the “bad” parts.

I am influenced by commercials, timing as related to comedy, acting as related to bad screenplay writing, conversation, speech patterns of all kinds (occasionally in songs or other media with pre-recorded verbal matter, but mostly live), and science fiction as found in comic books, graphic novels, cable television, and cinema. I have also made use of hotel buildings, train commutes, zeros and ones, and the forms of numerous visual art works as models for poetic forms, though I tend not to cite the art works involved beyond responding to my experience of them within the poems. I am influenced by nature at all times, most particularly through believing less and less that there are unnatural forms. I am also interested in the structure of expressionism in any media or behavior.

Whatever’s in front of me that I am taking seriously. It’s a lot, and not for sale.

Travel to Japan, and Vancouver.

I was heading towards becoming a journalist before I started writing poems. I have developed a habit of being handed responsibilities at the jobs I get, so it’s possible I could have become a boss at something hard to imagine and transformed into a seething tyrant. My friends won’t believe this, but I know.

I injured my ankle practicing to make the cross-country running team my first few weeks in college, and consequently took up writing for the newspaper. I had no experience writing anything but school papers and imaginary baseball statistics at that point. I was writing short responses to works like Whitman’s “Song of Myself” and Gertrude Stein’s “Melanctha” for a class at the same time though, and finding myself very compelled by that work. So there was a combination of activity generated by fucking up my foot. I was interested in political science and possibly psychology my first year in school, and might have gravitated towards one of them more intensely if I hadn’t hooked up with the newspaper.

I just finished reading Italo Calvino’s Invisible Cities, which is supposed to be a great book, but I read Octavia Butler’s novel Kindred just a few weeks before, and am certain that’s a great book. The last great film would be Maya Deren’s Meshes of the Afternoon, and in longer form I recently watched Tarkovsky’s Solaris for the first time and thought it was great, though not as compelling as the novel on the subject of the alien as unknowable.

I am slowly editing a rather long piece made of sentences and space that I’m calling “Primitive State”. I’ve used my last few readings as testing grounds for it, and probably have to work on it for a while longer, though it reads well. Its form is that of a list of nearly nine hundred sentences that almost entirely do not refer to one another. The question of arrangement is rather unyielding, and this gives me pleasure.

The other thing that’s happening is I’m keeping a notebook that I’m going to fill up entirely with an odd kind of self-analytical writing that I’m going to refrain from typing until the notebook is full. I have a sense of what it might become, but I want to give the work as much room as possible to develop without my editorial consciousness in heavy rotation.
12 or 20 questions (second series);
Posted by rob mclennan at 8:28 AM
Labels: 12 or 20 questions, Anselm Berrigan, City Lights