I need to gain the most profound words
to prove to the speakers:

I’m valuable &
look good in the morning. (“ENGLI-SHHH ISN’T YOURS”) 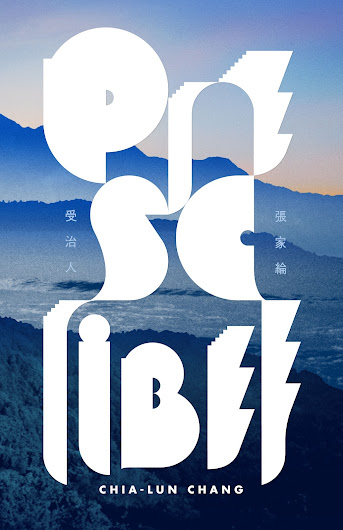 Born and raised in New Taipei City, Taiwan, New York City-based Chia-Lun Chang’s full-length poetry debut, and winner of the Nightboat Poetry Prize, is Prescribee (New York NY: Nightboat Books, 2022). Following the chapbooks One Day We Become Whites (No, Dear, 2016) and An Alien Well-Tamed (Belladonna*, 2022) [see her poem in the “Tuesday poem,” as well, here], Prescribee exists as an assemblage of lyric fairy tales or fictions, narratives of truths and truisms, offering reportage from an America discovered, yet still at a distance. “I came to the United States for love. When men asked about / my past,” she writes, as part of the poem “PARENTS,” “I replied, Father said we must not talk about // feelings. I practice a man coming to me by holding my breath / under the water. We’re repressed and they’re satisfied.”

Composed as a love song of the immediate, Chang [see the 2016 Belladonna* small press interview I conducted that she was part of] writes of the outsider, one that seeks both entry and distance; writing of memory and history, arriving and departing, and the lonely, lyric architecture of in-betweenness. “After reviewing your personal history / bilingually,” she writes, to open the poem “THE FORM OF POMELO,” “the receptionist of the clinic praised / you on your first language. / In a distant land, what you were / born with became a talent.” She writes of the immigrant; of masculinity, and the false ethics of capitalism. “dip a spoon of honey after ordering a hive online,” she writes, as part of the poem “SIMPATICO,” “feeding bees / in spring, anesthetizing their tongues and poisoning them to / death in the winter // drink a cup of coffee every morning after the bean picker / collects 120 pounds in the rainforest, paces on slippery bare / feet and stumbles home in the heat [.]” In many ways, this is a book of frustration, composed of sharp, observant lyrics offering biting commentary on language, exhaustion, cultural distances, departures and arrivals, attempting connections and the mutability of memory, and responding to a sequence of racist microaggressions. In many ways, the poems that make up Chang’s Prescribee articulate and repeat the same simple rhetorical offering: what is so difficult about wanting everyone to be nicer to each other?

She writes of the past, but refuses nostalgia, offering instead parcels of meaning she might be able to carry through to the present; she writes of consumerism, and how certain advancements only seem to emerge through the slow destruction and devastation of something else. “We have to sing continually so our bodies can generate ecstasy.” she writes, as part of the poem “BEING POOR.” “So sweet it tastes like sugar and a bit like tomorrow.” Chang writes, one might say, to actively resist, whether false memory, labelling or even the false perception of others upon her. These poems are about her resistance; in truth, they document and display simultaneously. “Foreign bodies / Are dangerous.” she writes, to close the poem “UPON DISRESPECTFUL ADVICE,” “Still, I exist without consent.”