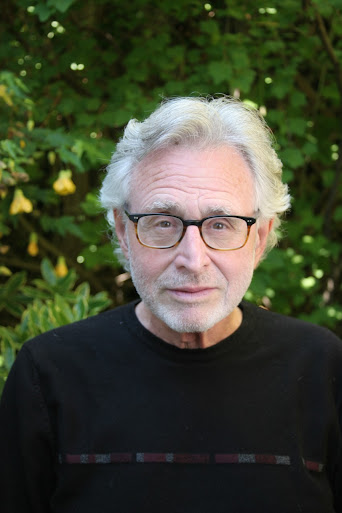 First, I want to say that I like these clever questions.  They draw out the hidden and forgotten.  I also like that there are 19 questions: odd number, like the number of chapters in the Tao Te Ching: 81.

Because I am a trial lawyer, and have been for 46 years, I have kept my life as a poet secret.  There are other reasons for the secrecy: doubt, stigma, not wanting to be ridiculed, fear of pretentiousness, fear of public humiliation followed by execution.  I have published over the years and have given readings, but always with a sense of wanting to be invisible.  As I type this I realize there is another reason for the drive to invisibility: my relatives were annihilated because they were visible—as Jews.  And, of course, my parents expected me to become a lawyer (the unlived life of the parent), and they would have been shocked and horrified if I’d become a “poet.”  One good thing about MFA programs, which did not exist in my youth, is that they give cover for people who really are poets (a strange and fraught calling): their parents can accept that their darling is a “professional.”  My book, Naming the Wind, published by the extraordinary Omnidawn, puts me into the public world in a new way.  It is certainly possible that my desire for the shadows will remain fulfilled: the book may well fall into oblivion.  But for now, the book, and my public life associated with its publication, are thrillingly new, a fulfillment.  My teacher, Jack Gilbert, told me what happened to him when he’d won the Yale Younger Poets prize and first held Views of Jeopardy in his hands: he slept with it clutched in his hands.  After he became famous (as famous as poets can be), he decided to drop out altogether, moving to Greece and Europe, back to obscurity.  For me, Naming the Wind is—whatever its reception—an achievement of soul.  I can die knowing that I carried my calling with proper respect.  Finally, on this question: I want to acknowledge Rusty Morrison, who is my Omnidawn editor and my poetry-partner: we met in the workshop headed by Jack Gilbert in San Francisco in the mid-1990s.  She has been my champion in bringing my work into the world.

I was always a poet, but didn’t know how to name what I was.  It’s like this: when I was very young, I used to be able to look at the tip of my nose.  I loved letting my eyes do that.  I thought everybody could look at the tip of their nose.  Then, when I was seven or eight maybe, someone said the word, “cross-eyed” and I asked what that meant.  Yes, I was cross-eyed.  I had an inner fellow who talked to me, who spoke to me as a friend.  I thought that everybody had such an inner friend.  Much later—maybe in my forties or fifties—I realized that many people do not have this inner voice at all, at least a voice that they listen to.  That voice is poetry.

My life and poetry and language are completely linked.  There is no distance between them.  I write (and think in poems) all the time, even, and perhaps most powerfully, in dreams.  Poems come like spring water.

I’m a lyric poet.  Things come out of lived life.  I do not have a “book” in mind as I live life, and as I live life in poems.  Rusty has been encouraging me to write poems about music, since I’ve been a classical guitarist for a million years, and since music was also deposited into me at a very young age.  I love that music is feeling and thinking without words—another way to reach inside and rearrange the molecules in one’s body.

I am a trial lawyer.  I love the power of moving people by words.  In fact, the poetry has strengthened my work as lawyer in profound ways: understanding the human heart and offering deep ways of saying that to judges, juries, other lawyers.  I also love giving readings—a paradox, since I’m a secret poet, after all.  And introversion is dominant in me.  Readings are terrifying, even more than standing at a lectern and arguing a position: the human soul is on display.  Will I be killed?  And yet….

Rusty has forced me (I am a willing victim) to read contemporary theory.  I have a much broader appreciation of experimental writing now.  But, for me, the theories all give way to the delicate flush of life as it is, and sometimes the terrible force of life as it is.

James Hillman, the Jungian psychoanalyst, said something like this: We’ve had a hundred years of psychoanalysis (and the consequent understanding of the unconscious and the human shadow), and the world has not been appreciably improved because of it.   We have had millennia of poetry, and what?  For me, I think that intimate human connections, face-to-face, are the way.  I love Shelley; I wonder what effect his poem “England in 1819” has had?  Or Robinson Jeffers’s “Shine Perishing Republic”?  They should change lives.  And yet….

O my god: if not for Rusty and my spouse, the poet/liturgist Marcia Falk, I’d be publishing weak poetry.  Rusty insists that I not denigrate myself; I try to do that for her. If not for Jack, who gave me life, just as a parent does a child, I would be nowhere, except spinning around in a private world.  Working with Jack was like getting dental surgery without anesthetic.  Except that with Jack, we loved each other.  My sister, Suzan Rood Wilson, has been rooting for me as a poet since we were children.

Write less.  Jack said that my poems come too easily for me.  He wanted me to let the poem ripen inside.  And then to push, push, push further into where the poem is going.  Not to end it too quickly.  Sometimes, Jack would tell me—when a poem wasn’t working well—to turn the page over and start the poem again, fresh.

I write any time.  When I kept a busy law office, I’d write after my assistant left for the day.  I loved the silence after working hours.  I’d also play guitar in the stairwell of my building while the night janitors were working.  Pleasure both ways.

Clever question.  Burnt brisket, noodle kugel.  But there are the equally important fragrances of the hills of Hollywood, behind my house: sage, heat, wind.

All the above.  Everything.  All of it.   In my other lives, I am a botanist and a mushroom man.

I read everything.  I read high and low, pop and classics. schlock and Shakespeare.

Jack would say, toward the end of his life, that he would like to fall in love one more time.  He also said that he wanted to experience his last years without anodynes, to feel exactly what it is like to be old, even to decline and death.  I want to take deep bone-pleasure in exactly what I am, what I have become.  The feeling of having lived my calling.  Of not having failed myself.  The tremendous inner security and happiness of that.

Docent in a children’s nature museum.

Film: Notorious, Alfred Hitchcock, 1946.  Ingrid Bergman is poisoned and immobile, helpless on a bed, staring at the faces of her Nazi would-be killers.  As Jung said:  It is a rare and shattering experience to gaze into the face of absolute evil.  It feels like the shadow is now visible in the world; evil has manifested clearly, once again. What will we do?

Book: Society of the Spectacle, Guy Debord, 1967.  A Marxist look at the “spectacle” late capitalism creates and how we are created by the spectacle.  A sample:

Tourism, human circulation considered as consumption, a by-product of the
circulation of commodities, is fundamentally nothing more than the leisure of
going to see what has become banal.

A second book with Omnidawn called Music from the Next Room.

Well, the sister here. I LOVE this!!! Stevie! You are it!! We had to have that deep life, both of us. We know the mountains, the sage, pepper trees, chaparral, the sweet delicious aroma of leaded-gasoline- saturated snow, eucalyptus wood smoke, searing steak, heinous perfume, alyssum in the alley, hose water on burning pavement. All of it. We know how music enters our bodies. We know these all things and have since we were very little and first came into consciousness. We know the subtlety of the autumn light coming at the 34th parallel south. We know art that hits us square between the eyes and utterly takes us away to it. We know nature like it is our second underwear. We know those inner voices: (your inner poet and Bakey and Backie). We know what it meant to learn through our own experiences, because no one showed us the way. It is a much finer point, thusly. We both looked at the end of our Ashkenazi noses with eyes crossed. You taught me that.

We know that in the smallest ways, art, music, poetry, claim our deepest humanity. We are more at home conscripting constellations in the sky, than to walk the straight, narrow paths of the Levites and the Pontificates. We were the mystics of our family, and misunderstood for it. Until now. You have a voice. You have astonishing ways of touching the hem of god. We both know this. I love you. I am proud of you. And my pride is fierce.