Winnipeg poet Sarah Ens’ second full-length poetry title, following The World Is Mostly Sky (Winnipeg MB: Turnstone Press, 2020), is FLYWAY (Turnstone Press, 2022). Subtitled “a long poem,” FLYWAY is a collection that engages a long poem structure of fractured fragments that accumulate and stagger, writing on and around notions of home and geography in ways clearly influenced by generations of prairie (and even, specifically, Winnipeg) poets. Enn’s structures include echoes from multiple Turnstone titles over the years, including Dennis Cooley’s Irene (1999), for example, or Sarah Gordon (now Swan)’s Rapture Red & Smoke Grey (2003); I think of Robert Kroetsch’s Seed Catalogue (1977), Marvin Francis’ city treaty (2002), Sylvia Legris’ iridium seeds (1998) or Rob Budde’s Catch as Catch (1995). Enn’s fragments stagger, layer and build across a book-length stretch of long poem, writing of home and grandmothers, European escape and arrival in the Canadian prairies. This is a collection of being and becoming, writing out what is lost, gained and abandoned; writing out what is inherited, and what can’t help but be carried across not only distances, but generations. As her “Prelude” to the collection offers:

There is this place, this patch of tallgrass, a grassland of bluestem, wheatgrass, prairie cordgrass tall to my shoulders. Hardy bunchgrass, swaying. I’d never thought much about grass until I came to this place, but here the thought of grass is inescapable, everywhere innumerous “thrones, / dominions of grass” bending. Six thousand square kilometres of tallgrass once ran along the Red River Valley (imagine). Less than one percent remains. What remains: this small place, this preserve, here. It survives along a flyway—a flight path between breeding & wintering grounds spanning continents & oceans, stringing together places like this. So, the birds, too, I notice here: warblers, swallows, meadowlarks, migratory birds who rely on this place. My gaze tumbles from sky to shrub, poorly tracking flutters & specks & song. 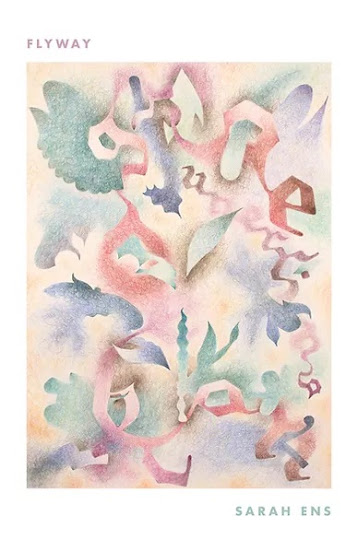 Set in three numbered sections of “Tallgrass Psalmody,” with a European sidebar-section “Flight / 1929-1945” between the first two, Ens articulates a mapping of arrivals and departures between Europe and Manitoba, laying a subject matter and structure that emerged across the prairie landscape of the 1970s and into the 80s, but set through Ens own particular lens. “The war ended but the world unended.” she writes, as part of “Flight,” “Mother said / Keep your eyes and ears open and everywhere.” Hers is a lyric, a music; less a college or fragment than an accumulation. In many ways, her lyric is akin to Cooley, writing a progression across the larger story of the rippling effect of emigration across two or three generations. “Come / magnetic,” she writes, as part of the first section, “come urging, / orient in / migrant’s memory.” A page later offering: “I read: what we did to survive // I stand in the switchgrass / & read the wind the way I want it.”
Posted by rob mclennan at 8:31 AM
Labels: Sarah Ens, Turnstone Press