I am always up for a bog, said Mary.
I, too, am always up for one, said I.
And so we put on our rubber boots.
I love being in rubber boots, said Mary,
and I said the same. The ground sprang
as we bogged, the bog wavered as we sprang,
orchids & mushrooms, mushrooms & orchids,
slender & pink, squat & brown.
And as the light fell the eyes of the fireflies
were all around, like Tinkerghosts.
There is in my house, she said, a stovelight
that never goes off. And in my car, I said,
there’s a dashlight that never goes off.
What warning has no end and ends without warning?
She thought I didn’t know!

A new Mary Ruefle title is always worth celebrating [see my review of her prior collection], and her latest poetry collection, Dunce (Seattle WA/New York NY: Wave Books, 2019), is an assemblage of short lyric narratives composed in fresh and unexpected turns. Through a dozen or so poetry titles, as well as a collection of essays, Bennington, Vermont poet Mary Ruefle is known for composing poems that utilize meditative precision amid abstract reflection, striking hard facts into the ether, even as she writes in the striking poem “LITTLE STREAM”: “I couldn’t be born again, ever, / so I sat by a little stream / with my eyes closed.” There is always something wistful in tone in Ruefle’s poems, even as she speaks to mortality, sadness, grief and death, an underlying current of hard pessimism (or realism, depending on your perspective) that runs throughout her work, and this book as well, no matter what her subject matter in each individual poem. It is almost the effect of watching a leaf twirl through the air before it lands in the mud, knowing that the leaf, there, is still beautiful. One might point to the poem “LORRAINE,” a short piece that twists and twirls before the final third, that reads:

Like a wild swan
with a blue shadow,
I no longer care what I say.
You no longer exist.
I try to remember my dream
but as soon as I turn on the shower
it’s gone. 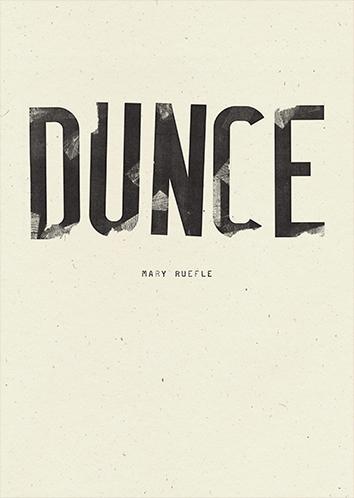 An interview with Ruefle that Cecilia Tricker conducted for The White Review earlier this year references the time she referred to herself as “eight years old at heart,” and asking about metaphors and a sense of wonder. As Ruefle responds: “No, making metaphors doesn’t create a sense of wonder, what creates a sense of wonder is the human brain, in which metaphors arise spontaneously and unexpectedly (as they don’t ‘exist’ in nature); for me, it’s the brain behind the act that now astonishes me, the mysteriousness of our brains, and, of course, life itself in all its forms, plant, mineral, and animal.” There is a sense of wonder to this collection, one that does, at times, seem child-like in its openness, connecting the body and the heart to the natural world, but that sense could just as much come from the array of references to childhood throughout (that suggest, but do not presume, reminiscences from her own childhood), such as the poem “BATH TIME,” that ends: “for even a small child / knows the affliction / of language.”

Apart from being one of the few contemporary poets able to properly use exclamation marks (and so many!), there is something about Ruefle’s poems that switches from the mundane to the fantastic to the moment within the moment (concurrently managing both dark and delightful), intertwining and interconnecting in such a way as to suggest that the mundane and the fantastic are simply two sides of the same moment. The difference might be only one of perspective, approach or through the connections that she, herself, makes. Through such an array of information, Ruefle makes the impossible connect, and her connections seem comforting, and all-encompassing. “You loved and were loved,” she writes, in the poem “A NEW DAWN,” “said the bee to the lily / before buzzing off.” How does she manage such complexity and grief with lightness and ease? Or the opening of the poem “THE HEART OF PRINCESS OSRA,” that reads:

I want to slow down and reflect,
like the top waters of a lake
or the heart of Pincess Osra
who had nine suitors at one tie.
I want to thank my clothes for
protecting my body. I want to
fold them properly—I want
the energy that flows from my hands
to engulf the world.