There is
space around

two stones. No pocket
sound
on this side of
the event

no one could
say what
touch what sound
happened

never
the word “abide”
until

I’ve long been a fan of the annual P-QUEUE [see my review of the previous issue here], run out of the English Department at SUNY-Buffalo, both for the strength and the variety of writing included (I am frustrated that the first couple of issues, the only ones I seem to be missing, remain out of print). The latest volume, #16, is subtitled “RUIN,” existing as the third volume edited by poet Allison Cardon (she had a chapbook out a while ago with above/ground press, remember?). With new work by Christina Vega-Westhoff, Jill Magi, José Felipe Alvergue, Declan Gould, Aja Couchois Duncan, Dana Venerable, Robin Lee Jordan, Kayley Berezney, Zack Brown, Ken Chen and A.A. Spencer, the poems in P-QUEUE #16 seem to have been, if not composed to suit the theme, were certainly selected (and possibly even solicited) around such. Referencing a sequence of big screen disaster films in her introduction, editor Cardon writes:

I’d like to propose this volume as an antidote to these disaster scripts. Ruins persist against the cultural wish for guiltless destruction. Ruination do not just happen—ruins tell a story. How that story goes—what sort of testament ruins make—is, of course, to be determined by who is looking, what they are looking at, when and when their look occurs. Ruins are not mute—like the poems in this volume, they speak volumes—and they also enable and invite a particular sort of gaze. The work in this P-Queue locates this gaze in so many different spaces and animate it in ways that challenge ready-to-hand ideas about ruin and responsibility, heroism and progress.

Given I’m new to the work of Jill Magi [see my review of her latest here], I’m fascinated not only to see new work, but her statement on her extended sequence, suggesting a shift in her thinking and her poetics, one that I look forward to seeing further though. As Cardon writes of the piece in her introduction (she writes briefly on all the work in the issue, which I find glorious and impressive): “Jill Magi’s eviscerating elegy is also about dwelling—how to stay in the vacuum created by loss—to faithfully map the contours of that space without giving it borders, means or ends [.]” “My idea of poetry changed at the bedside of two loved ones as they passed.” Magi writes. “One passing so sudden and unimaginable, our family was turned inside out. I saw myself failing, many times, to be present for those I love. There was no blueprint.” She continues:

Until this event, I thought that poetry should be for something political and I was wary of personal writing. Until I understood that to sit with what is impossible is absolutely what poetry is for. This understanding allowed me to see how untrained in poetry and in the political I actually was and how difficult it was for me to abide with grieving, with the impossible, which transcends whatever we call personal and whatever we call political.

This is to say that I do not have one definitive thing to say about this topic. The poem comes from the middle of this prying open but not opening into light—into something else red, hot, nearly stifling. 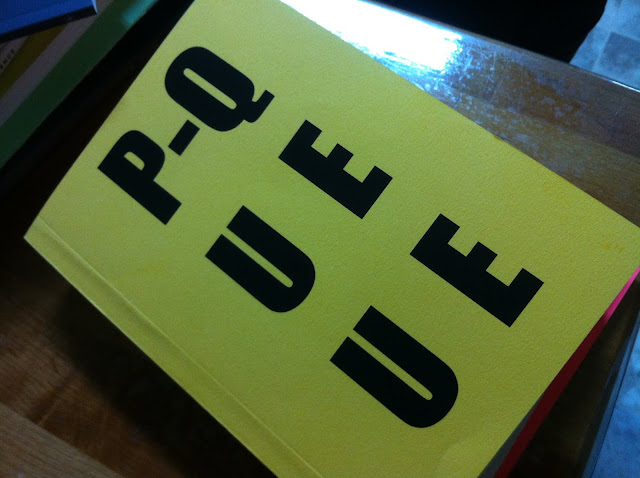 I’m also, obviously, rather fond of work by José Felipe Alvergue [see his recent Touch the Donkey interview here] and Aja Couchois Duncan [see her recent Touch the Donkey interview here], so am pleased to see them. Alvergue’s work in the issue, “Senescence,” exists as a cut-up, akin to Susan Howe’s work, but more overtly political, as Cardon writes: “Geographically (in multiple senses), he lays out the legal and political linkages of disease, insanity, communism, and racial purity. Pointing to the transformative qualities of cultural amnesia and starvation, such that ‘nothingness passes for its own memory,’ Alvergue argues that borders and boundaries of various sorts pose as though they came from nothing and yet have always been.” Duncan’s submission is another extended selection “from The Intimacy Trials” [the first “chapter” appears in the most recent issue of Touch the Donkey], as Cardon writes: “Meanwhile, in Aja Couchois Duncan’s The Intimacy Trials we witness a denial and erasure of historical and social reproduction that enables many to avoid responsibility for the ongoing history of colonialism—not to mention its reproduction and repetition in climate disaster [.]”

Some would say we live post life as if a ghosting of. But we still taste the blood on our lips, still feel the crippling longing for.

We are as real as any manifestation of the perpetual present tense. Our dreams are sensorial. Cloaked in darkness we rummage through our bodies until something settles into place. An elbow or breast. The declension of a belly unfed.

Some nights we stuff our ears so we can’t hear the calls. Switch, you say. You have warned us not to monogomate. But we our soothed by these attachments. The habit, its echo, rests deep in our bones.

The remainder of the issue is made up of names I was previously unfamiliar with, which is always exciting (and a big part of why I return to the journal). There is quite the range of impressive work here, but the names that really jumped out at me were Buffalo, New York poet, translator and arielist Christina Vega-Westhoff, for her “Three Poems,” and Buffalo, New York poet Zack Brown, for his “Poems,” that Cardon describes as “ruined by reference, a semantic allegory for the epistemology of ruin itself: as we shuttle back and forth between the poems, their blanks, and their footnotes, we’re forced to look backwards to recontextualize and to determine whether or not we hav made any progress.” His poems include:

what ruins
in me

its fenestration
the result

sustain in stone
the rootless

stability
can be undone

as can sainthood
—ask Eustace!

I’m really appreciating that most if not all of the included writers have short notes or statements following their sections, allowing both a way of seeing their individual selections and larger works, as well as a glimpse into how the issue was most likely shaped (a call or solicitation for works relating, whether directly or indirectly, to the stated theme). There is such a fine prevision to Brown’s poems, one I appreciate, even as it falls apart, as Brown begins in his “Notes”:

These poems follow the logic of ruin—the logic of the sign of ruin to be exact, though it is always in and as language that such things come to pass. Ruins fall. A ruining is a falling and a ruin is that site which falls. We should say that falling is kept alive in the ruin, which itself ruins. The relevant entries in the Oxford English Dictionary, insofar as they guide these poems, may be of some use to the reader. Ruin, as linguistic signifier, is both internal synchronic logic and external diachronic history. The wager in these poems is to think that signifier not only by describing its history, but, further, by embodying that signified in the text iself, setting to motion the unfolding of its event. These poems are both ruined and ruining: they have fallen and continue to fall. Within them, there is falling and falling is.

On her part, Christina Vega-Westhoff’s three poems actually open the collection, providing both precision and accumulative expansion in intimate, ruinous terms. As Cardon suggests, in Vega-Westhoff’s pieces, “ruin is woven through maternity, natality, and the question of the nation: we are invited to consider the relationship between home and ruin—which and what is here, which and what over there really is. Is the hysteria around porosity a question of relation?” For her part, Vega-Westhoff is one of the few sections sans notes, perhaps allowing the work to speak for itself, as her opening poem “THAT LIGHT SOUND OF LITTLE RAIN” begins: