subject to the book (“The Visible Boy”)

Sometimes the difficulty with receiving so many books in the mail is the occasional reminder of what might have slipped by, as other packages of books appear, one by one. While cleaning out some poetry titles from my office recently, I realized I had a copy of one of New York poet Shane McCrae’s earlier titles, Forgiveness (Hadley MA: Factory Hollow Press, 2014), discovered well after having read and reviewed his fifth and sixth full-length collections In the Language of My Captor (Middletown CT: Wesleyan University Press, 2017) [see my review of such here] and more recent The Gilded Auction Block (New York NY: Farrar, Straus and Giroux, 2019) [see my review of such here]. Forgiveness is McCrae’s third full-length title, after Mule (2011) and Blood (Noemi Press, 2013), and opens with a fascinating examination of racist tropes through what not that long ago was considered appropriate children’s literature (I remember the same, from my own childhood, only half a decade older than the author), moving through the fictional “Little Brown Koko” to pull apart the inherently violent and debasing stereotypes of black people, and black “boys” in what presented itself as children’s story. As this first sequence of eleven poems ends: 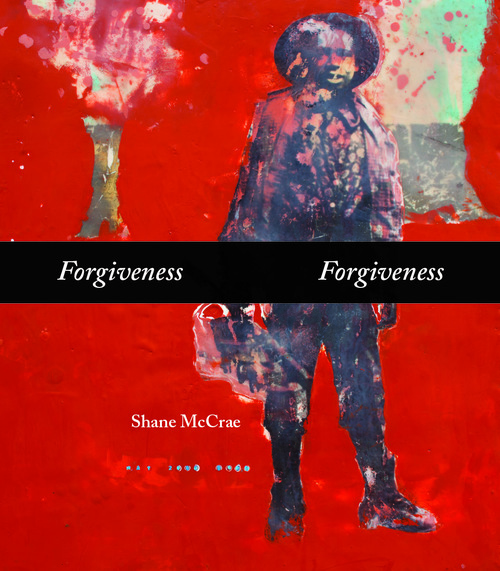 “Koko” returns in a further sequence, later in the collection. I’m fascinated, through Forgiveness, to get a clearer sense of how McCrae has been utilizing poetry as a means to explore and critique cultural trauma, legacies and their ongoing effects. How does one negotiate with and navigate through such an ongoing history? Through “Koko,” and  among other poems that thread throughout the collection, Forgiveness exists almost as a character sketch of the accumulated effects of racism and its myriad abuses—from slavery and repeated murders to racist depictions of black people to the daily micro-aggressions of ongoing discrimination—articulated into a precise and powerful lyric. As Annie Won writes in her review of the book for American Microreviews and Interviews: “It has been said that unlike other memories, trauma continues to make its presence known until we make our peace with it; all other memories run currents around the trauma to understand and reconcile what has happened.” The book opens with forgiveness, but speaks to how the very idea might even be impossible, especially without, at the very least, the open admission of continued abuses and further trauma; he speaks to trauma, and to how trauma could change anyone. As he writes to end the poem “The Sweet Kids”:

If I killed what I could