[…] The water needs to flow down the screen in the right patterns across the pulp. In the same way, when you see a surgeon covered head-to-toe in a white paper jumpsuit, when you see only his eyes through the window of the hood and the window is striped with irrigation fluid, you begin to understand something about time. In the operating room, she’s lying on her side, hip pocket exposed, and there’s water on the floor. The surgeon keeps the water flowing to wet the bone dust rising from the only visible flesh. I bring a cup sewn from rags. She arrives in a self sewn from pulp. Saw touches bone. Her cup fills. We begin to speak. We expel ourselves. I don’t find this tragic. The woman on the beach wears a glass eye, a solar flare shaped like a horn. And farther out to sea, whipped whites, lilac-tainted whites woven into waves on white screen, cut from this single white page. (“Total Hip Replacement”) 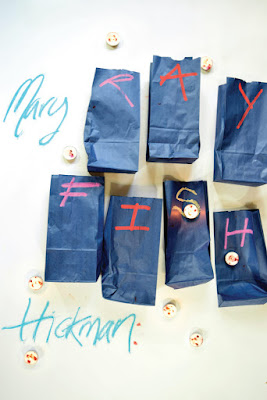 Following her first trade collection, This Is the Homeland (Boise ID: Ahsahta Press, 2015) [see my review of such here] comes American poet Mary Hickman’s Rayfish (Oakland CA: Omnidawn, 2017), winner of the Academy of American Poets’ 2016 James Laughlin Award. Composed as fifteen prose poems set in two or three poem sections (six numbered sections in all), the poems in Rayfish exist in an intriguing contrast to the poems in her first collection, having shifted from single stanza lines with line breaks and breath to individual blocks of prose. With the shift to prose, the musicality of her lines are given more prominence, and the exhalation of breath comes as a rush, pausing only slightly through grammar. Weaving biography, history, film, medical concerns, visual art and other elements, the weave of her prose poems provide a series of intimate spaces on biology, biography, self-invention and how the creation of any kind of art can’t help but change the artist. As she writes: “If I could make my image of you do anything, what could I imagine myself becoming?” Hickman’s poems explore creation through the act itself, writing out inquiries into the implications and spiritual aspects of being and making. As part of an interview conducted by Rusty Morrison included with the press release, Hickman responds:

In the beginning, to get at this fevered voiced quality that I was interested in, I’d included a lot of verbal fillers throughout the poems like “you know” and “well…” At the time, I was really interested in the modes of the artist’s statement and the interview as models for how to rehearse thinking about what I wanted to do in my own work. Those voices were something I was interested in bringing into the poems, but I also wanted a conversational, transactional tone, one rooted in the idea that the encounter with a work of art is also an address and a conversation on the way to a real encounter—that it’s not one-sided but back and froth, mutually lacerating in the way that Jean-Luc Nancy describes it in the epigraph. I was also interested in the tension between the voice of mastery and authority of the interview and artist statement and the lyric, which is more mutable and vulnerable, less schematic and didactic. I wanted to preserve that tension in the book, so that the poems could comment with authority but not become preachy or proscriptive. There’s pleasure in describing an encounter that leads to genuine insight—in clearly articulating a moment of actually seeing a work and its potential.