he does not yet read
or understand the sadness of others

of Beethoven as if that
helps but he doesn’t care

he’ll dance to anything
for now (“Notational Domestic”)

Western Massachusetts poet and trained birth doula Melissa Dickey’s second poetry title, after The Lily Will (Rescue Press, 2011), is Dragons (Rescue Press, 2016), a book focused on her immediate domestic, including the birth of her child and those first few weeks that turn into months that turn into years. Perhaps it is my own shift over the past few years, but I’m heartened to see that writing on the ‘domestic’ is being taken more seriously these days, by writers and readers both. Dickey’s poems exist in a long line of incredibly powerful work by poets (who are also mothers) composing on the miraculous, mundane and dark elements of household and children, such as Rachel Zucker (another poet also trained as a doula), Alice Notley, Hoa Nguyen, Bernadette Mayer, Pattie McCarthy and Julie Carr (there are also plenty of male poets writing similar works), as Dickey writes to open the first section, “Daybook”:

For the first two years I didn’t tell her that I loved her. As if saying made it a thing to be questioned, evaluated—to say nothing was better. (The day she was born, they put the needle in her spine.)

Or, further on, the entirety of the short poem “The Day,” that reads: 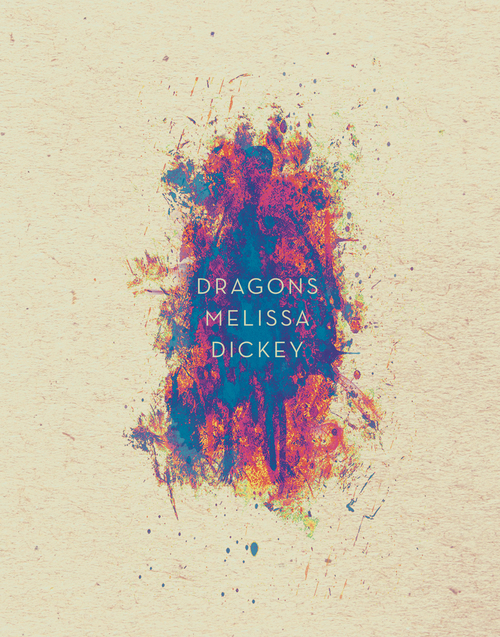 Wonderfully small and charming, Dickey’s poems articulate moments over longer, extended narratives, from the short lyric poem to the lyric fragment accumulating into sequences, and her sequences move delicately from moment to moment, point to point. Given her short, staccato lines, her use of the poetic “Daybook” (the title of one of her poem/sections) as well as attentiveness to the domestic, her work is reminiscent of the late American poet Robert Creeley, a poet who deeply articulated the small moments of the immediate over his entire career.. There is such a physicality to her poems; an immediacy and an intimacy and a precision that requires slowness, even a deep attention. Hers is an attentiveness to moments so often passed over, unspoken or otherwise unexplored, for what can’t help but be, at first, an incredibly powerful and foreign space:

Closed my skirt with a butterfly pin, hung shoes on the clothesline. Lemon tree. Mortar, brick. In the photo, a goat’s teats dangle, bell collar around the neck. Why does pregnancy look so pathetic. And this man, a tree the way he stands. Basil grown from dusty ground. The wall that seems to ripple, bulge. How much am I censored, how much predetermined. What kind of what is hanging, how. (“Daybook”)