The boat moves through bloated canals in perpetual twilight. He’s got a girl stuck like a burr to his shirt. We talk a little. His petulant intelligence reminds me of someone else. We clink bottles. A drawbridge strung up with lights breaks apart. We motor over wakes of jostling riverboats. A spray of white fireworks erupts from the embankment. I laugh, giddy from the extravagance of such staged beauty. We glide under a footbridge. I reach to slide my hand along a steel beam at its convex. 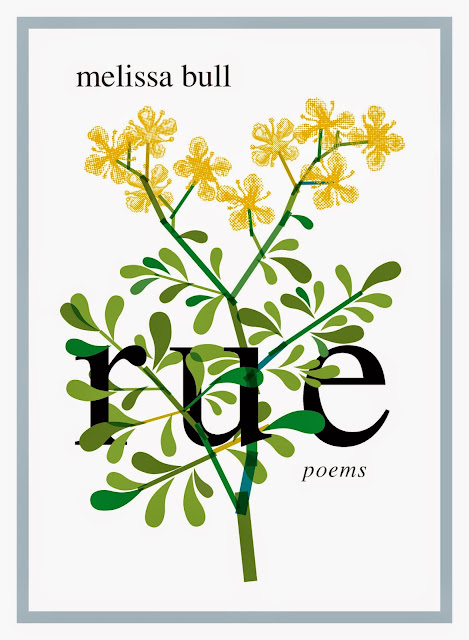 Montreal poet and translator Melissa Bull’s first trade poetry collection is Rue (Vancouver BC: Anvil Press, 2015). Previously shortlisted (in manuscript) for the Robert Kroetsch Award, the back cover informs that “In English, to rue is to regret; in French, la rue is the street—Rue’s poems provide the venue for moments of both recollection and motion. Punctuated with neologisms and the bilingual dialogue of Montreal, the collection explores the author’s upbringing in the working-class neighbourhood of St. Henri with her artist mother, follows her travels, friendships, and loves across North American, Europe, and Russia, and recounts her journalist father’s struggles with terminal brain cancer.” The poems in Rue are physical, rough and personal, and tied directly to her Montreal, a city, at least through her poems, not always capable of either forgiveness or escape. Most of the language in Bull’s poems is relatively straightforward, focusing on short scenes and plot-driven narratives, writing out tales of travel with her mother, prostitutes in Montreal and other short missives designed nearly as love letters/postcards to and from a city she can’t help but love, can’t help but admit is so deep beneath her skin that one could simply not be separated from the other. So often her missives are presented uncritically, simply describing a scene and allowing the reader to come to their own conclusions:

Headless mannequins pivot from their heels and bump into each other in clumsy slowmotion. Pigeonshit crusts the sidewalks. The odd passerbyer surprised to scope our makeout spot. We’re on a park bench between a discount houseware shop and a store full of 1950s child mannequins gussied up in satin first communion wear.

One of the baby mannequins is black, the others are oh-so-precious white in white.

Where the poems really shine is when Bull allows the language, as opposed to the narrative, to propel, which make me wonder why she chooses to write so much of these as poems instead of short (ie: “postcard”) stories. There are some intriguing movements and moments of prose in this collection, occasionally shaped to look like poems, but crafted and considered closer to a collection of short stories. Does shape or form really matter? Throughout Rue, there are pieces that are quite remarkable exist alongside poems less so; more often than not, the weaker poems are the ones in which she engages more with line breaks, somehow looser than their prose-poem/story counterparts. And yet: I want to see what Bull is really capable of. This collection merely hints at a far more fearsome power. I would like to see how that develops. I want more.

The first poem I sent him about himself.
It was a postcard. From Vancouver.
Probably bought at the art gallery.

Two pears, with crumbling cheese.
The sounds of the CBC
Peach tea

I don’t remember the rest. I was thinking of a day after high school. In January or February. His girlfriend was gone maybe singing a dirge. We could be freer without her monitoring the exchange of our love. (You’re fucking each other, she said. You have to understand how sick she is, he said.) I sat on the counter I’d have to Javex-clean that night. Peter Gzowski on the radio. A pre-night-shift 4 PM ease. Fragrant peach tea. A block of very old cheddar. He ate his raisins on the side, cupped them into his dirty hands, grabbed them out of their plastic bag with his dirty fingernails and tossed them back into his mouthful of yellow teeth ungraciously and glad.

(Remember: a bowl of walnuts on Hampton Street, the mystery of a nutcracker not in the shape of ballerina boy in Christmas garb.)