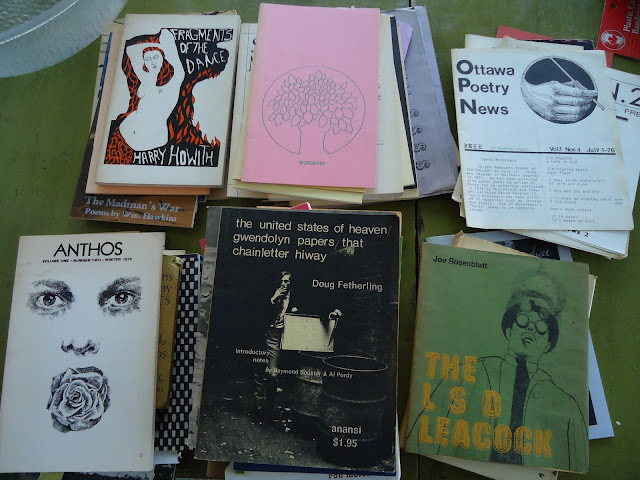 Recently, John White, the son of the late Ottawa poet Jane Jordan (1926-2007) [see my obituary for her here] contacted us through our Chaudiere Books email address to offer us some books from her mother’s library. “I want the books to go to poets,” he told us. We said “Sure, of course, I guess,” not realizing the treasure-trove of six (so far) bins of books, journals, chapbooks, flyers and manuscripts that would end up in our living room. Sara Jane Jordan [see her Penumbra Press bio here] was known in Ottawa for many years as being one of the first to organize a reading series in the city, hosting events through Pestelozzi College on Rideau Street in the early 1970s, and her library shows an engagement with numerous writers both local and national including Ted Plantos, Juan O’Neill (who took over Jordan’s series and renamed it The Sasquatch Reading Series), Robert Craig (poet and co-editor/co-publisher of publications such as Sparks magazine and Ottawa Poetry News), Al Purdy, William Hawkins, Harry Howith, Seymour Mayne, George Johnston, Margaret Atwood, Enid Rutland, Ralph Gustafson, Milton Acorn, Patrick White and multiple other writers (and journals) I’ve not even heard of. 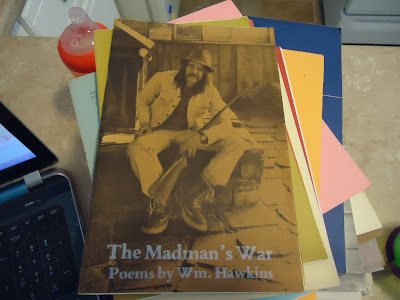 As the story goes, Jane White was involved with a variety of Toronto poetry circles (such as those around Poetry Toronto, a monthly poetry and listings publication that would later influence the creation of the monthly publication Bywords—which itself later morphed into bywords.ca) throughout the 1960s, relocating to Ottawa in 1971 with her husband and four children when her husband, a chartered accountant, took a job at the Canadian Revenue Agency. Once here, she didn’t see in Ottawa what she had left behind in Toronto, so she decided to organize events. Under the name Jane Jordan, she began organizing events. She published her poems in journals, and even produced a small handful of books. 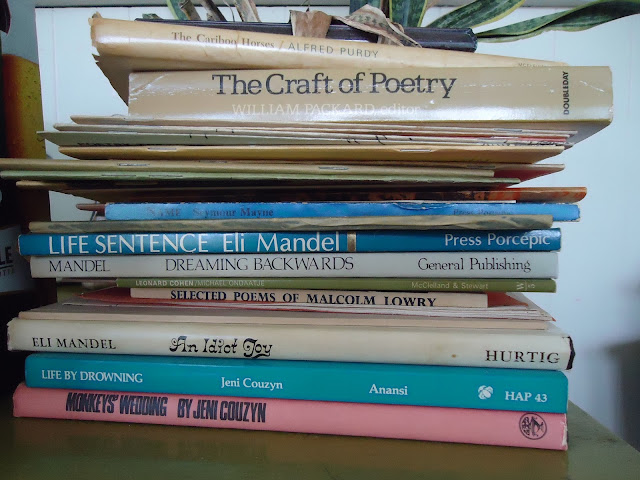 There are copies of short-lived journals I’ve never heard of, including Ottawa Poetry News, Review Ottawa and Reenbou: revue plurilingue de poésie / plurilingual poetry magazine (1979), as well as some I’d heard of but never actually seen, including the infamous Sparks (1976-77) and the three issues of Stephen Brockwell’s The Rideau Review (1987-8), and even publications I haven’t thought about in years, such as Hook and Ladder (1994). There are notebooks, journals and unpublished manuscripts by Jane Jordan that I haven’t even begun to open yet. There are dozens of poetry books (including signed and/or hardcovers) by Margaret Atwood, Eli Mandel, Seymour Mayne, Leonard Cohen, Diana Brebner, Al Purdy and many, many others, all of which include a lingering smell of stale cigarette smoke.

What these bins really offer is the opportunity to begin crafting a portrait of poetry in the capital throughout the 1970s and into the 1980s, a period that hasn’t been documented anywhere that I’ve been able to find. Once I began to move deeper through the material, I’m hoping to start crafting individual blog posts to highlight some of these lost titles and lost histories. I’ve already started talking to Steve Artelle and Cameron Anstee about the best way to track and acknowledge some of these histories and publications, and even begun sending out a variety of emails to those Ottawa poets who might be able to help answer some questions on individual writers, titles or journals, as well as the period generally (if you were around for any of this, shoot me an email: we should talk).

Also: once some of the material is properly sorted and organized, I’ll be working to get books out into the hands of local poets (have already handed out a small amount of books during the last session of my poetry workshops). Perhaps a small gathering in our house over drinks. 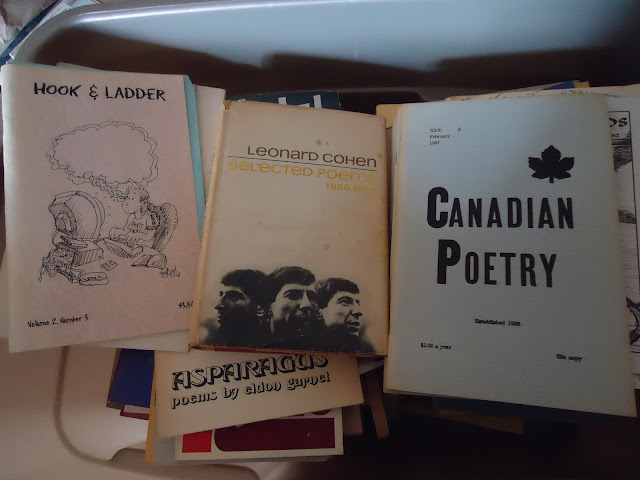 Just going through the bulk of the titles included in these bins, I wouldn’t see much overlap by way of interest between she and I, such as works by Plantos, Gustafson, Mayne or White, for example. Her attention focused on a poetry built of plainer speech, attempting occasionally to break out of the lyric, but not often. And yet, the books quickly present a portrait of a writer deeply engaged with poetry and a community of writers, one she helped encourage and foster, back in the days when Ottawa literature had very few champions.

Imagine: The TREE Reading Series was still a decade away, and Arc Poetry Magazine had yet to emerge from Carleton University. William Hawkins had left his heady 1960s days hosting poets and musicians at Le Hibou for the security of driving a cab for Blue Line. What else was there?

One thing I do find curious, and slightly frustrating, is a lack of names from Ottawa’s 1980s, during a period that included an influx of poets from Peterborough—Michael Dennis, Dennis Tourbin, Riley Tench, Ward Maxwell and Luba Szkambara, for example (active in that period contemporary and slightly prior to the emergence of Ottawa poets Colin Morton, Nadine McInnis, Stephen Brockwell, Sandra Nichols, Susan McMaster, John Barton, Holly Kritch and others)—all of whom I’d be interested in knowing more about, as far as their particular activities and publications. Were these writers she simply didn’t encounter, engaged in their own events around the city? Are there simply more bins to come?
Posted by rob mclennan at 8:31 AM
Labels: Cameron Anstee, Harry Howith, Jane Jordan, John White, Riley Tench, Sparks magazine, Stephen Brockwell, Steven Artelle, William Hawkins