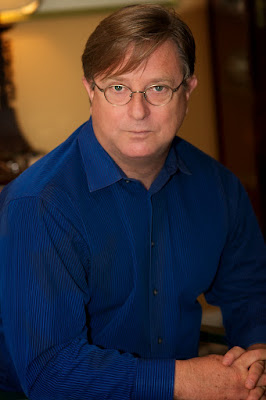 Ian Burgham is the author of five collections of poetry published in Canada, Australia and the UK. Burgham has performed his work in many poetry venues in different parts of Canada, England and Scotland, published in over twenty-five literary and poetry journals and toured Great Britain reading at the Edinburgh Festival Fringe and at Canada House in London. His newest work, Midnight, has just been launched by Quattro Books this year. He is winner of the Queen’s University Well-versed Award and Nominee for the ReLit Award. In October he is touring the UK with poets Steven Heighton, Catherine Graham and Manchester spoken-word poet, Mike Garry.

1 - How did your first book change your life? How does your most recent work compare to your previous? How does it feel different?
I ‘m not sure the first book changed my life in substantive ways. But what it did was to convince me that someone else felt there was value for others in what I was producing. The idea that what was the result of an isolated act, a difficult solitary exercise, might be meaningful to someone else was almost a surprise. It provided me with increased confidence in showing work to others. Seeing it in print also gave me a new way to look at my poems …and suddenly you felt that maybe they just weren’t as good as they could be.

I think my most recent work is a little more ambitious in a number of ways – but I think my voice remains the same.  One new thing I’ve tried in the most recent book is to link the poems with a continuous narrative that traces a moral and spiritual journey.

2 - How did you come to poetry first, as opposed to, say, fiction or non-fiction?
When I was nine I tried to write a novel. It was as hopeless an exercise then as now. I am not a novelist or in any sense a prose writer. I don’t read novels. I can’t. I don’t like the form. I have always loved poetry – initially because it is a form of music, and that is fundamental to my being. My grandmother, with whom my family shared a house as I was growing up, kept poetry books by my Scots and Orcadian grandfathers on the shelf. So poetry was never foreign territory.

3 - How long does it take to start any particular writing project? Does your writing initially come quickly, or is it a slow process? Do first drafts appear looking close to their final shape, or does your work come out of copious notes?
A work, whether a long poem, or a thematic collection or an individual short poem arises out of image, sound, but always out of a feeling that declares its own significance. I don’t always know what the feeling signifies. But I start. Then what comes unfolds in a series of hooks and eyes of ideas and emotions. The first drafts are rarely anything but a beginning. And yes, I make notes over a course of time. I go through many drafts, always trying to hold on to where the poem is going. You have to be brave and be prepared to encounter anything and to move toward it, into it. Poetry is not for the fearful.

4 - Where does a poem usually begin for you? Are you an author of short pieces that end up combining into a larger project, or are you working on a "book" from the very beginning?
As I said emotion, image, music, sound, smell, anything that triggers memory and the insect cloud of ideas – but always emotional significance. I do play with directed ideas later…but they tend to drag the work down into prose. However, my most recent book is more than a collection of separate poems; I started with the idea of linking locations with emotions and images, and it evolved into a narrative.

5 - Are public readings part of or counter to your creative process? Are you the sort of writer who enjoys doing readings?
I read rarely. It is not that I don’t enjoy readings but performance is not writing. As a former musician, I know how performance can feed the ego. In a way, you work with an audience, but you can also manipulate an audience too. Primarily, performing does not engage the poetic mind; it is not the same way of mind and not the same way of being. I prefer making the work to the promotion and performing of it. I think the value in reading is that you, the poet, can hear it and know whether the music and the structure, your word and phrase choices are working. You encounter it in a new way. But my primary audience is my own ear. Reading for others is often valuable as part of the editing process, but it is a distraction. What audiences do when they hear my work, how they react, is not my business or my concern. I just hope that whatever they might find in it is meaningful.

6 - Do you have any theoretical concerns behind your writing? What kinds of questions are you trying to answer with your work? What do you even think the current questions are?
I have one concern that may lie behind my writing; in fact, it haunts me. Why do we exist; what is the value of existence? So far the only answer I have is that we exist to make. If you strip away distractions and beliefs in anything, you come to the core of existence which seems to me to be nothing but pain and imperfection. But art gives me reason. It is the divinity of us, or in us, or at least the closest we come to it.

7 – What do you see the current role of the writer being in larger culture? Does s/he even have one? What do you think the role of the writer should be?
The role of the writer is to write. And what you create can’t be in any way satisfying, beautiful or meaningful without coming from a place of truth. So poets confront and expose and work in truth. That is a damned and unforgiving place. Who wouldn’t prefer distractions? But poets have no choice when they are in the act of making if they hope to make something that is of value.

8 - Do you find the process of working with an outside editor difficult or essential (or both)?
It is essential. When I was much younger, I worked as an editor with a number of major poets in Scotland. There wasn’t one of them who didn’t work with one editor, or more than one, during the evolution of their poems. It is essential because comment and advice can strengthen the work. But editors of poetry must be poets themselves. We are often trying to overcome a nervousness that what we are producing is not quite right; there is lots of room for getting it wrong.  An ignorant editor can embrace the nervousness, but a discerning one can reveal where the poetry really wants to go.

9 - What is the best piece of advice you've heard (not necessarily given to you directly)?
Work at the craft and then get out of the way when the poem begins to form. Then, when you think it is finished, put it away for weeks and months – when you see it again you’ll know what needs to be done. And be honest…write honestly or what you produce will have no lasting value.

10 - What kind of writing routine do you tend to keep, or do you even have one? How does a typical day (for you) begin?
I write almost every day. If I don’t, I become “antsy”, restless, unhappy. But I can’t work on poems at my desk for longer than 3-4 hours at a time.

11 - When your writing gets stalled, where do you turn or return for (for lack of a better word) inspiration?
Often other poets’ work unblocks me – one word or phrase from a good poem and my imagination and emotions begin.

12 - What fragrance reminds you of home?
The sea and salt on a cool day. I am always wondering what and where that place is.

13 - David W. McFadden once said that books come from books, but are there any other forms that influence your work, whether nature, music, science or visual art?
Science is a great source of image, symbol, metaphor and meaning. But so are all the others you have mentioned.

14 - What other writers or writings are important for your work, or simply your life outside of your work?
I do not read novels. But the poetry of many others, and the writings of poets on the nature of the poetic process, are key to my understanding of where all this business comes from. However, having said that, it is James Joyce’s Portrait of the Artist as A Young Man to which I return often. It was the work that, when I first read it at the age of 17, gave me the first glimpse that the way the world appeared to me, and what my mind did with the ways of the world I encountered, and the words and images that emanated from it, that this was all “normal” for some – I had a community.

15 - What would you like to do that you haven't yet done?
I have done it. But I would like to again live a life of daily literary endeavour, thought and study in exile in some other part of the world. A life lived in exile is delicious, loaded with new ways of thinking, seeing and feeling. Also I would like to collaborate with a musician/composer on a poetic work.

16 - If you could pick any other occupation to attempt, what would it be? Or, alternately, what do you think you would have ended up doing had you not been a writer?
A stonemason like my grandfathers.

17 - What made you write, as opposed to doing something else?
Necessity made me write. I was born with the need and the passion, and never really wanted to do anything else.

19 - What are you currently working on?
I am working on an idea to link a series of poems that focus on the salvation that resides in poverty, humiliation, disease, disfigurement and grief. I am heavily influenced at the moment by the paintings of the English painter, L.S. Lowry.

[Ian Burgham reads in Ottawa as part of The Sawdust Reading Series with Steven Heighton on June 10, 2015]