Sometimes a slew of elephants die,
And you’re dealing with what is called a massacre,
When three thousand die maybe you have to just
Watch a movie.
It reminds me of biology class in eleventh grade.
The combination of math
And chemistry were too much and, boy, I gave up.
Mourning a grandmother is one thing.
Mourning three thousand someone’s child is too much,
But we do it anyway by
Watching some DVD until it’s over
And then letting it sit on the coffee table for a week
Until you can get out of bed and look at it
Not recognizing that this cultural artifact will always be the thing I did
Instead of watch news that day in September. 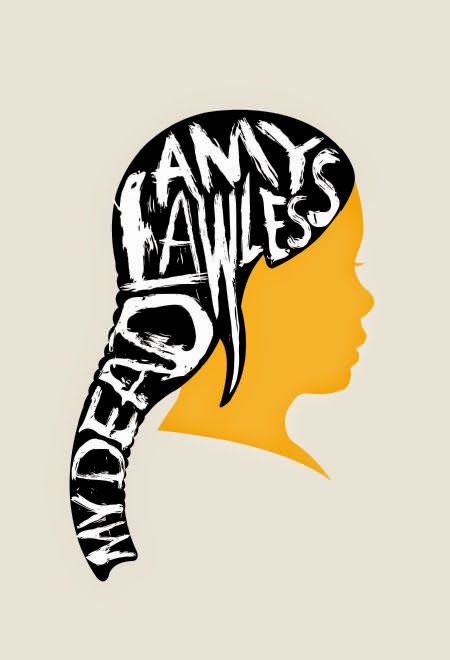 I’m absolutely floored by the work in Amy Lawless’ second trade poetry collection, My Dead (Octopus Books, 2013), a follow-up to her first collection, Noctis Licentia (Black Maze Books, 2008), from the first poem I read, flipping randomly to catch the piece I quote, above. Constructed out of four poem-sections—“Elephants in Mourning,” “One Way to Write a Sonnet is to Number the Lines,” “Shadow Self” and “The Skull Behind My Face”—there is a sharp and sassy brilliance to the poems in My Dead, a cadence of rough work and a brutal honesty in the way she carefully and precisely bares some pretty raw emotion. As she writes in the first section, an extended lyric sequence of short fragments: “Sometimes a man dies and his people gather around and eat chips and / laugh about the things the dead man would do and say. His house was his / crib and he never left it. His house was his African plain.” There is a way Lawless writes about loss, grieving and her many dead in a careful, open rage, a flailing precision that blends to become something quite powerful.

This is the hind elephant foot tapping at the carcass. This is the lover rolling the body over to bring her back to life. This is the head lifted toward the sky trilling its trunk. This is looking at photographs of you and your grandparents trying to find a string between you. Here’s a newspaper you can’t read. This is what happens here on Earth and I don’t need a bible. The sound I make dying is the sound I make when I was born. Shaking and pink, I last for ages.

In the second section, she composes eight sonnets each with the same title as the section itself, playing with the form and too-often sincerity and seriousness of the sonnet, and the idea of numbering (literally) the lines. The final poem of the section opens: “1. Fuck off: I’m a poet. You ate my / 2. emotional energy like cipher beetles / 3. down my neck.”

You drew me onto a portico and said This is for you. It was a beautiful necklace—rock hanging below cardinal numbers zero through nine. I held it and Thank you. You sat on a bench. Walls closed around us like in a car. It felt better than kissing some people but worse than kissing others. You can do whatever you want, you said. This was an explicit reference to your penis. I held it and said This is bigger than you’ve led me to believe it would be. You can do whatever you want with it, you said. I stroked it, your eyes appealed. First, I picked off a fine piece of crust.

The third section plays with longer lines, longer stanzas and a deeper density, stretching to see just how far her cadences might extend. As she writes to open the longer poem “Barren Wilderness”: “see the world for what it is / maybe the subtlety                 of the dry branches reaching to the hawks / with bony hands[.]” Or the opening of the title poem itself: “The car exploded for some political reason / I saw a monkey falling asleep in the water / a monk meditating and praying / a girl doing laundry[.]” Lawless’ My Dead contains a clear eye, wild energy and emotional rawness paired with a straightforward narrative thrust in poems that seem almost dangerous, akin to works by Heather Christle, Paige Ackerson-Kiely and Bianca Stone for their formal care and emotional edge. There is something magnificent going on here. Pure and simple.
Posted by rob mclennan at 8:31 AM
Labels: Amy Lawless, Bianca Stone, Black Maze Books, Heather Christle, Octopus Books, Paige Ackerson-Kiely