The world, with all its events, erects itself between the subjectivity and the objectivity of language.
Joë Bousquet, Crosscut Universe: Writing on Writing from France

Paused, in a delicate mode. Trapped, carried fragments. Water makes us a pedal. What confidence. The question behind parabolas, collided with minutes. In minutes. Dawn surface, unwinded. Revised. At the front of the book is a further problem. Air a hideous fractal. The suppression of genes. I am no longer living, myself. Everyone in the car is driving.

Edo, a meaning. Open, her soft voice. Each fold of the city, prefecture. When I claim I am present.. Rails of meaning, undamaged. A blossom, a wonderful scribe. Eaten. This death, microscopic. Sending best wishes. What can you tell me. Illuminate, earth and white powder. The mind meditates, fishing. A castle of wonders. I hold two family portraits. A resident plum.

Calamitous, a ski resort. Chalet Cochard. In the beginning, I don't know. Stakes deployed to language. I can't tell you now who said that. What particular abyss. The hot tub, decommissioned. Stripped of fiction, sheets. A hotel, and its ambiguous relationship with desire. A cottage, blends. Municipal. Is taxing, taxes. Parkland sky. Demands the right of secession. In writing, must locate yourself in writing.

Nearly cliché. John Cale, the Peace Conference. Losing sight of divergence, stretched into the hinterlands. Dogs of war forcing opposite. Polar, so far. Even terror is sensual. Stravinsky in furs. Songs agree with my step. Mosaics, a Latin inscription. Rusted-out lyrics sent in on the half-shell. I will tell you why I don't like oysters, escargot. Facades get replenished. The pure products of Versailles.

Means love, and I am presently. A settlement named Gastown. Will I write you this letter? Arranged as memories, the story of a man, increased dramatically. Sequences reversible. An urban centre made of miles, kilometres-long. This Sunday marked with June. Tracks rode all the commentaries. This great fire, transcontinental train. The written word, still creeps. Such regulated sense.

Policy, a word. A dread of nearness. This Distant Early Warning Line. Transforming pronouns, at your service. If one were born of man. Caribou hunters. A stone made out of stone. The dream of people you can't know. Prince Adolphus, Duke of Cambridge, Bay. We know you, myth. What lifestyle will not allow. String of divine conclusions. Who hold the meaning. A copper tool, a char. A row of stone.

The future tense, an elegy. Delayed a happy interaction. No fixed direction. Stealing ships, a passing bow. The pitch of censure, simple. I will never see you smile. This spiral, gnawed bones. Queen, we would not mention. Royal at the water. Annie Moore. Passage West, we arrow, sharp. A depth. We pull the pints there, Stephen. Sirius, they say. This was, something. This was something more.

Start from swells, a fragment. Field Marshall, provincial coastline. Footage of a satisfying taste. Imagined. Grounded, broke apart. Desire from an echo, raincoat. Am frightened of these actions. Marco, Polo, Marco. Lament, into available. Torn apart at sea. An exploration of the tenor, void. Can speak of drive the moment, knowledge. Choral, or an ancient. Say, she wrote.

Of municipal designations, drawn white chalk. Reveal, a drawbridge. Adorn itself. I speak through anger. Lament, the union. Spared from Revolution arms, the classical elegist. 80 miles. From this leaf too white. Cut off from the world. A song that caught attention. My secret means, something escapes. From this leaf, too, white. Blindness. Discourse of sopranos, Hudson. The first house of record, eleven honeybees.


It follows that if one speaks of literality, one is talking about a position already formulated, orally or in writing, whatever be the truth of the phrase.
Emmanuel Hocquard, Crosscut Universe: Writing on Writing from France 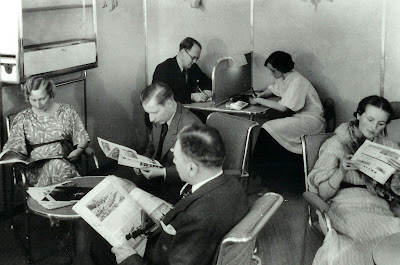 From February to August, 2011, one of my main writing projects was the poetry manuscript “The underside of the line,” subtitled “[a book of certain days].” In this particular work, I wanted to return to the poem as my compositional unit, or at least move somewhat closer, after years of composing full collections, and beyond. Perhaps I could return to a collection of poems of the occasion, as Robert Creeley suggested, in that books and authors merely the accumulation of such individual moments, movements, occasions and pieces, striking from step to subsequent step, even before the event.

There are three sequences that make up the “Hark, a journal” pieces in the manuscript—“from Hark, a journal: 1599-1863,” “from Hark, a journal: 1032-1863” and “from Hark, a journal: 1864-1967.” It was around this time, or just before, that my partner, the poet Christine McNair, and I had started exchanging small postcards and letters. We were relatively new in our relationship, and still circling each other, hesitantly reaching out, attempting to learn as much as possible. These were small, secret missives, slipped into luggage, pockets or purses before trips, to be deliberately discovered later. On a Greyhound Bus, I reached into my jacket pocket to find three new postcards; halfway between Ottawa and Toronto, little gifts she’d tucked away without my knowledge.

Christine’s notes to me were usually composed on postcards she’d picked up years earlier, and written as though from not only the postcard’s point-of-origin, but that time as well, dated months or even years before we’d met. She wrote me from the Royal Opera House, “Feb 2006,” The Music Room, Royal Pavillion, “c. 2005,” and The British Museum, “circa 2003/2004,” where she wrote “The reading room (once used for the British Library) is beautiful + full of history, but dead. All the writers who wrote here and now it’s only a shell, book-lack.” I was fascinated by the idea of letters written from foreign geographical and temporal places, sketched out as short postcard pieces.

The title is borrowed from Kate Beaton’s “Hark, a vagrant,” a magnificent comic strip writing extremely smart and funny perspectives from history (focusing, it seems, on Canadian and British histories), and I liked the idea of each piece written as a semi-diary or journal entry. I thought of 19th-century handwritten letters slipped into a rider’s hand, along with a bottle as payment, as the missive went sailing off, galloping through the moors.

During this period, I was heavily influenced by Crosscut Universe: Writing on Writing from France (Providence RI: Burning Deck, 2000), an anthology edited and translated by Norma Cole [see my related essay on that book and its influence on me and my writing, here], and each of the three sequences begins with a different quote from the collection. Written as a direct result of the prose poems I had discovered there, each piece was written relatively quickly, incorporating as much information on the host city as possible. I wanted each poem to be grounded in real fact, engaging with each city as much as possible, in small spaces. I wanted each poem centred in a different city across the globe, scattered geographically and temporally as well. How far could a poem go?

I wanted these short poems to read as conversations, between writers, partners and cities, as a handful of postcard-poems from, for and to their particular locales. Composed as responses to Christine’s postcards, perhaps the entire series is no more complicated than their original trigger, one distance reaching out to another, at the beginnings of our ongoing conversation.
Posted by rob mclennan at 9:01 AM
Labels: Christine McNair, Emmanuel Hocquard, essay, Kate Beaton, Norma Cole, poems, Robert Creeley