The Last Good Year (a work-in-progress, 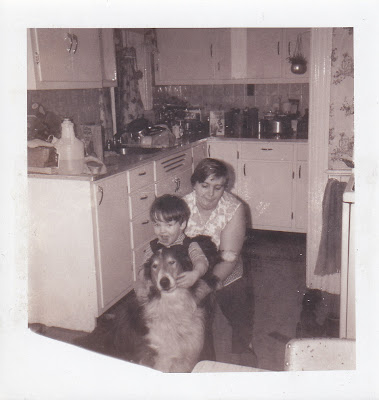 A darkness through the house. Butter-thick.

Every house my mother’s family lived in, torn down soon after they left. Immediately. A couple weeks short of their forty-three years married, forty-three years in the house I grew up in, the house my father inherited from his parents, lived in since he was six months old. The only home he’s ever known.

My father said, they might prefer to remember her the way she was.

My sister’s stress. They’d been there all day.

I took a picture, furtively, of her as she lay in her hospital bed. While I still could, something I could keep, myself. Unaware it was her last. What I couldn’t suspect. We would have more time.

He said as much without saying, offer less, so they don’t have to see her like this, filled with tubes and lines and swollen and breathing apparatus. Her skin had yellowed, body filling up with fluid. Her right hand too, blackening purple and swollen, the blanket fit to cover it. The way she was, as he said. I wanted a picture, for this too, among the tens of thousands of pictures taken and never taken, was part of it. Another example of the way she was. I wanted to remember it. As much a part of this whole picture.

Arrived at 10pm, surprising the orderly. He was waiting for my father to call back, to tell him if someone was arriving. I arrived. Waiting for family confirmation before they removed the breathing tube. I said, you can remove the breathing tube. I told them, you can remove my mother’s breathing tube. My cousin Patti and her husband Joss appeared at the door not five minutes later. The monitor beside, two green lines of heartrate, red line of blood pressure, a blue line of the rate of oxygen in her bloodstream. When the tube was slowly pulled, a new white line of her respiration rate. Not twenty minutes, watching the lines run slowly lower, low, the orderly even asking if we needed the monitor shut off. How else would we know? I wanted to know; asked questions about the coloured lines before I understood, could only speculate so much. After fifteen or so minutes, the white line low to the point of immobile, straight, and every other line up finally dissipating. Not strong enough to breathe on her own, the heart slowly stops. Her green lines down to zero, announced at 10:27, glassy half-open eyes and open mouth that Patti asked to have closed, something they couldn’t do, Joss reported back. I didn’t feel the need to ask why.

I had expected to sit the night. Settling in.

The empty weight of her. I gave them permission, and twenty minutes later, she died.

Upended, spun out in grief; am I staring endlessly down or endlessly up?

Needing things I will not ask for, and shutting down for the absence; is this ego or will? Why should I have to ask? I wanted someone to know me well enough to know; but how can they know if I am forever holding back?

Too much coffee at the wake and too much wine at home and then back to the wake for tea, wrapping everything up so tight it wouldn’t give, it wouldn’t slip. Girlfriend in Toronto deflecting, dealing with her own things. There was nowhere else to put my grieving. Held my breath.

I returned home. To look after things. To hold together. As the rest of the world might crumble, I would pick up pieces, put them gently back in place.

My mother’s illness shaped the house, and all of us inside. We moved our bodies to adapt, navigating ourselves in unusual, unnatural shapes. If only it were but the elephant in the room. Each of us in turn forced to respond and adapt. My sister discovered and developed her own strength after teenage years of lashing out and eventually turning on herself, finding her own sense of twentysomething grounding and purpose. Where I did the same, seeking replacements for that lost parent, perhaps, handing all my everythings to a succession of girlfriends I expected too much of. This is not how one achieves balance.

[see here for links to other sections]
Posted by rob mclennan at 9:01 AM
Labels: McLennan genealogy, mother, The Last Good Year