12 or 20 (small press) questions: Aaron Cohick on The NewLights Press 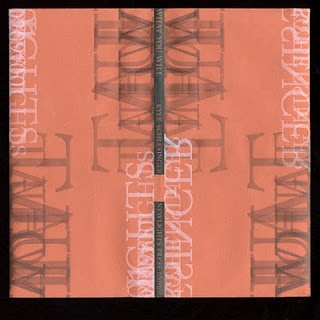 The NewLights Press is an independent publisher of experimental writing and artists’ books, concentrating on where the two can and do overlap. All NewLights books are printed and bound by hand, utilizing media from the obsolete (letterpress) to the everyday (laser printing). The NewLights Press was founded by Aaron Cohick in Baltimore, MD in 2000, and currently resides in Colorado Springs, CO.

1 – When did NewLights Press first start? How have your original goals as a publisher shifted since you started, if at all? And what have you learned through the process?  2 – What first brought you to publishing?
I came to publishing accidentally. I was studying painting at an art school in Baltimore, and needed to take a printmaking credit. That year, 2000, my sophomore year, they happened to be offering a class called “Zines” that was a dual credit class, part printmaking and part creative writing. I had always had an interest in writing as well as visual art, so it sounded interesting. In that class, I made my first book and knew immediately that that was I wanted to do. So I started the NewLights Press, with no idea what that meant or where it could possibly go.

I didn’t start with any real goals beyond “make books.” And that still, essentially, remains the primary goal. As one might expect, the idea of making books has become more complicated over time, as I learned more about small press publishing, artists’ books, fine/private press publishing, zines, critical theory, and book history. Now I guess the goal is to “make books,” but to make books that contain all of those things, that exist in the transitional spaces between those worlds.

3 – What do you consider the role and responsibilities, if any, of small publishing?
These lines from Jack Spicer, which also serve as the “succinct mission statement” for NewLights:


Tell everyone to have guts
Do it yourself
Have guts until the guts
Come through the margins
Clear and pure
Like love is. 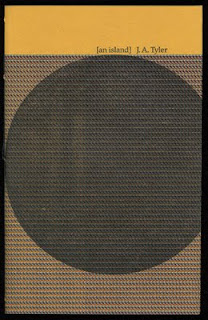 4 – What do you see your press doing that no one else is?
The NewLights Press engages with the practice of making & publishing books as an “artistic” pursuit. But that means more than making nice looking books. When I say “artistic” I mean it in the full, fine art sense, where form, content, modes of production, and modes of distribution/reception are arranged to hold each other in a productive tension. The books aren’t just about the text that they contain, they are made in such a way as to call attention to every aspect of the process of their construction, as well as the process of reading them.

6 – How involved an editor are you? Do you dig deep into line edits, or do you prefer more of a light touch?
I’m a “hands-off” kind of editor, for the most part. My primary concern is how to interact with the text on a visual/material/productive level, how to make the book. I usually spend more time talking with an author about the work than picking it apart, as I really have no idea what constitutes “good” or “proper” writing.

7 – How do your books get distributed? What are your usual print runs? 5 – What do you see as the most effective way to get new books and broadsides out into the world?
Our two main means of distribution are Internet sales and small press/book arts fairs. Occasionally, a bookstore that handles work like ours will sell some too, but that is irregular. Our print runs are relatively small (100 – 200 these days), so most books sell out eventually, if not very quickly. Internet sales have definitely been the most effective for us, but showing and selling work at fairs remains my favorite—I love getting to interact with people, answer questions, look at stuff they’ve made, etc. It’s always nice when the books can occasion some sort of exchange.

8 – How many other people are involved with editing or production? Do you work with other editors, and if so, how effective do you find it? What are the benefits, drawbacks?
The NewLights Press is, editorially, a single person operation. Occasionally friends or students assist with production. In the past I’ve tried to bring other people in as editors and collaborators, but we could never really get it to work. I still would like to get more people involved on a regular basis, but I’m waiting for the right people and a solid plan with which to do that.

9– How has being an editor/publisher changed the way you think about your own writing? 10– How do you approach the idea of publishing your own writing? Some, such as Gary Geddes when he still ran Cormorant, refused such, yet various Coach House Press’ editors had titles during their tenures as editors for the press, including Victor Coleman and bpNichol. What do you think of the arguments for or against, or do you see the whole question as irrelevant?
Running NewLights has definitely changed the way that I think about my own writing, but that change was not necessarily stimulated by the process of editing. The processes of designing and printing had much more of an impact. Now, for me, writing, designing, and printing are all the same activity, different pieces that overlap and inform each other. They are no longer discreet stages that happen in a definite order. And engaging with texts and books in that way has made self-publishing the only real option for me. I need to be the one printing the work, not because “the artist’s touch” is important, but because that part of the process needs to remain open and malleable. There is no ideal original that the copies should emulate, and thus I couldn’t simply send files to a printer and say “make this.” The books always change when they’re on press.

My workaround for this problem lately (in order to get some publication cred, and to participate in broader communities) has been to produce inserts for other publications. That way my work is “published” in a journal but I can still engage with the production.

11– How do you see NewLights Press evolving?
More books per year, and more kinds of publications. I have an idea for a strange little journal. I’d also like to start publishing a series of other kinds of text-based, “functional” artworks, like posters, t-shirts, and bookmarks. Ebooks remain an intriguing possibility, but I’ll need to figure out a way to engage with their (de)materiality. I’ve been “reprinting” out-of-print books online, but that is just a very simple, very practical way to begin.

13– Who were your early publishing models when starting out?
When I was starting out, I didn’t have any specific models. All that I had was a copy of A Secret Location on the Lower East Side (a book about the “mimeo revolution” by Steve Clay and Rodney Phillips), and a desire to make books. I had a very vague sense of what contemporary small presses, zines, and book artists were doing. But nothing specific.

14– How does NewLights Press work to engage with your immediate literary community, and community at large? What journals or presses do you see NewLights Press in dialogue with? How important do you see those dialogues, those conversations? 15– Do you hold regular or occasional readings or launches? How important do you see public readings and other events?
Community, both local and distant, has always been a major part of what NewLights does, has always been my favorite part of what NewLights does. The books and broadsides can serve as an anchor or channel for a community to develop. When the press was firmly based in Baltimore, regular readings were an important part of the practice. I’ve been moving around a great deal in the last 8 years, and establishing roots in a community has been difficult. Now that I’m in Colorado on what appears to be a long-term basis, I’d like to begin having readings and launches again. I’d also like to regularly publish Colorado-based writers so that NewLights once again supports and is responsive to its local community.

16– How do you utilize the internet, if at all, to further your goals?
In addition to Internet sales being our primary method of distribution, there is the NewLights Press blog, the IDE(A/O)(B)LOG(Y/UE), which is used both as a publishing platform for texts and ideas and an archive of the press and its process. It’s a place where the provisional, open-ended nature of publishing and making is foregrounded and discussed. I also hope that it can be a resource to other presses/writers/artists interested in the same things, both on a technical and a conceptual level. I try to thoroughly document the entire process of making each book, from the very first stages of working with the manuscript to binding together the finished product. The point being that there is no such thing as a “finished” product. Lately I’ve been thinking about, and making the first small steps toward, expanding the blog to include contributions from other people. Those could take the form of guest posts, the publishing of texts/images by other writers and artists, and interviews.

17– Do you take submissions? If so, what aren’t you looking for?
Officially, NewLights doesn’t accept unsolicited submissions. I say “officially” because occasionally I still get some anyway, and I always read them. But that’s the official policy because we publish so few books a year (I would love to be able to do four, but usually it’s two) and the time/money investment in each project is more intense than it would be for a “regular” small press. If NewLights was to expand to include a larger editorial team, then we might start accepting a limited amount of submissions.