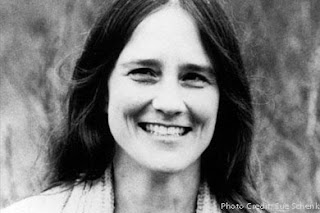 Roo Borson’s new book of poetry, Rain; road; an open boat, will be published by McClelland & Stewart in March 2012.

1 – How did your first book change your life? How does your most recent work compare to your previous? How does it feel different?
Having a first book published made it conceivable that I might one day be able to publish a second book. Since I hadn’t expected to be able to publish a book at all, it changed my view of what was possible. My new book of poetry is in some sense an extension of, or answer to, my last one; they form a pair. What feels different now compared with thirty-five years ago is that I’m able to think in terms of longer structures.

2 – How did you come to poetry first, as opposed to, say, fiction or non-fiction?
The magical properties of poetry impressed me as a child, went straight in. Sound, rhythm, and image still have that effect on children, and on me.

3 – How long does it take to start any particular writing project? Does your writing initially come quickly, or is it a slow process? Do first drafts appear looking close to their final shape, or does your work come out of copious notes?
I’m a slow writer, or rather a slow finisher. A piece has to start by itself, is not pre-conditioned or planned. The map makes itself as I explore the territory. Occasionally a first draft remains much the same; usually revision and rewriting continue for a long time, often several years.

4 – Where does a poem usually begin for you? Are you an author of short pieces that end up combining into a larger project, or are you working on a “book” from the very beginning?
A book will start with various short chaotic attempts in some new direction. It takes some months before it becomes apparent what that new direction might turn out to involve in terms of form and content. The arc a book takes evolves very gradually.

5 – Are public readings part of or counter to your creative process? Are you the sort of writer who enjoys doing readings?
Neither part of, nor counter to, but separate from. How much I enjoy giving a reading depends on the venue and the audience. I don’t approach a reading as a performance, but as a space of shared sound.

6 – Do you have any theoretical concerns behind your writing? What kinds of questions are you trying to answer with your work? What do you even think the current questions are?
Every poem has a question at its heart, but it may not be what can be considered a “theoretical” question. For me, the theoretical and the practical are fused in poetry, and the technical and the personal are indivisible.

8 – Do you find the process of working with an outside editor difficult or essential (or both)?
Kim Maltman is the editor of all my work, and is essential to it. Other close friends, as readers, inevitably ask valuable questions. An outside copy editor has saved me more than once from my own ignorance. It can be difficult to come to terms with how another sees a piece, but it does force an elaborate articulation of the tensions inherent in the piece, and whether some parts are best revised or left alone.

9 – What is the best piece of advice you’ve heard (not necessarily given to you directly)?
A Zen expression, “When dying, just die.” It sounds like really good advice.

10 – How easy has it been for you to move between genres (poetry to collaboration to non-fiction)? What do you see as the appeal?
Collaboration is like working alone, only with more skill. At its best, it’s thrilling. I don’t think I’ve ever moved from poetry; instead, poetry continues to reveal its breadth. Sometimes, by the word poetry, people mean a particular kind of verbal fabric. Other times they mean a nonverbal movement of the mind, of a kind that is at once identifiable and indefinable. Andre Alexis and I have a long running conversation, at least ten years so far, over the issue of whether poetry is fiction or non-fiction.

11 – What kind of writing routine do you tend to keep, or do you even have one? How does a typical day (for you) begin?
Coffee first. After that, everything depends on what I’m doing to make a living at a given time.

12 – When your writing gets stalled, where do you turn or return for (for lack of a better word) inspiration?
I wait. If there’s something there, it will return. So far, it always has.

14 – David W. McFadden once said that books come from books, but are there any other forms that influence your work, whether nature, music, science or visual art?
Everyday life is what enters my work, so this includes music, the sciences, the visual arts, local surroundings, people, cooking, and of course books.

15 – What other writers or writings are important for your work, or simply your life outside of your work?
Far afield, a few of them would be: W.G. Sebald in Michael Hulse’s translations, M.F.K. Fisher, Harry Mathews, John Donne. Closer to home and on a daily basis: Kim Maltman, Andre Alexis, and Andy Patton, their writings and their minds.

16 – What would you like to do that you haven’t yet done?
Travel to more places.

17. If you could pick any other occupation to attempt, what would it be? Or, alternately, what do you think you would have ended up doing had you not been a writer?
If I hadn’t gone to UBC in 1975, I would have continued working as a clerk in the Kitsilano library.

18 – What made you write, as opposed to doing something else?
It’s the only thing that has been consistently of interest to me that also feels possible.

20 – What are you currently working on?
Having recently finished a book, I’m now heading out in a new direction.

Roo Borson reads in Ottawa on Thursday, March 1, 2012 as part of the second annual VERSeFest.


12 or 20 (second series) questions;
Posted by rob mclennan at 9:01 AM
Labels: 12 or 20 questions, McClelland and Stewart, Roo Borson, VERSeFest