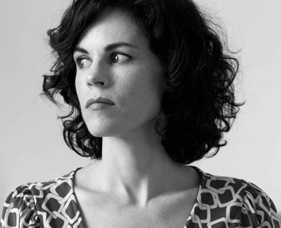 Nicole Lundrigan grew up in Upper Gullies, Newfoundland, with her five siblings and parents, John and Nancy Lundrigan. She attended Queen Elizabeth Regional High School in nearby Foxtrap. During her final year at QERHS she enjoyed a semester of school in Amiens, France where she lived with a Baron and Baroness in the Chateau de Prouzel.

After high school Nicole moved to Fredericton where she earned a BSc from the University of New Brunswick. The summer after graduation, she resided in the small community of Morawhanna, Guyana, where she helped to rebuild a schoolhouse, volunteered with a doctor bringing healthcare to remote villages, and assisted in a sea turtle conservation program on Shell Beach. Upon returning to Canada, Nicole attended Saint Mary’s University and received an Honours BA in Anthropology. During her time in Halifax, she worked on an archaeological dig which involved the removal and analysis of skeletal remains beneath the Little Dutch Church. In 1996 Nicole moved to Ontario and completed an MSc from the University of Toronto with a focus on physical anthropology. Her main area of interest was understanding the conditions affecting the degradation of DNA in post-mortem skeletal remains.

Shortly after graduation, Nicole began freelance writing. Her work has appeared in a variety of publications, including Reader’s Digest, Mothering: The Natural Family Living Magazine, Law and Order: Police Management, and the Halifax Daily Herald. She is the author of four novels: Unraveling Arva, Thaw, The Seary Line, and Glass Boys. Her literary fiction has been selected as a top ten pick by the Globe and Mail, was long-listed for the Relit Award, and was awarded an honourable mention for the Sunburst Award.

Nicole resides in Ontario with her husband and three children.

1 - How did your first book change your life?
My first book never changed my life at all (not in any way I can define, at least). Although I did discover the drive to write a second novel, and the desire to make it better than my first.

How does your most recent work compare to your previous? How does it feel different?
My most recent work is darker in subject matter and predominantly investigates male relationships. In many ways, Glass Boys feels like a much tighter piece of writing, and that’s thanks to a rigorous edit.

2 - How did you come to fiction first, as opposed to, say, poetry or non-fiction?
During high school and university, I occasionally wrote poetry. I don’t remember any of it, and never kept a single poem. I also did my share of writing non-fiction while in school. When I began writing after university, it was freelance articles – mostly based on topics I covered in my education or personal experiences. After a couple of years of freelance writing, I decided to try my hand at fiction. I knew nothing about writing a novel or the chances of it ever being published, but somehow I made my way through.

3 - How long does it take to start any particular writing project? Does your writing initially come quickly, or is it a slow process? Do first drafts appear looking close to their final shape, or does your work come out of copious notes?
Usually when I’m finishing up a novel, I have a couple of vague ideas in mind for my next project. Then during a break from writing, one character’s voice starts to override the others, and I make a commitment to tell a particular story.

When I know where I’m going, the writing comes fairly easily. But when I flounder, it’s a slow and painful process.

My ‘first draft’ is not really a first draft. I tend to add and take away as I go along. If I’m struggling to move forward with the book, I’ll tread water by working on a previous section until it feels right.

4 - Where does fiction usually begin for you? Are you an author of short pieces that end up combining into a larger project, or are you working on a "book" from the very beginning?
I’m always writing a book from the beginning, but I do write it in short chunks.

5 - Are public readings part of or counter to your creative process? Are you the sort of writer who enjoys doing readings?
I don’t think they are really connected to my creative process. So, neither. Readings make me quite anxious, but I do enjoy spending time with readers and sharing my work. I would say I like the memory of readings… once the nerves have faded.

6 - Do you have any theoretical concerns behind your writing? What kinds of questions are you trying to answer with your work? What do you even think the current questions are?
Not really. During the week I have so little time to write, and when I find the opportunity, my goal is to get the story on paper. I’m not consciously trying to answer any large questions, just trying to explore certain situations, and doing my best to capture little snippets of the human experience.

8 - Do you find the process of working with an outside editor difficult or essential (or both)?
Definitely both. With Glass Boys, I worked with an editor who really helped me take the book apart and piece it back together in a more engaging way. It was an intensely difficult experience, as she nudged me to step outside myself, and view my writing from the perspective of a reader. Hard work, but her advice and guidance were invaluable.

9 - What is the best piece of advice you've heard (not necessarily given to you directly)?
About writing? I’m not sure there. But my mother always said to me, Don’t rest on your laurels. That has stuck with me into adulthood. I don’t spend much time feeling satisfied about my work. Usually I assess how something could have been better, and I strive to do that next time around. I’m a perfectionist.

11 - What kind of writing routine do you tend to keep, or do you even have one? How does a typical day (for you) begin?
I do spend a considerable amount of time thinking about my story, but I don’t spend much time in front of my laptop. When I’m there, though, I write fairly efficiently. My wavy goal is about 500 words a day. Sometimes I’m successful, most often not. I may actually write only a few hours a week.

12 - When your writing gets stalled, where do you turn or return for (for lack of a better word) inspiration?
When my writing stalls, I tend to feel infuriated with myself. I have to move about, and sometimes I’ve been know to do tasks like scrubbing grout or painting spindles to take my mind off things. There’s calmness inside that repetitiveness, and that’s often when I discover where I’m supposed to go.

13 - What fragrance reminds you of home?
I have a very strong sense of smell (not necessarily a blessing). Lots of smells remind me of home. Salt air, saw dust, fresh bread, wet spruce trees.

14 - David W. McFadden once said that books come from books, but are there any other forms that influence your work, whether nature, music, science or visual art?
I would say I’m influenced by nature: plants and water and animal behaviour.

15 - What other writers or writings are important for your work, or simply your life outside of your work?
There is no particular writer that I’d say is important to my work. In a way, everything I read is important on some level. I read all kinds of different books, from Milan Kundera to Joe Hill, Timothy Findley to Charles Fort. Plus lots of picture books and children’s stories.

16 - What would you like to do that you haven't yet done?
Travel to countries I’ve haven’t visited yet, learn to tile a floor, and make a perfect baguette.

17 - If you could pick any other occupation to attempt, what would it be? Or, alternately, what do you think you would have ended up doing had you not been a writer?
I would choose an occupation in the field of science, something related to the criminal justice system.

18 - What made you write, as opposed to doing something else?
Writing fit in nicely with staying at home to look after children. Motherhood in suburbia can be an intensely isolating experience, and in the past, writing helped to assuage that isolation.

20 - What are you currently working on?
I’m almost finished a draft of my fifth novel. Although my first four were based in Newfoundland, I decided to try something different for this book. My husband was born in former Yugoslavia, and over the years, I’ve heard many stories and learned a lot about that culture. I’m writing a mystery about three children who find something valuable while harvesting a government field near Belgrade, and shortly afterwards, one of them disappears.

12 or 20 (second series) questions;
Posted by rob mclennan at 9:01 AM
Labels: 12 or 20 questions, douglas and mcintyre, Nicole Lundrigan